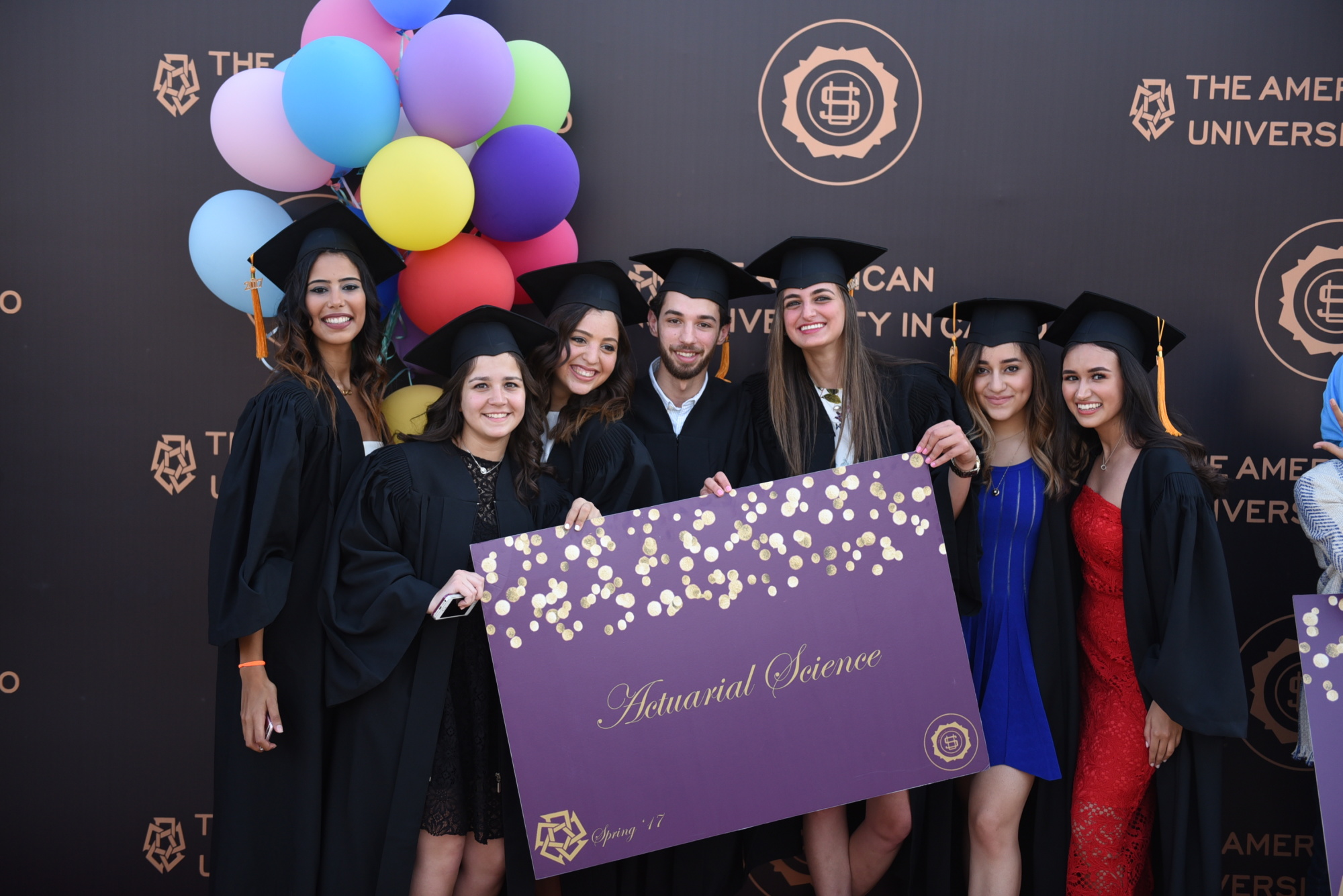 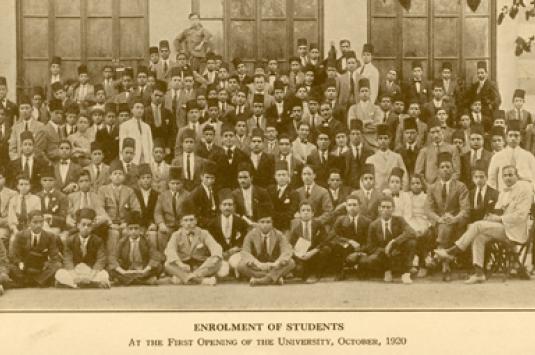 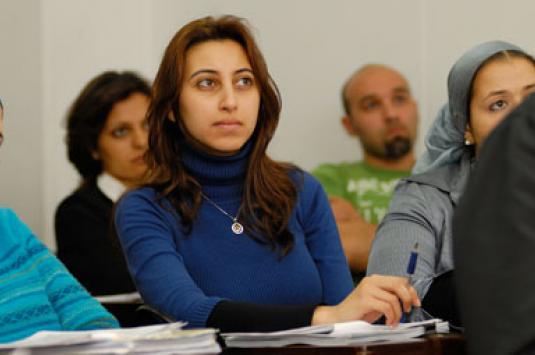 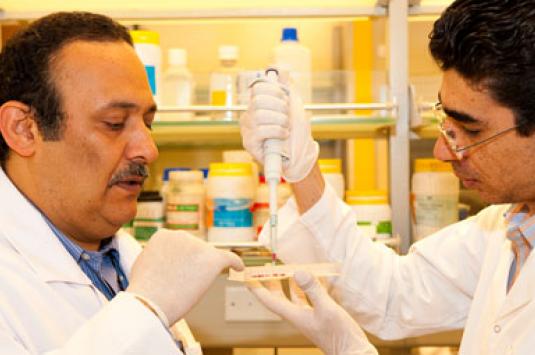 Egypt has the greatest burden of hepatitis C infection worldwide, with 10 percent of people between 15 and 59 years living with the virus. While Egypt has one of the highest rates of the virus, which affects an estimated 170 million people across the world, testing for the disease is out of reach for many due to the cost and lack of awareness about the issue. 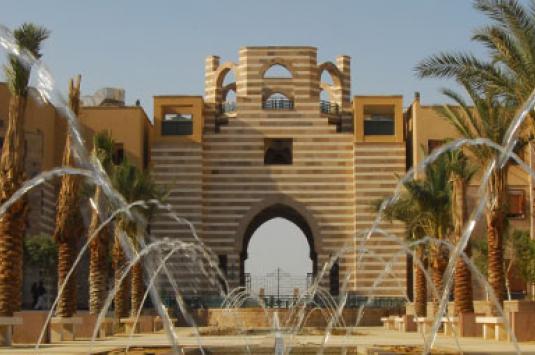 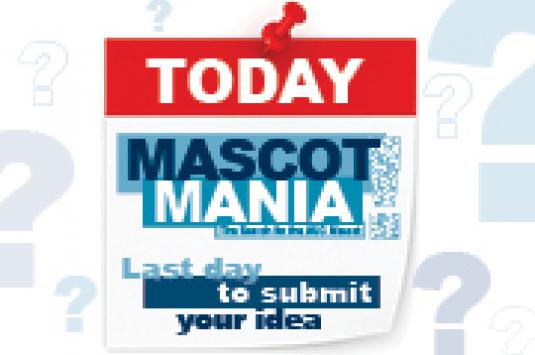 Last Day to Submit Your Entry to Mascot Mania Contest

Last Day to Submit Your Entry to Mascot Mania Contest 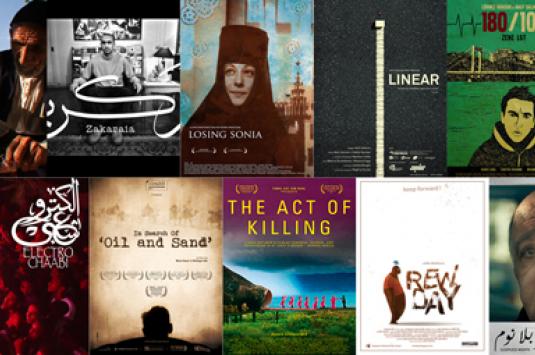 The visual cultures program in the Department of Arts is hosting a film festival at AUC Tahrir Square. Ismailia Film Festival Days of Cairo II will feature films and documentaries selected from the films shown at the 16th annual Ismailia Film Festival for Documentary and Short Films, which was held last summer. The Ismailia International Film Festival is renowned among Egyptian and international filmmakers for showcasing significant documentaries and shorts, which include features and animation, that celebrate cinema and creativity. 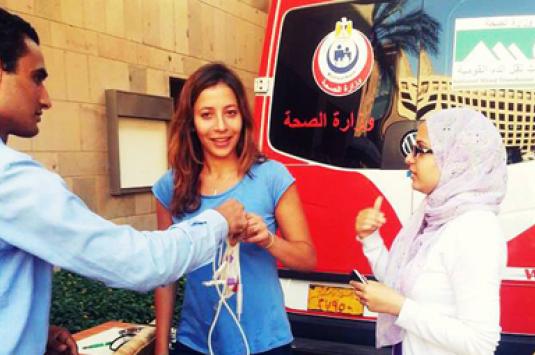 The ambulance parked in the corridor leading to the bus terminal at AUC New Cairo during the past weeks was not a cause for concern, but a sign of the AUC community’s ongoing commitment to service, as 137 AUCians donated blood during a campaign organized by Resala AUC and the Anti-Cancer Team (ACT) student clubs in mid-September and nearly 200 donated during a campaign organized by the Office of Medical Services last week. 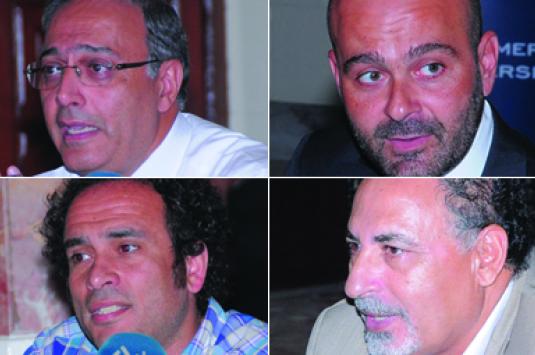 Egypt’s new constitution does not go far enough to protect freedoms and ensure balance of power among various branches of government, according to a panel of faculty experts dissecting the current draft of Egypt’s next constitution. Speaking at a media roundtable on Monday, faculty warned that the constitution was only the beginning. The development of laws, enforcement capabilities and institutions would be critical to any long-term positive change, asserted the panel. 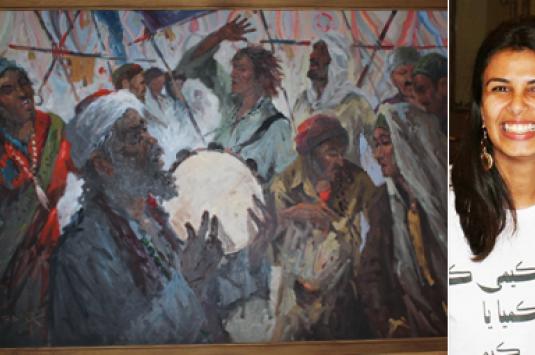 A chemistry student at school and an art lover at heart, Mayan Sabry, who graduated with a bachelor’s in chemistry last spring, has utilized her scientific knowledge to introduce mechanisms by which forged art may be identified. These methods involve a thorough analysis of the artist’s fingerprint –– the color palette. 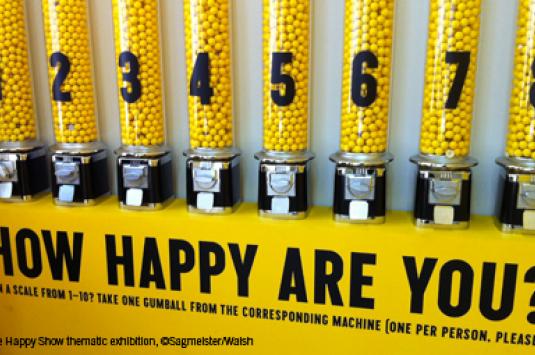 Egypt is not a happy nation, according to the World Happiness Report, commissioned by the United Nations Sustainable Development Solutions Network and published by the Earth Institute at Columbia University. Among the 156 nations surveyed in the report, Egypt had the greatest fall in happiness levels in comparison to previous years. On a scale of 1 to 10, Egypt garnered a score of 5.4 between the years 2005 and 2007, but averaged a score of 4.3 between the years 2010 and 2012. This places Egypt 130th among the 156 nations ranked according to their happiness ratings. 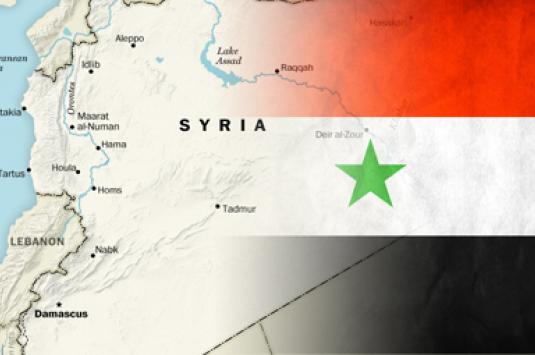 On August 21, missiles loaded with the chemical agent Sarin were launched at Ghouta, a suburb of Damascus, Syria. Nearly 1,500 people were killed in the attack, and U.S. President Barack Obama threatened limited military strikes on Syrian government installations in response to the use of chemical weapons. During a press conference on September 9, U.S. Secretary of State John Kerry commented that a strike could potentially be avoided if Syria was to relinquish its arson chemical weapons. 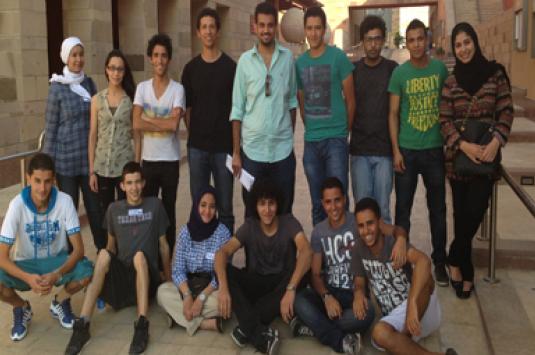 “I have one concrete goal, which is to be a force for progress wherever I am in the universe, and this goal has translated into a dream of developing Egypt so that it is a top country worldwide across all fields,” said Mazan Ayman, an electronics engineering senior and recipient of the Ayman Korra Endowed Public School Scholarship. “Studying at AUC has helped me a lot through its high-quality education and facilities. 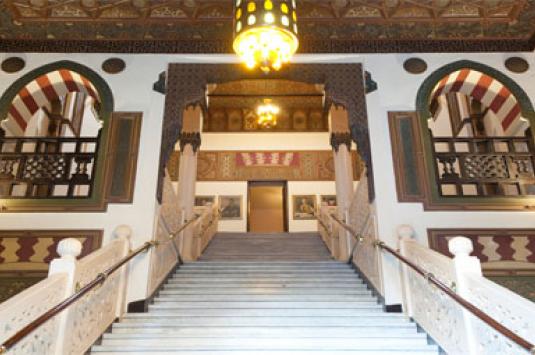 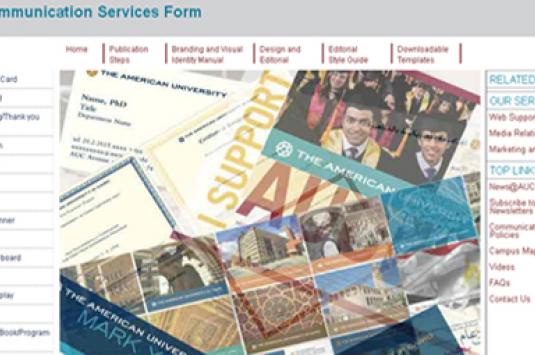 The University has launched a new Communication Services Form that will enable members of the University community to request projects for design and editing through a more efficient, user-friendly interface. 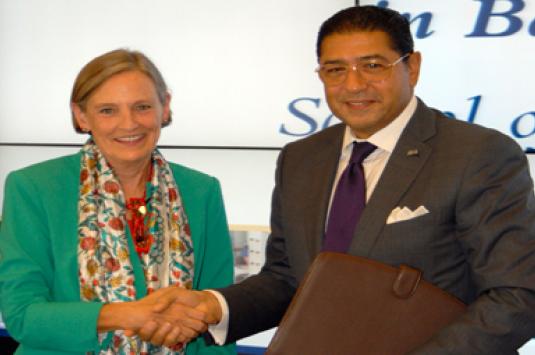 Promoting knowledge of banking through teaching, research and service, the University has recently established the Commercial International Bank (CIB) Endowed Professorship in Banking. An agreement was signed this week between AUC and CIB, and it is anticipated that a professor will be chosen for the position by Spring 2014.