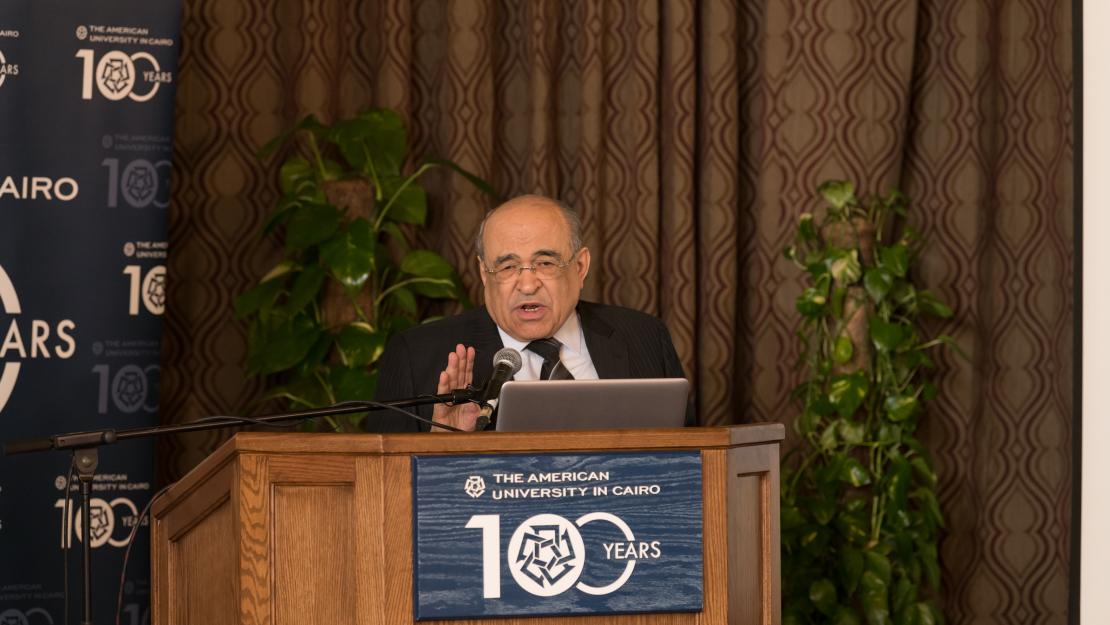 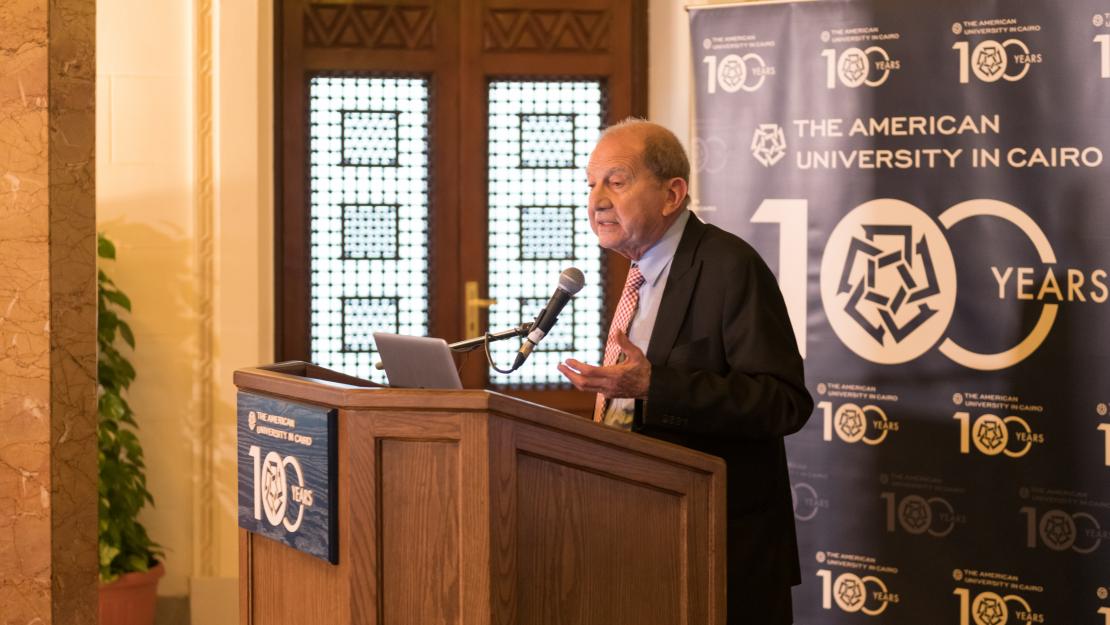 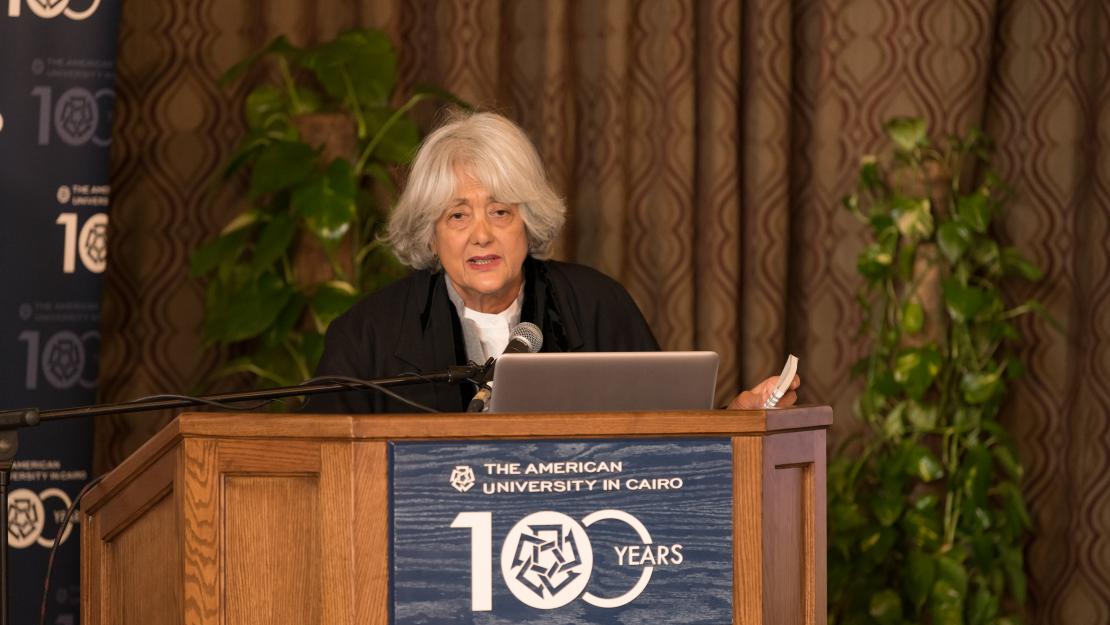 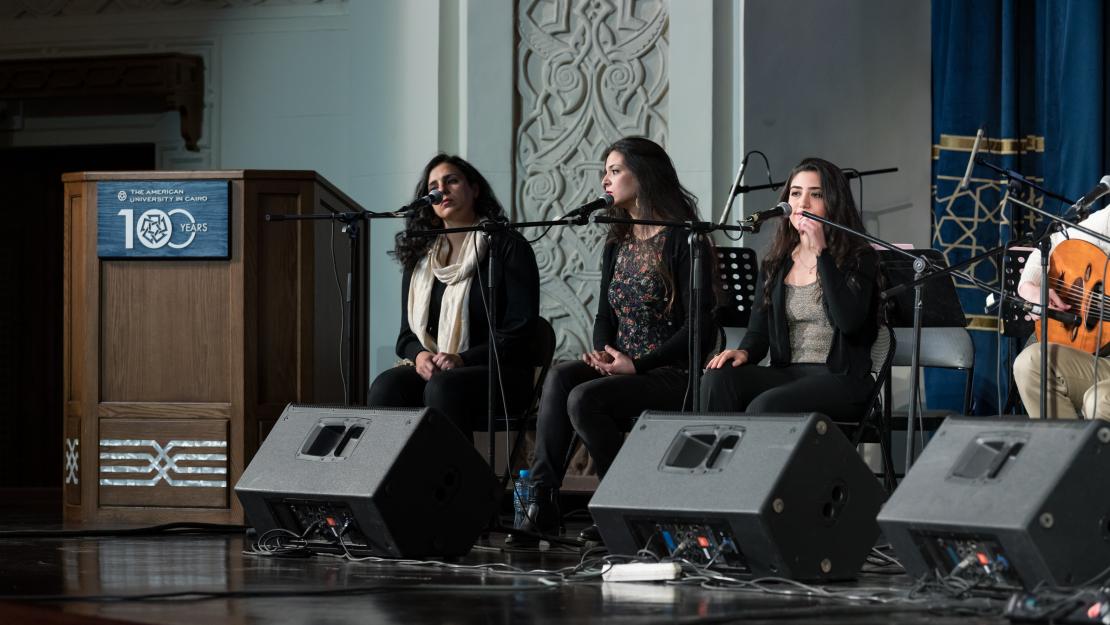 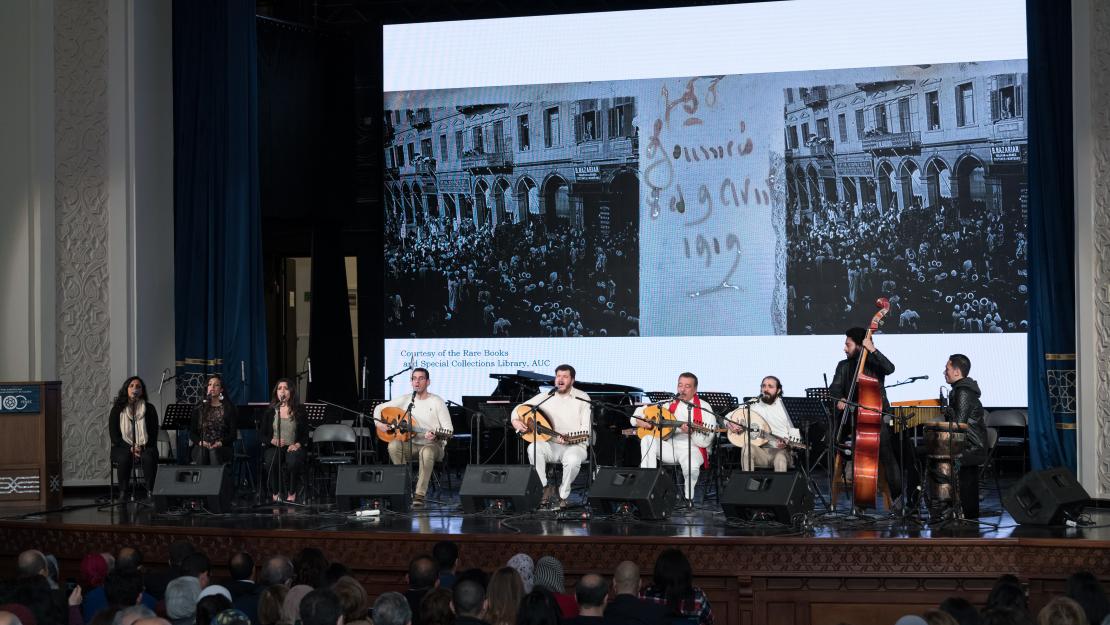 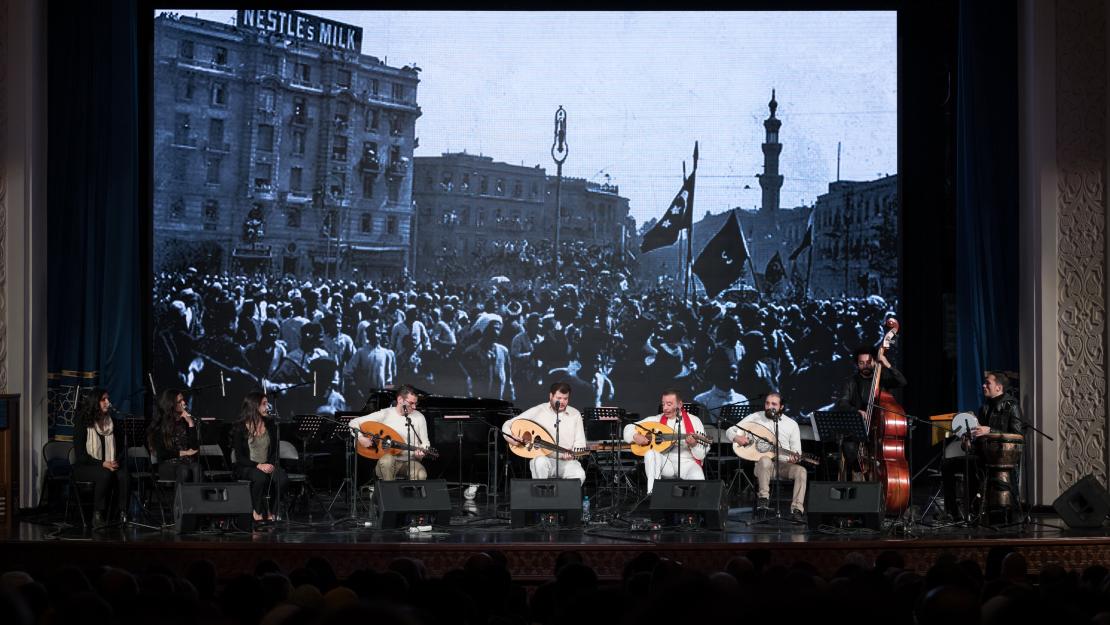 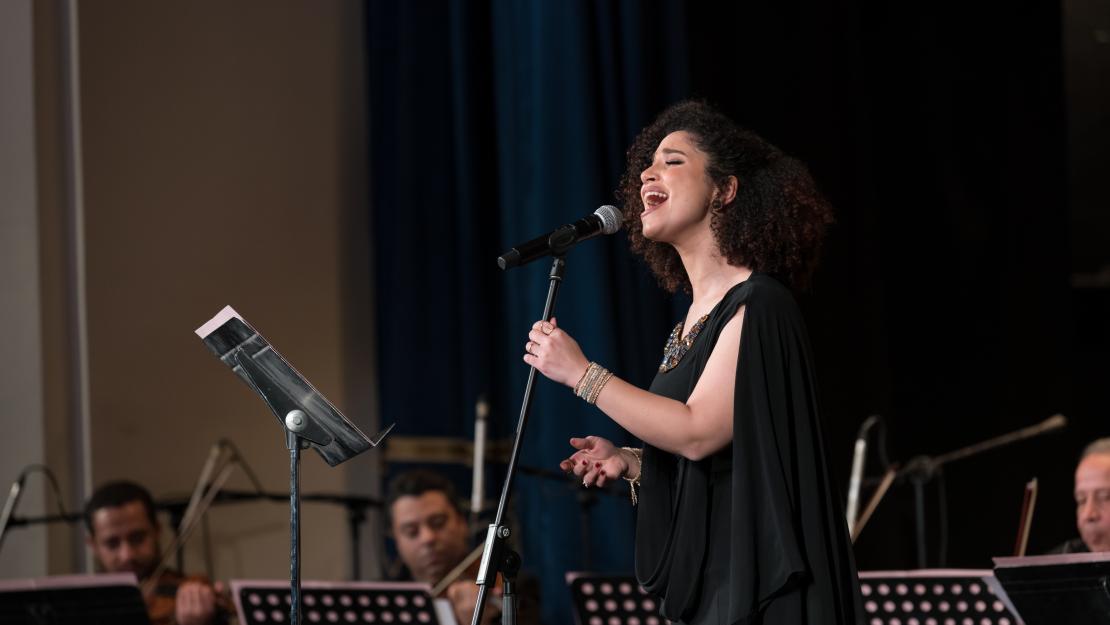 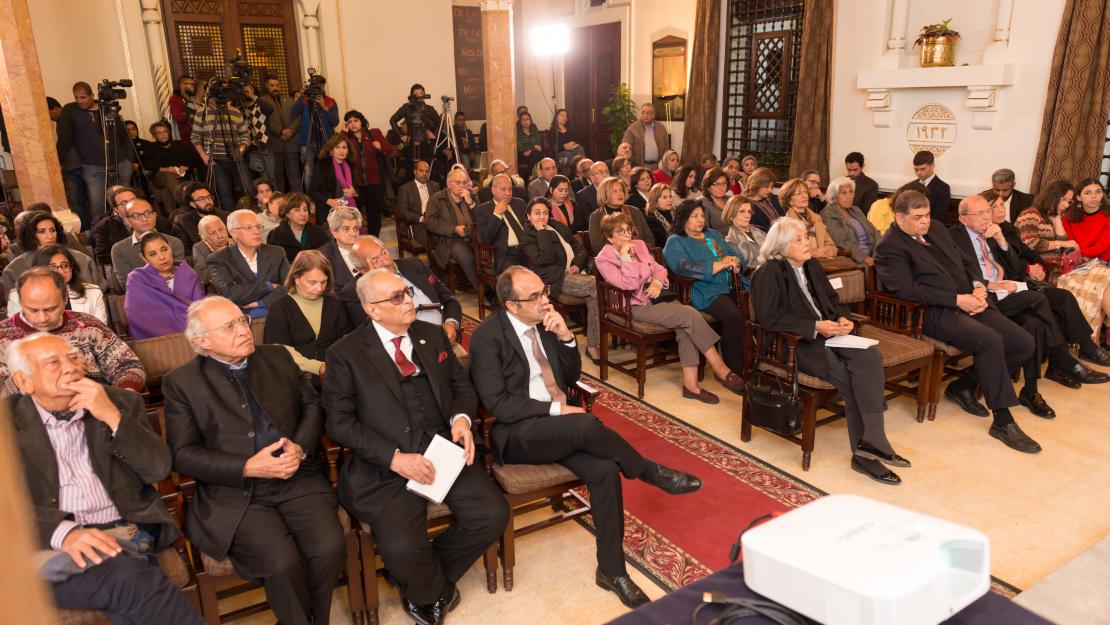 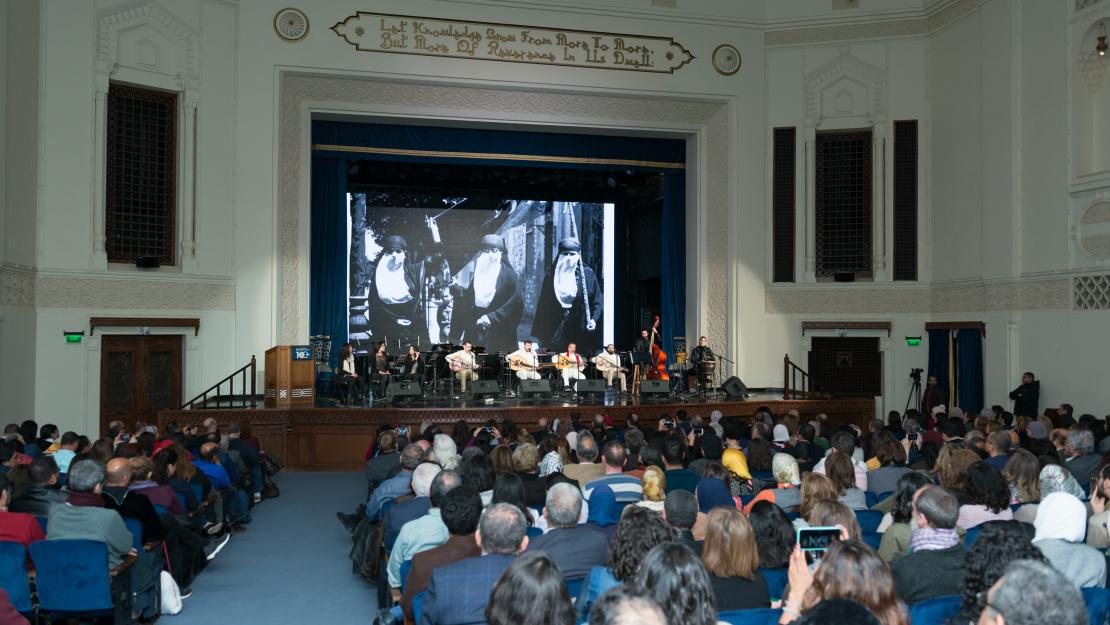 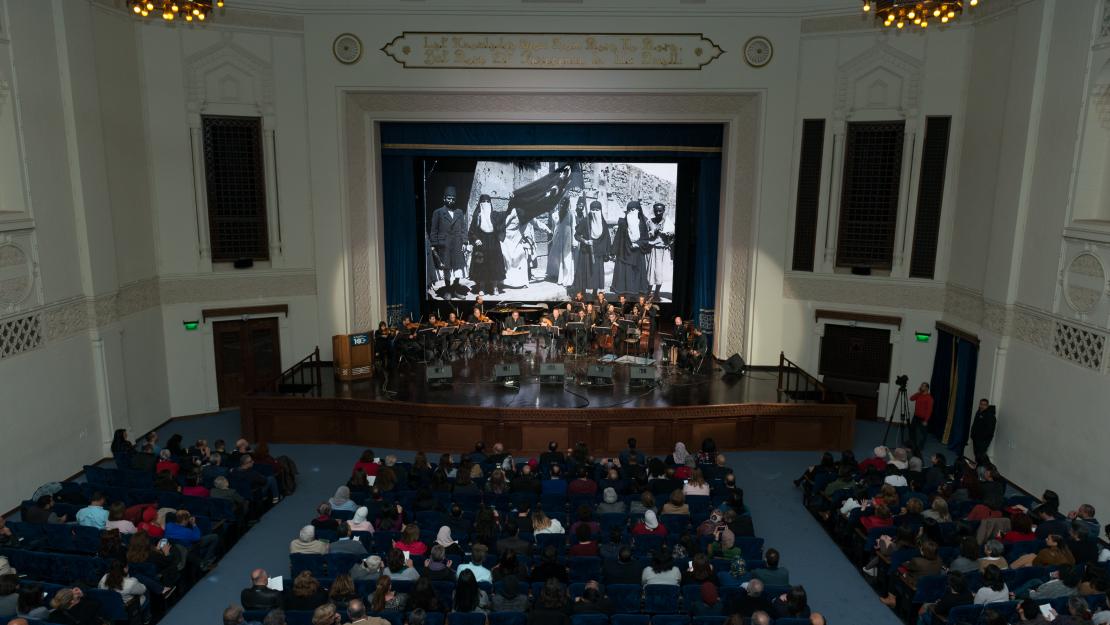 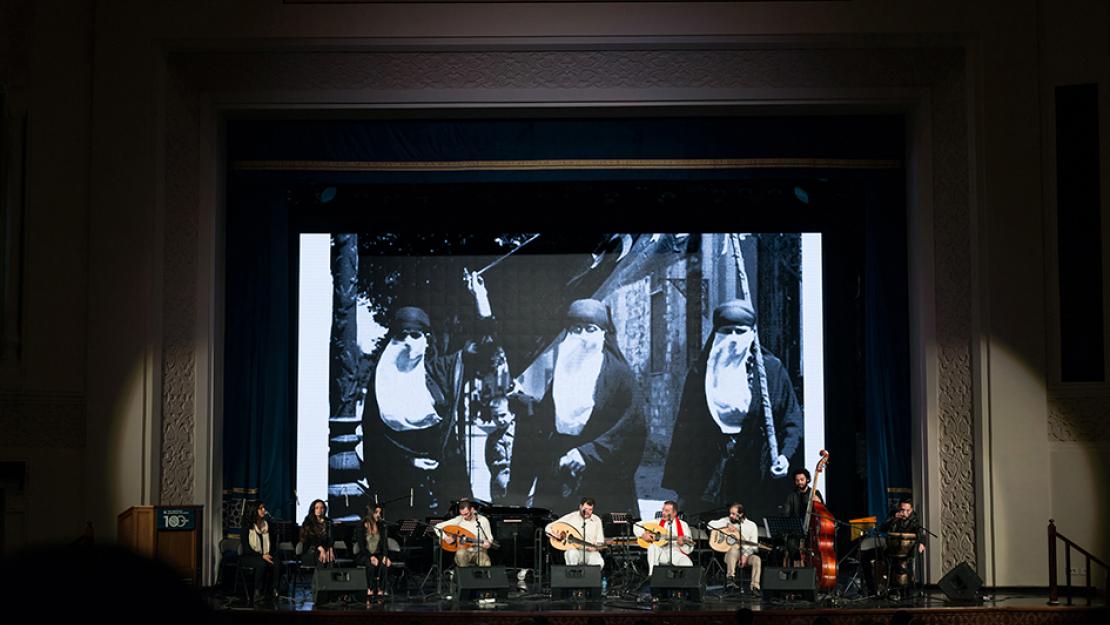 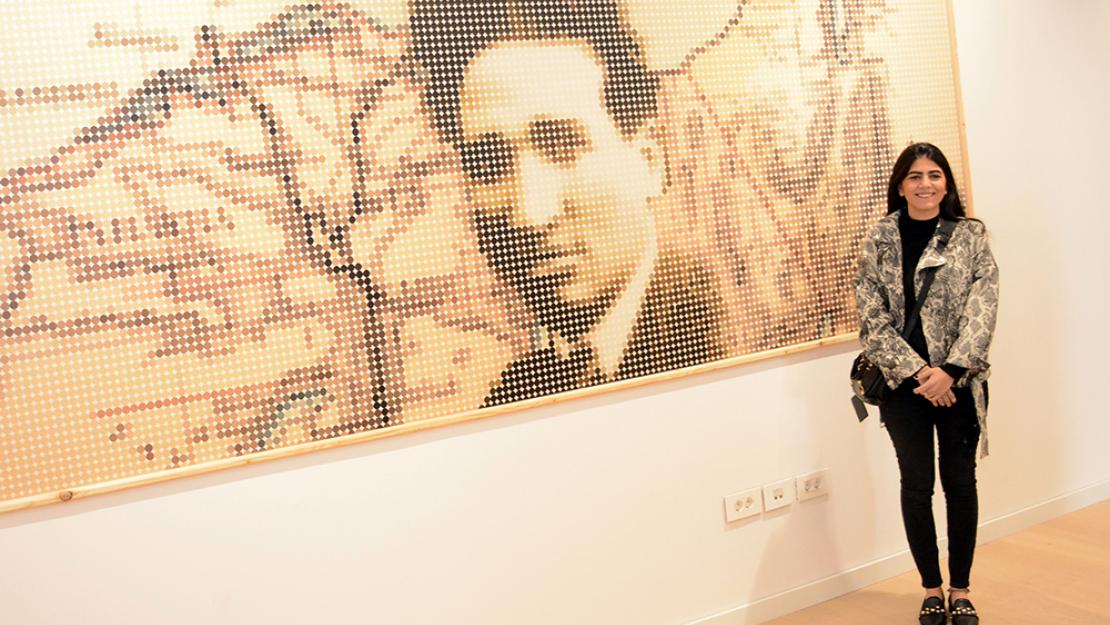 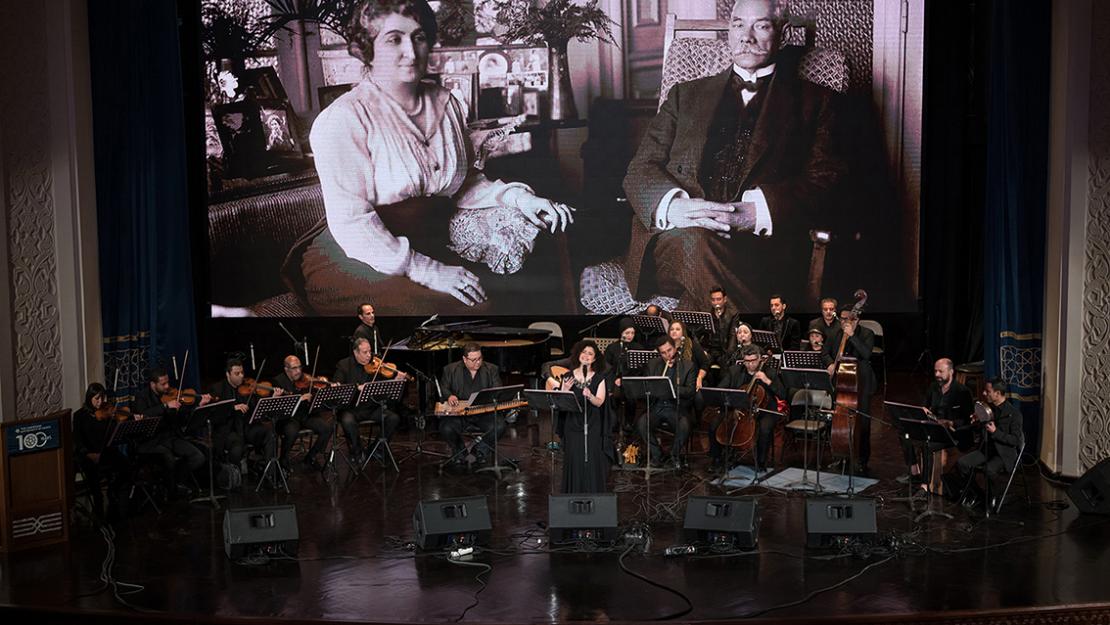 To commemorate Egypt's 1919 Revolution, AUC hosted a day packed with events last Saturday at its historic Tahrir Square campus, where Mostafa El Feki, director of the Bibliotheca Alexandrina; Mohamed Abou El-Ghar, professor of gynecology at Cairo University and political activist; and Sania Sharawi, novelist and the granddaughter of feminist and women’s rights activist Huda Sharawi discussed the eruption of the 1919 revolution; the impactful role of women; and the aftermath and the socio-economic and public forces landscape at the time.

The panel was followed by a concert showcasing a compilation of the most influential songs written for the revolution in a historic archive of lyrics, musical notations and multi-track recordings. The concert, directed by AUC Professor Mahallawy, featured Eskenderella with lead singer Hazem Shaheen and the AUC Ferqa with lead singer Nesma Mahgoub ’13

Amr Kamel, assistant director, Rare Books and Special Collection Library (RBSCL)  highlighted its role in preserving the history and culture of Egypt for humanity “one document at a time. Vintage copies of the "Sphinx' magazine from 1919, photographs of Saad Zaghloul, his wife's diaries as well as articles in the 'Musawwar" about the 1919 Revolution are valuable items we are preserving. Collections like our materials documenting the 1919 Revolution can now be shared internationally thanks to new digital media that makes this an easy and effective way to collaborate in [a] scholarly fashion."

Graphic design students showcased their reflections of 1919 revolution through an exhibition that is held in Howard Hall in Tahrir Campus, where they used materials from the RSCBL, pieces obtained from private collections, extensive historic research, and field work to produce their designs.

Alaa Eldin Edris, associate provost for research, innovation and creativity at AUC explained the significance of the celebration to AUC, saying: “In the modern history of Egypt, 1919 revolution is a political, social and artistic milestone. Our basic contribution was the authentication and the documentation of the artwork of Sayed Darwish and the 1919 revolution. Darwish was the voice of the revolution and its magical communicating tool and we couldn’t let this milestone pass by, without at least recognizing such work and great history.”