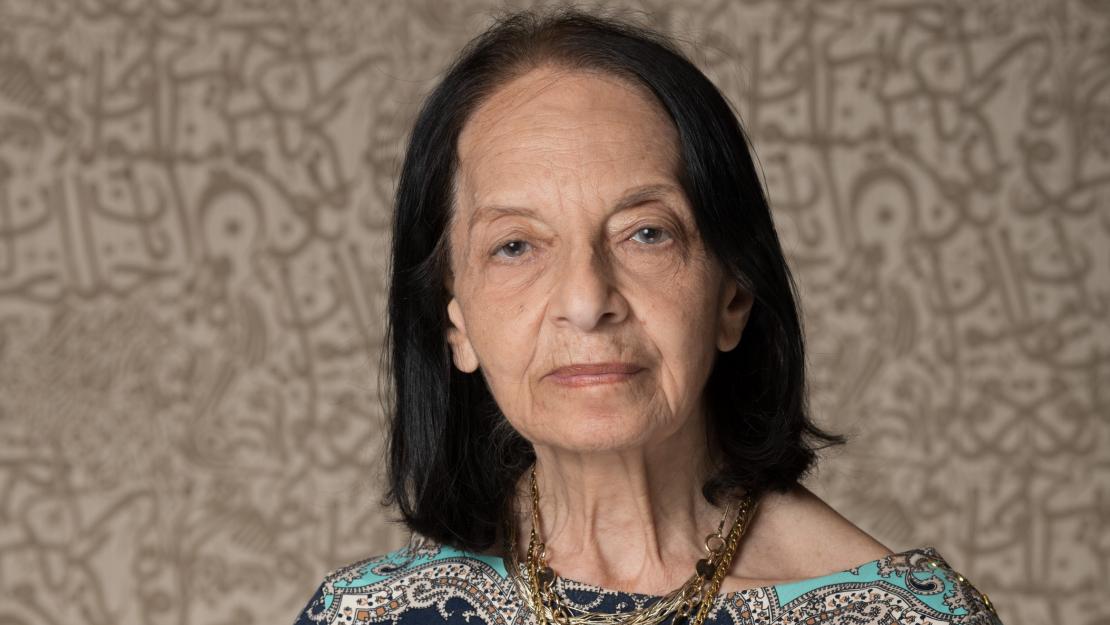 Shahira El Sawy (MA ’65, MBA ’91), dean of libraries and learning technologies, nostalgically recalls the day she came to AUC more than 50 years ago.

“I came to AUC as a graduate student in 1962 to study anthropology. At that time, a course cost EGP18,” said El Sawy. “Joining the library didn’t even cross my mind back then.”

While studying for her master’s in sociology-anthropology at AUC, El Sawy was offered a six-month position in the AUC Library’s social sciences department. She recalls that, at the time, the library was more of a books’ warehouse, with no automation, no digital databases and no qualified librarians. She quickly grew and developed in her position to become Egypt’s first dean of libraries.

“When I joined the library, it was very small and nobody trained me,” El Sawy noted. “The social sciences department was on the sixth floor in Hill House. I was given a pile of books I didn’t even know what to do with, and it was at this point that I decided to teach myself from the very beginning. That’s how it all started.”

Although El Sawy didn’t enroll in library studies courses, she never allowed this to be an obstacle in her career. She became part of almost every department in the library and always believed that hard work, dedication and hands-on experience are the best instructors.

“Nowadays, things are very different,” El Sawy said. “With all the advancements in librarianship and in an era of prompt technological change, a degree in librarianship is certainly a requirement for the deanship of an academic library."

When the director of libraries resigned in 1995, El Sawy, then deputy librarian, was asked to apply for the directorship of the library. During her interview, she was asked why she had applied for the position without having a degree in librarianship. El Sawy’s answer was that she had learned about libraries through her various positions and had taught herself, but the only thing she missed was that she didn’t attend classes nor sat for librarianship exams in college. “They liked the answer,” she said, with a smile, “and hired me as director of libraries.”

In 1998, El Sawy was promoted to dean of libraries. When offered the deanship, El Sawy decided to work really hard to leave her imprint and contribute in making the libraries evolve to be up to AUC’s high standards and also compete internationally.

With her known love and passion for knowledge, El Sawy earned her MBA from AUC in 1991, which she feels has contributed in her becoming founding dean of the libraries. “The dean of libraries should be very well-informed and should have a background in management in order to be able to handle such a critical place,” said El Sawy. “My children were also pursuing their bachelor’s degrees at the same time, so we used to study together — each in his own subject.”

Under the leadership of El Sawy, AUC’s Libraries and Learning Technologies provided the University with a service-oriented, high-tech, advanced library, as well as a unique Rare Books and Special Collections Library and archives collection. El Sawy also established the now-independent Center for Classroom Technologies and Media Services.

“Every year, we used to retrofit five smart classrooms until we reached 30 classrooms, after which Media Services was renamed Classroom Technologies and Media services,” she explained.

Back in the 1990s, the library had no connectivity, which made subscribing to any electronic databases almost impossible. “It was in the late 1990s that we were able to launch the library’s first website, subscribing to a number of electronic databases. The library was also the first department to establish the first Wi-Fi laptop laboratory at the University,” El Sawy affirmed, adding that she had received an email from the president’s office at the time acknowledging that the library was the first department to introduce information technology at AUC.

El Sawy was also the first to bring radio-frequency identification technology, a tracking system that uses smart bar codes to track items, to AUC’s libraries in order to protect its assets. The library was also the first at AUC to use smart IDs for entrance, which was then expanded to a University level, according to El Sawy. In 2002, the Egyptian Association of Library and Information Science awarded El Sawy for being the first dean of libraries in Egypt. During the same year, El Sawy presented a proposal to the University Senate to establish a Center for Learning and Teaching.

With the AUC’s big move from AUC Tahrir Square to the New Cairo campus, Libraries and Learning Technologies went through a major restructuring for a more efficient and advanced technological service that addresses the needs of the community. “I chose the library’s location at the New Cairo campus to be at the center of the schools, to better serve the community,” El Sawy noted.

Outside of AUC, El Sawy co-founded the American International Consortium of Academic Libraries, was a consultant for the Egyptian Parliament’s library and IT departments and served on the selection committee for the chief librarian of Bibliotheca Alexandrina.

Holder of a bachelor’s in English language and literature from Cairo University, El Sawy earned both her master’s degrees from AUC — sociology-anthropology and an MBA. She’s always been passionate about learning and gaining new knowledge in different fields.

“I went to Cairo University at the age of 17 and was considered avant-garde by my family, being the first female in the family to go to college,” El Sawy explained. “My mother — who was half Egyptian, half Turkish — had put a condition of quitting university in case of finding a potential partner.”

El Sawy grew up with a French-speaking mother who helped her master the French language and a “strict” father who was the undersecretary-of-state in the Ministry of Agriculture and had a PhD in horticulture from University of California at Berkeley. El Sawy’s father placed great emphasis on his children’s education.

“I graduated from the English School in Cairo, a prestigious co-ed British School, which I consider a forward-looking school for offering a liberal arts education back then,” she said. “They taught us how to think critically and how to accept and cherish diversity.”

In 2004, El Sawy received the President's Distinguished Service Award for exemplary service and selfless dedication to the mission of AUC.  “I made a vow to myself that the AUC Library would always be at the forefront of things. I am very proud of where the library is now,” said El Sawy.

After many years of service as the dean of libraries and learning technologies, El Sawy currently serves as special adviser to the provost. “AUC gave me a place where I enjoyed [what I’m doing] and provided education for myself and for my sons. AUC is very close to my heart, and I am grateful to AUC — always and forever.”