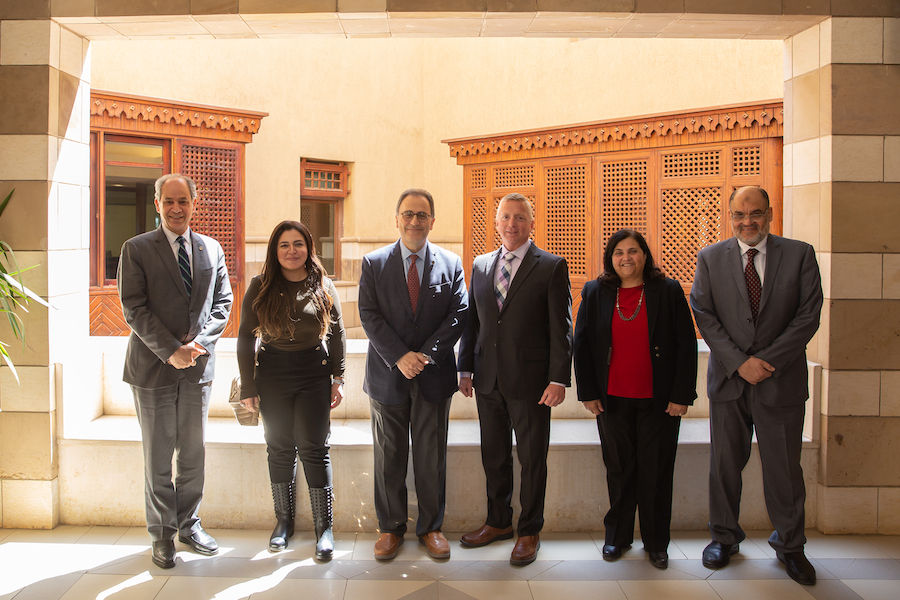 Rank went on a campus tour accompanied by members of the AUC advancement team and Ahmed Ghanem, a mechanical engineering sophomore and the current scholarship recipient. 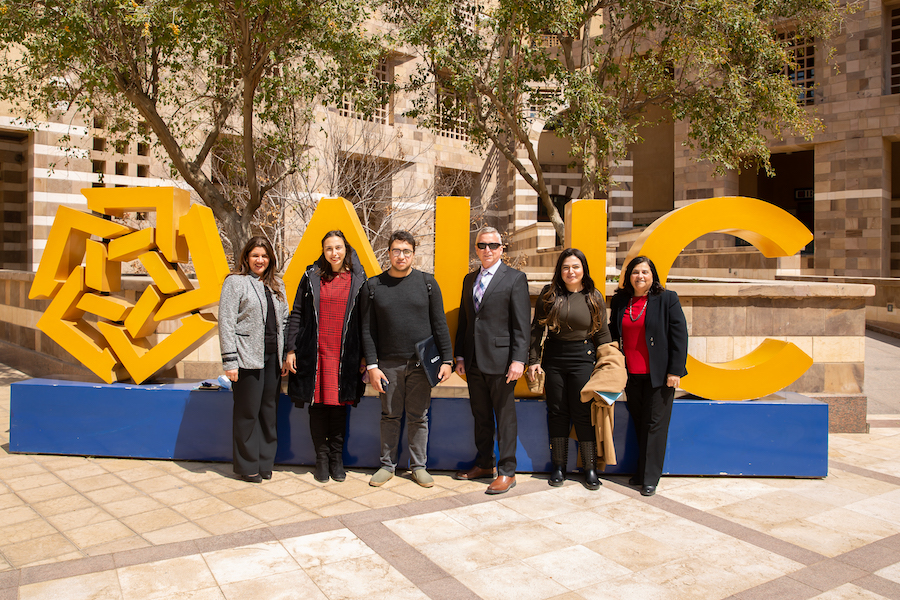 Every kid dreams of space, and thanks to Lockheed Martin, I can turn those dreams into achievements - Ahmed Ghanem, Mechanical Engineering Sophomore

Since 2014, Martin has supported an outstanding student from an Egyptian public school to study at the AUC School of Sciences and Engineering. Nour Abdelhamed, the first recipient of this scholarship, successfully graduated in winter 2020 with a major in computer engineering and a minor in psychology.

Martin is an American aerospace, arms, defense, information security, and technology corporation with approximately 115,000 employees worldwide, including 60,000 engineers and scientists. It has subsidiaries in the United Arab Emirates and Saudi Arabia.