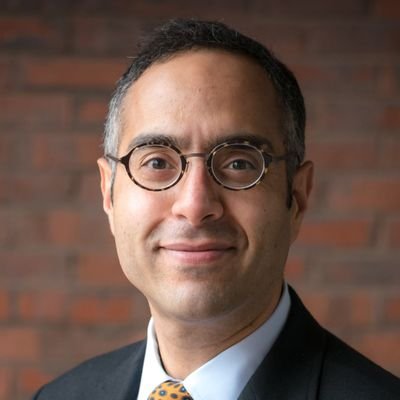 Dr. Tarek Masoud is the Ford Foundation professor of democracy and governance at Harvard University's John F. Kennedy School of Government. He is the co-editor of the Journal of Democracy, and the faculty director of the Kennedy School’s Middle East Initiative and the Initiative on Democracy in Hard Places. His research focuses on political development in Arabic-speaking and Muslim-majority countries. He is the author of Counting Islam: Religion, Class, and Elections in Egypt (Cambridge University Press, 2014), of The Arab Spring: Pathways of Repression and Reform with Jason Brownlee and Andrew Reynolds (Oxford University Press, 2015), as well as of several articles and book chapters. He is a 2009 Carnegie Scholar, a trustee of The American University in Cairo, and the recipient of grants from the National Science Foundation and the Paul and Daisy Soros Foundation, among others. He holds an BA from Brown and a PhD from Yale, both in political science.