The Department of Arabic Language Instruction oversees the teaching and learning of Arabic language and culture at AUC. ALI meets the needs of international students seeking knowledge at all levels of Arabic language and culture. It also helps Arabic-speaking students gain command of their native language to better serve their communities, their careers and personal development. This is accomplished by highly qualified faculty using content-based and learner-centered approaches designed to empower learners.

Established in 1921, ALI is the leading academic center for the study of Arabic in the Middle East

Highly qualified instructors, most of which have decades of Arabic teaching experience at all levels 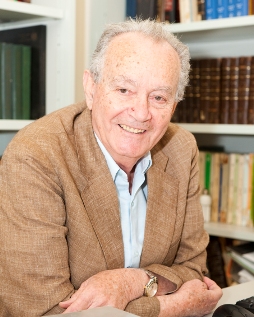 Elsaid Badawi, originally a professor at Cairo University, joined AUC in 1969 as a professor in the Center for Arabic Study Abroad (CASA). His motto was: “languages are to be learned, never taught”. The organization honored his services by presenting him with the CASA Lifetime Contribution Award in recognition of the four decades that he taught in the program.

In 1977, Badawi founded the master’s program in teaching Arabic as a foreign language (TAFL), which is a distinctive degree program with few, if any, counterparts in other American universities. TAFL graduated generations of professional, reputable instructors in the field working in the Department of Arabic Language Instruction (ALI) of  AUC and worldwide.

In addition to being a respected educator, Badawi also authored a number of notable books on the Arabic language, notably Mustawayat Al-Arabiyya Al-Mu’asira fi Misr, A Dictionary of Egyptian Arabic: Arabic-English and Modern Written Arabic: A Comprehensive Grammar and Dictionary of Qur’anic Usage. He is credited as being an inspiration to generations of Arabists and scholars across the world.