Coming out in the fall of 2019, the AUC centenary book, authored by Andrew Humphreys, celebrates AUC’s centennial with 100 short stories about the University. The stories will touch on a range of topics, such as history, students, faculty, staff, AUC’s contributions to Egyptian society, its global reach, the New Cairo campus and the future of the University. The book will be designed by Gadi Farfour, who previously designed Andrew Humphreys’ popular reads, Grand Hotels of Egypt in the Golden Age of Travel (AUC Press, 2015) and On the Nile in the Golden Age of Travel (AUC Press, 2015). The book will include more than 300 images, many of which were specially shot for the book.

About the Author: Andrew Humphreys

A journalist and author, Humphreys grew up in the United Kingdom. He began his career in Cairo in the 1980s, working for the English-language monthly magazine, Egypt Today. He has subsequently worked for multiple publications in the United Kingdom, Baltic States, China and India.

In 1996, he co-founded the English-language newspaper, Cairo Times. He has also written multiple guidebooks to Egypt (and Cairo) as well as other countries around the world, including Siberia, Central Asia, Iran and Syria –– published in Lonely Planet and National Geographic.

While not an AUCian, Humphreys has known the University on and off for around 30 years. He has spent a lot of time on campus visiting the AUC bookstore, attending exhibitions and events, and just relaxing by the fountains. 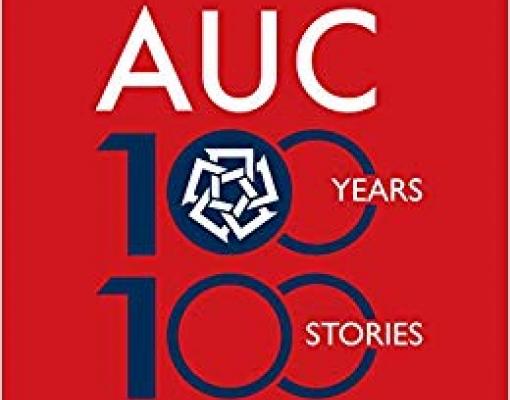 AUC is full of amazing stories. I have encountered some fascinating people and events, and I hope that the finished book conveys the excitement I have experienced while working on this project.