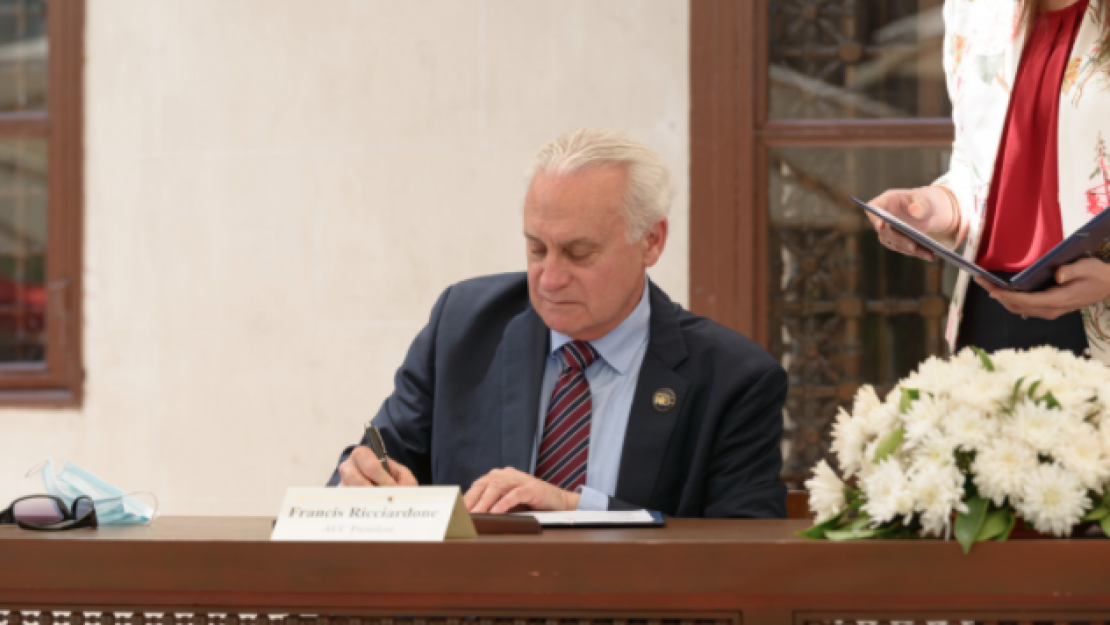 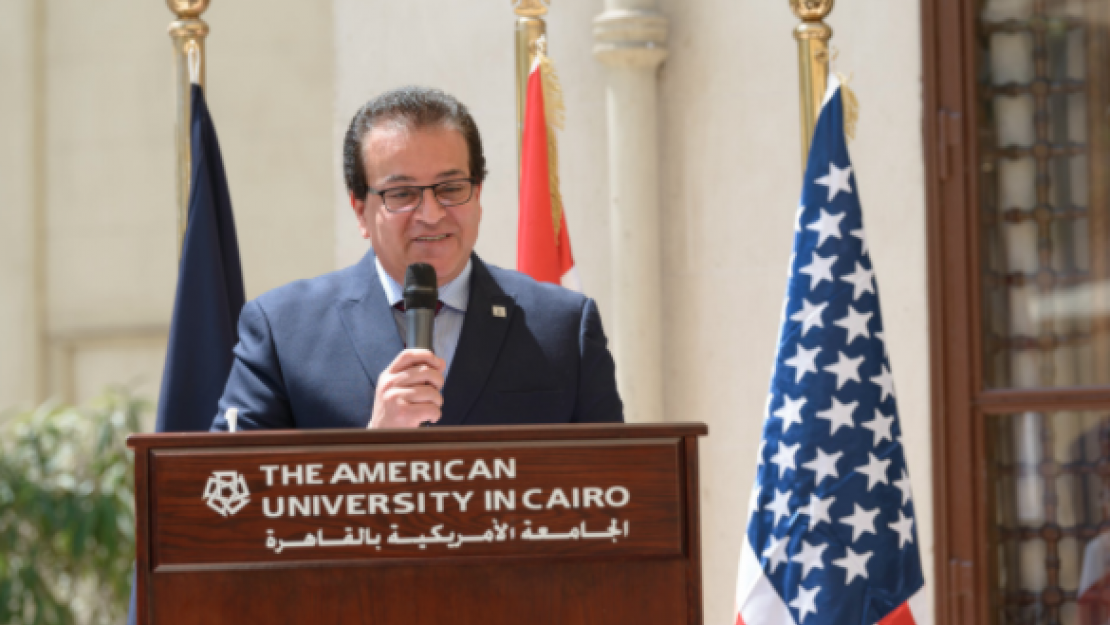 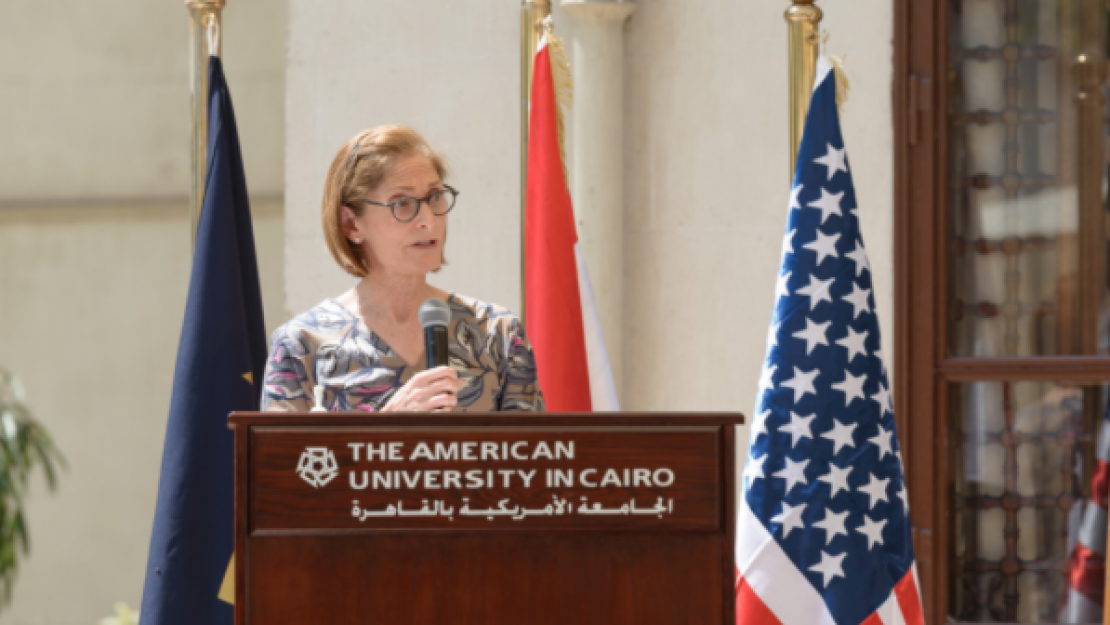 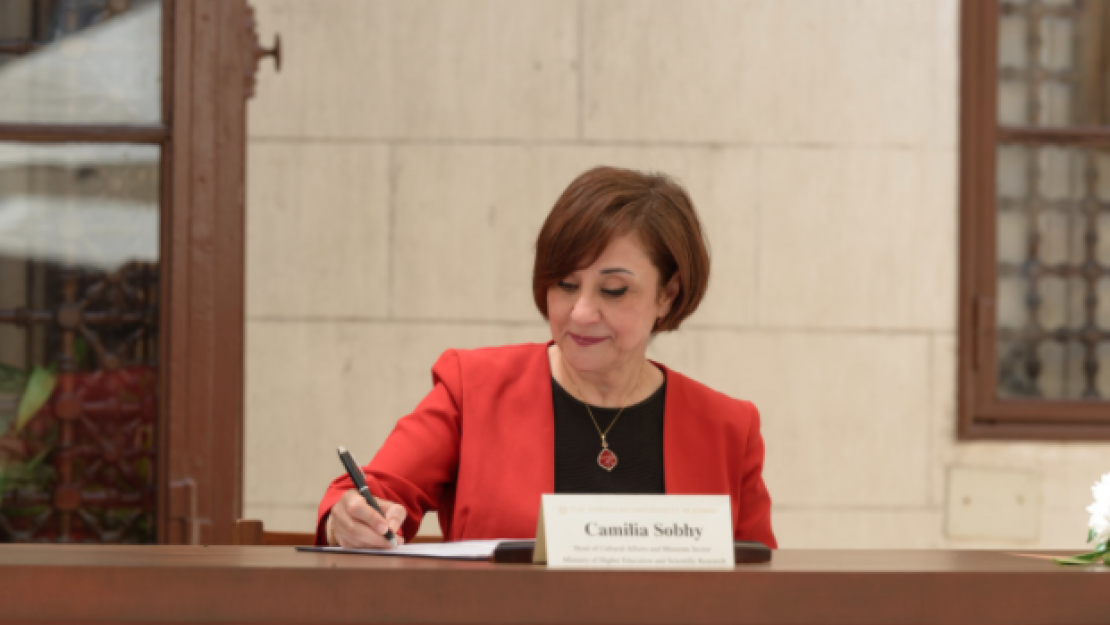 “We are proud to have been an integral part of Egypt’s higher education landscape and distinctive community for the last 100 years. We are committed to continuing to provide world-class educational opportunities and scholarships to top students from across Egypt,” said President Francis Ricciardone. “Since its foundation, AUC has endeavored to serve Egypt through education, research and cultural exchange.”

Egypt’s Minister of Higher Education and Scientific Research Khaled Abdel-Ghaffar noted that this agreement is part of the distinguished relations between Egypt and the United States, highlighting the important role played by AUC in the educational, scientific and research realms. He affirmed that AUC is part and parcel of Egypt’s educational system, emphasizing the significance of mutual and constructive cooperation between AUC and Egyptian universities in all educational, scientific and research areas.

Minister Abdel-Ghaffar also commended the recent collaboration between AUC and national universities in terms of establishing Centers of Excellence in Egypt, funded by the United States Agency for International Development, as part of the higher education initiative between the United States and Egypt. The three centers, worth a total of $90 million, aim to enhance higher education and scientific research in the country through conducting joint scientific research projects, training researchers and scholars to produce high scientific caliber, and establishing joint scientific programs and consultation centers that focus on and specialize in Egypt’s national priorities, particularly agriculture, energy and water.

The Memorandum of Understanding was signed by the ministry’s Acting Head of the Cultural Affairs and Missions Sector Camelia Sobhy and President Francis Ricciardone, who represented AUC’s Board of Trustees. The signing ceremony, which took place at AUC Tahrir Square, was attended by University Counselor Ashraf Hatem, the ministry’s Head of the Central Department for Cultural Cooperation Mayada Bilal, USAID Mission Director in Egypt Sherry Carlin, U.S. Embassy Deputy Chief of Mission Helen LaFave and other prominent figures.

"On behalf of Helen LaFave and I, we are just delighted to be here today to witness the renewal of the partnership between the Ministry of Higher Education and Scientific Research and The American University in Cairo," said Carlin. "The U.S. government believes that improving the quality of higher education in Egypt is critically important to the country's broad-based economic growth, and these two partners are central to achieving this goal."