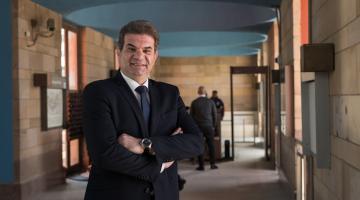 Ebeid provides leadership, direction, and oversight for all campus safety  and security functions, and acts as a liaison between the office of security and local regulatory agencies while building partnerships with other jurisdictions.

He is the University administration’s chief adviser on risk management issues and compliance with campus security regulations.

Ebeid and his department ensure the protection of all University personnel, buildings, equipment and information against criminal activity at all times, taking additional measures, when necessary, such as during major campus events and visits.

Prior to joining AUC, Ebeid served in government ministries, foreign embassies and international airlines with a diverse set of expertise, skills, and abilities in a variety of security areas.

In 2006, he served as the senior special investigator for the consular section of the U.S. Embassy in Cairo. There, he managed security advising, investigations, and counterfeit document detection, and acted as a liaison between the Embassy and the Egyptian Ministry of Interior, establishing security plans and performing risk analysis.

An expert in criminal investigations, he has trained members of local police forces as well as United Nations officers on criminal investigative procedures. He also trained ambassadors and international airline security personnel on skills such as forgery detection, imposter identification, and aircraft passenger assessment. 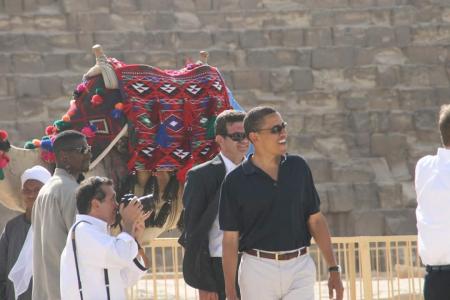 Ebeid spent the majority of his career working for the Ministry of Interior where he held several key positions, including a three-year senior position in the criminal investigations department, six years working inside the minister’s office and a one-year special assignment with the peacekeeping forces in Kosovo, leading the passport control team at Pristina International Airport.

Several of his special assignments involved supervising and training 20 to 30 police officers, soldiers and troop members at a time.

Ebeid holds a bachelor’s degree in police sciences from the Egyptian Police Academy.