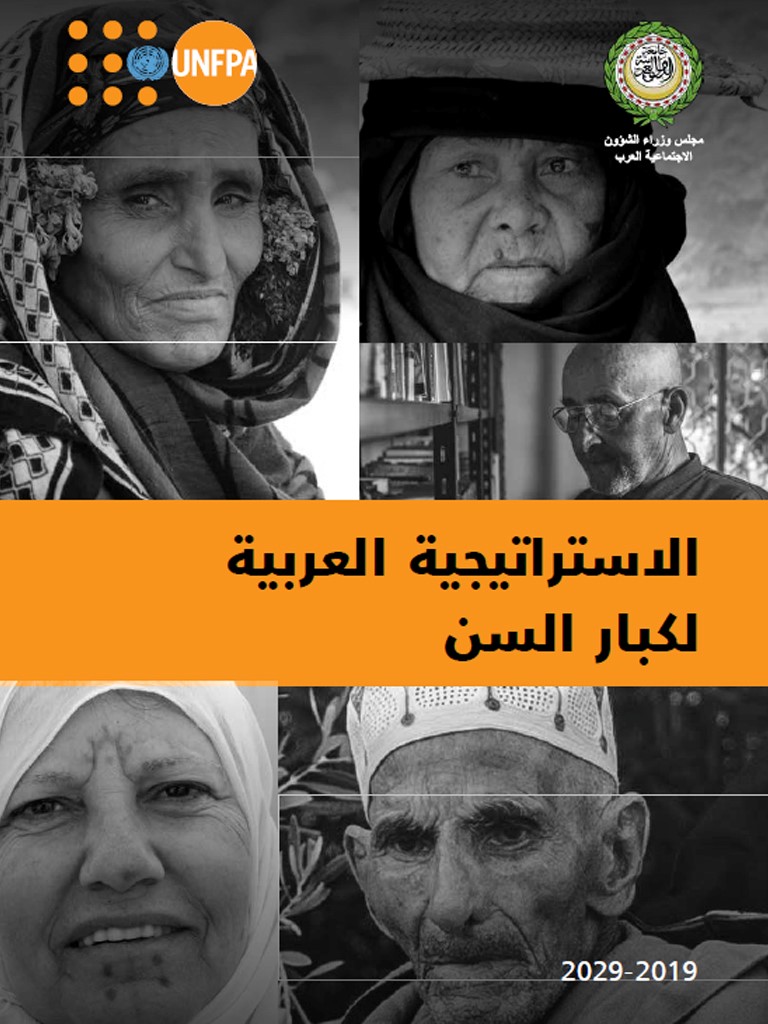 This rapid growth of the older population is also taking place alongside significant social and economic changes as well as high levels of political challenges in our societies which put substantial pressure on both the societies as well as the families to fully and effectively cater for the needs of their older persons.  Furthermore, there is no doubt that Covid-19 has particularly resulted in the harshest impact on different dimensions of older persons’ wellbeing and magnified the level of inequalities among the different social groups of the older population.

In answers to the current socio-economic changes and the needs of our older persons in particular their equitable engagement and full participation in the society, the UNFPA/Arab States regional Office, in collaboration with the league of the Arab States (Arab Council of Ministers of Social Affairs and Arab Health Ministers Council) launched the Arab Older Population Strategy 2019-2029.

The main goal was stated as to “secure an inclusive environment for our female and male older persons within which they enjoy their full social and health rights as well as non-discriminatory participation in the society.”

The strategy stressed some procedural objectives that can support the achievement of its main goal.  These objectives included:

The strategy proposed five main pillars for its action plan:

It also highlighted the information gaps on the situation of the older persons in the Arab countries.