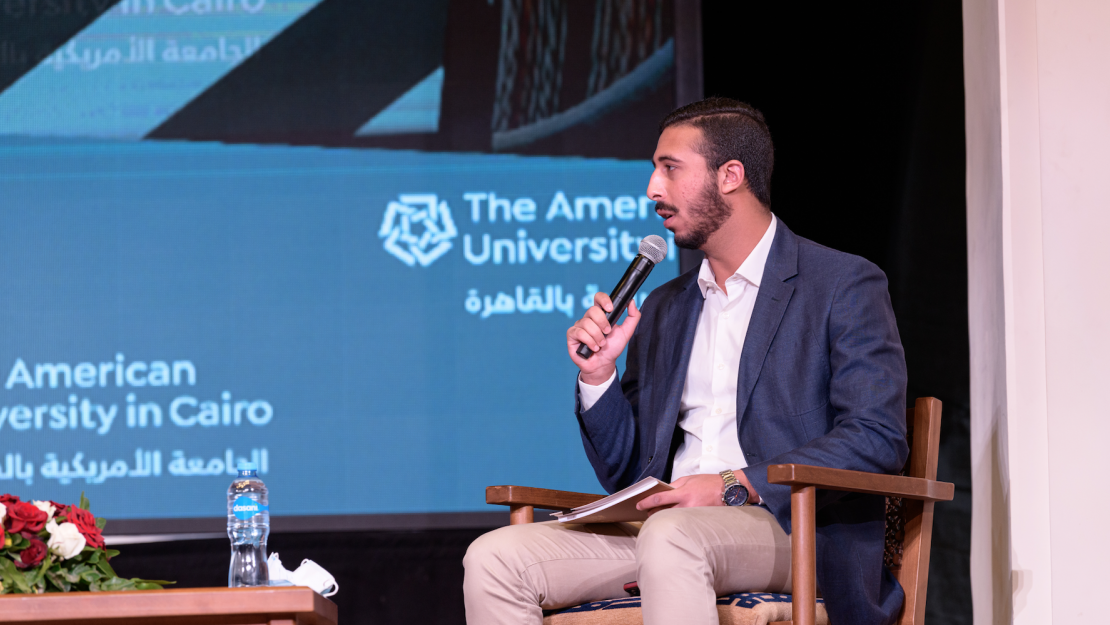 AUC’s Debate Society, a student-led organization, is holding one of its biggest events yet – discussing the influence of state and society on sexual harassment. Titled Unleash Your Voice, the event is bringing together faculty, students, specialists and actors to engage in a conversation about sexual harassment in Egypt. 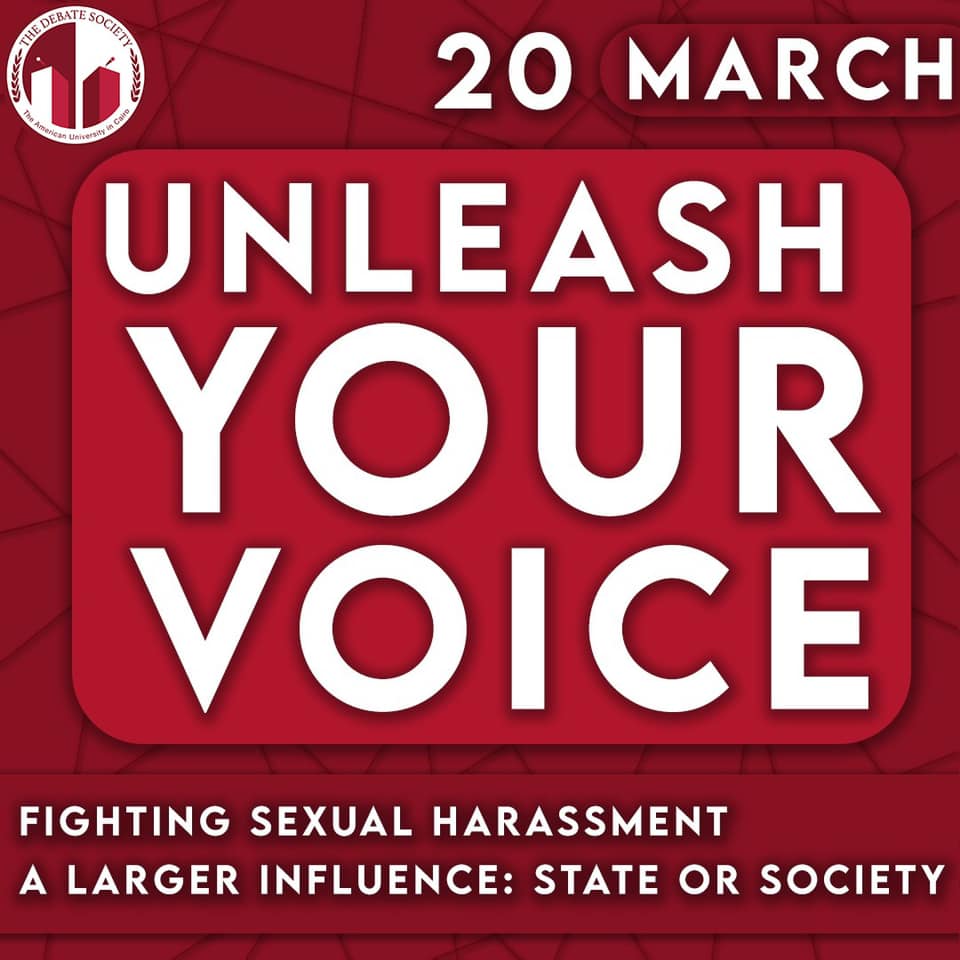 During the event, held in a form of a debate, 16 students, in eight teams of two, will debate in four rounds to reach the ultimate conclusion on who has a larger influence on combatting sexual harassment and discrimination – society or state? The three winning teams are to receive EGP 6,000, EGP 4,000 and EGP 2,000, respectively.

We spoke to Youssef Hashem, president of the Debate Society and economics junior with a minor in entrepreneurship, to find out more.

Q: What does Debate Society aspire to achieve through Unleash Your Voice?

A: To get student perspectives to be raised and heard. More importantly, the event comes within the scope of an awareness campaign that a number of students at AUC started two weeks ago, called Student Coalition, consisting of AUC’s Debate Society, Psychology Association and Literature Club, to combat sexual harassment and discrimination within our community.

Q: Why did you choose the competition for the event?

A: To provide more incentive for students to actually participate in this kind of discussion. Debate Society was just launched last semester, and the culture of debating is still new. It wasn’t really present in the past year. Yes, some debates take place on campus, but they aren’t always available for students – they’re “separated episodes of debates” that come and go from time to time. Therefore, we created the event in the form of a debate to encourage students to participate and to exert effort to speak their minds.

On a larger scale, Debate Society is there to maintain the sustainability and continuous presence of debates to ensure that students’ perspectives are always heard.

Q: What triggered you to organize this event?

A: The topic of sexual harassment is a very crucial and necessary topic to tackle. The trigger was the recent happenings within the AUC community – it’s a topic that we neglected for a long time and thought we were immune to. We thought the issue was only present in Egypt at large and not within the borders of AUC, and we just weren’t giving attention to it. We didn’t have the mentality to address the issue. We’re not necessarily speaking about the administration but rather about the students.

When these cases appeared and the topic became a threat and caused damage to our community in a disgraceful manner, we felt that it was necessary to combat it. That’s why we created the Student Coalition. This is only one of many plans that we’ll continue to organize. We have specific goals and activities planned to keep the awareness going.

This isn’t an issue that will end in a month or even a year – it needs sustainability, and it needs to be tackled as soon as possible. This is why we made it a point to engage students and help them unleash their voices, as is the name of the competition.

Even if we don’t have a conclusion or definitive answer at the end of the debate, we need to hear.

Q: How will the winners be chosen?

A: Certainly not based on who’s right or wrong because there is no right and wrong. The winners will be chosen based on a rubric distributed to the judges. Its components primarily include the structure of the argument, the facts and research it includes, body language, tone of voice and presentation.

Q: What’s your personal opinion on the influence of state and society on sexual harassment?

A: My personal opinion is that both the state and society have a large influence on combatting sexual harassment and discrimination. However, it depends on the context. In general, the influence comes from the state first and then from society. If the society is not very well-educated or is unaware of the importance of the issue and dismisses it, then the state has the first and last responsibility of combatting the issue and establishing firm policies to contain it.

That will lead to the awareness of the citizens and eventually, individuals will progress toward becoming responsible. But then again, there’s also self-responsibility.

"A person like me or you or any well-educated person has a responsibility to work on the issue at the same time that the state is. It’s a battle we all need to contribute to. And our contribution doesn’t have to mean organizing events or hanging posters – it can be as simple as starting with our circles, discussing the issue, raising awareness and more.  All in all, it’s both, but I would say state before society."

Q: How do you think the event will contribute to raising awareness of sexual harassment and discrimination?

A: The event will bring together different constituents, including specialists, actors, faculty and students. The idea of having all these people in one place, discussing the same topic, and making a buzz out of it creates awareness. But most importantly, people will relate. And this is the phase where we’re focusing on making people relate to what’s being said, whether by actors they admire, by specialists they trust, by faculty who did research on the topic, or more.

"In doing so, people will be encouraged to talk more about the topic. And by talking, we mean really talking and showcasing their perspectives – not attacking and exposing. Many people are attacking, but not many are solving. Through this event, we want to encourage people to talk, discuss and solve."

This also serves as a first opportunity for students to collectively engage in a discussion before the upcoming AUC SpeakUp Dialog Series event. During that event, our student discussions will focus on solutions only, tackling questions like, What do you believe should be implemented on campuses and universities to combat sexual harassment? Unleash Your Voice is a preparation for the solutions. Yes, not the same people will participate in both events, but we’re all students, and we’re progressing toward the solutions.

Q: Do you believe that change starts with students and universities?

A: I’m not being biased, but I really believe that students, especially university students, are the strongest asset a country can have. They’re the most important pillar in a society that can make a great change. If we look back at history, we can easily see that AUC students have always been leading change – whether internally within the University or externally within the country. However, we need to remember that we’re one to be able to make any kind of change. Collective ideas are what make us stronger.

Q: Do you have any final messages to share with the community? 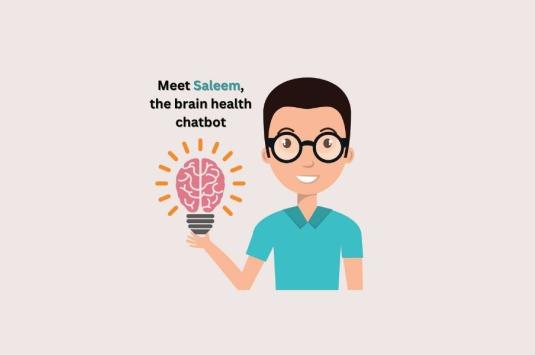 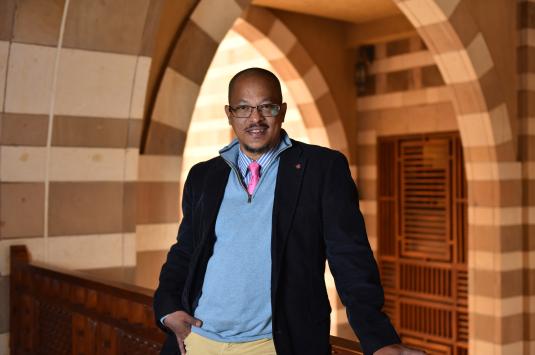 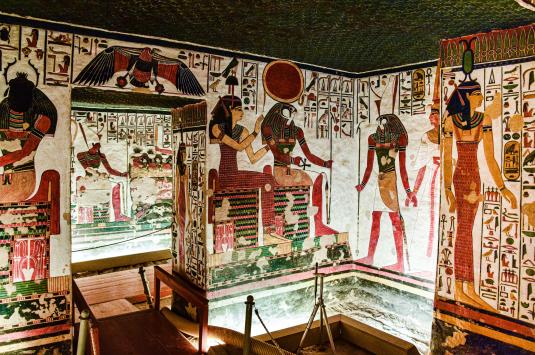