Harnessing the Power of the Sun 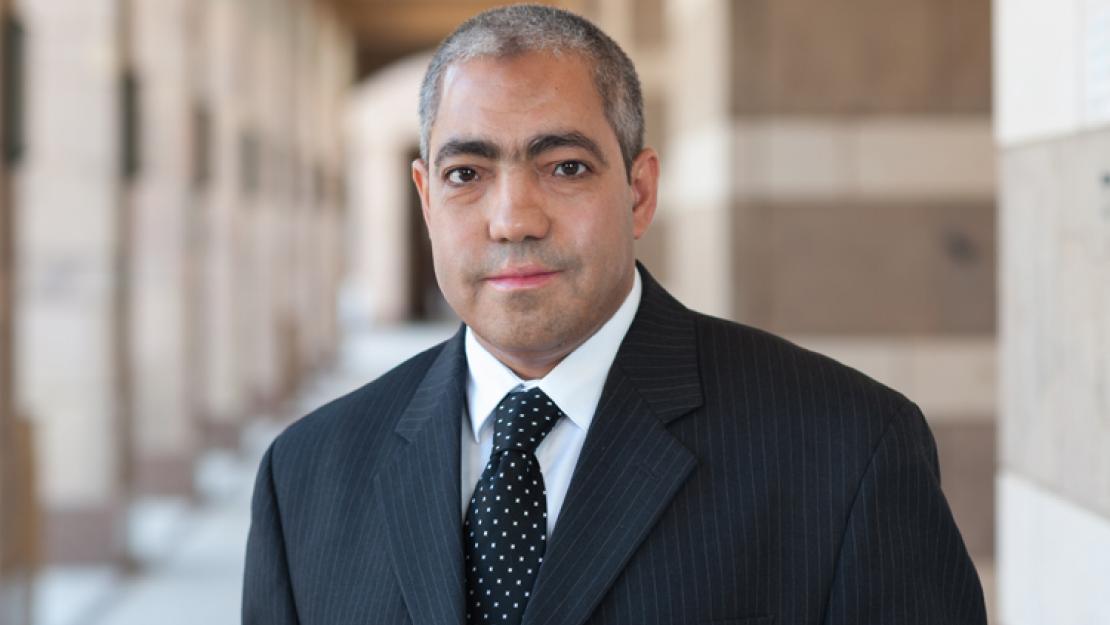 With the looming energy crisis in Egypt and the depletion of petroleum and natural-gas reserves, searching for sources of alternate fuel becomes all the more important. Inside AUC’s nanotechnology labs, researchers are working to find ways to create “smart energy” to produce renewable fuels and electricity from sunlight on a sustainable basis. Using nanotechnology techniques, or the science of the very small, scientists are making big advances in combating chronic problems like reducing greenhouse gases and lessening the burden on natural resources for generations to come.

“The international community is aware of the crisis arising from the use of fossil fuels and is increasingly focusing on the development of zero-carbon emission technologies using renewable-energy sources,” said Nageh Allam, assistant professor of nanotechnology and renewable energy in the Department of Physics, who joined AUC two years ago from the Massachusetts Institute of Technology.

Working on harnessing solar energy, Allam’s research is divided into several stages. The first stage involves the use of nanomaterials to harvest sunlight for the production of clean fuel, such as hydrogen, to reduce pollution and greenhouse gases and, in turn, global warming. The second stage includes the use of nanomaterials to harvest sunlight and convert it into electricity via solar cells. The third stage involves the use of sunlight to convert the problematic carbon dioxide into natural gas. The last stage includes the utilization of solar energy for water desalination.

“Solar energy is one of the renewable energy sources under consideration because it is the most abundant and, if harnessed efficiently, is capable of meeting global energy needs for the foreseeable future,” Allam said. Hydrogen is one of the lightest and cleanest gases. When used as a fuel, no emissions are produced. Its only byproducts are water, heat and energy. However, it takes a lot of energy –– and money –– to extract hydrogen from water. Currently, hydrogen gas is mostly created using fossil fuels, which cause harmful carbon-dioxide emissions. Working to develop technologies that can efficiently and cheaply make use of hydrogen as an energy source, not an energy carrier, Allam’s research involves the fabrication of nanostructured arrays of highly oriented semiconductors. These arrays are adapted to create nanostructured materials, which can be efficiently used to convert sunlight into energy. “Sunlight is used to split water molecules into oxygen and hydrogen atoms, which can be used to produce clean energy,” Allam explained. “In theory, sunlight can be used to excite a semiconducting material, which in turn acts as a catalyst for the water-splitting reaction in an electrochemical cell.”

Putting his theory into practice, Allam is currently designing photoelectrochemical systems to carry out the solar-driven, water-splitting process. “This is one of the most promising technologies being developed by scientists in the 21st century,” said Allam, whose team secured $2 million in funding from the Qatar Foundation for their work on solar hydrogen production and the conversion of carbon dioxide into useful fuels.

“Our focus is on the production of hydrogen as a clean and efficient fuel because it can be used to power everything, from houses and electrical devices to cars and airplanes. We are also working on using solar energy to produce electricity and to convert carbon dioxide into useful fuels.”

In order to properly conduct this research, Allam established the Energy Materials Laboratory on campus. The lab is chiefly used for the design and assembly of nanomaterials utilized for solar-energy conversion, a practical application of Allam’s research. It includes fabrication tools for materials synthesis, a solar simulator and equipment to test the efficiency of the devices created for solar-energy conversion, among others.

“The lab is open for everyone in the AUC community as well as those outside it,” said Allam. “In fact, we are working to establish a diploma in solar energy, and the students enrolled in such a program will spend almost 50 percent of their time in the lab — developing, designing and testing solar-energy devices.” Through this lab, Allam aims to provide undergraduate and graduate students with the proper skills to conduct advanced research. He hopes that undergraduate students, in particular, could garner solid research skills that would make them competitive applicants at research institutes.

In recognition of his work, Allam recently received the State Award in Advanced Technological Sciences, which is given to two individuals who are at the top of their fields, from the Egyptian Academy of Scientific Research and Technology. In addition, Allam was awarded the 2012 Misr El Kheir (MEK) award for his research on solar-energy conversion. MEK is a nongovernmental organization that aims to empower Egyptians to develop self-sustainable development models. Allam received first place in the category of Physical Sciences for his article on nanoscale control of metal oxides to develop new materials and systems with unique physical and chemical properties, which can have promising applications. The article was published in ACS Nano, a nanotechnology research journal produced by the American
Chemical Society.