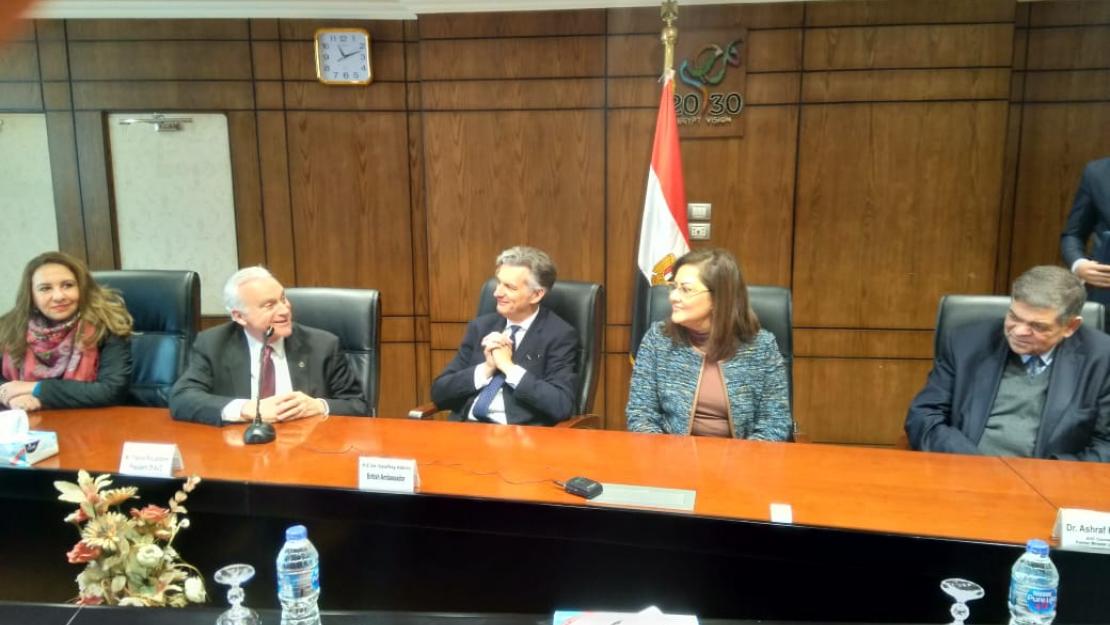 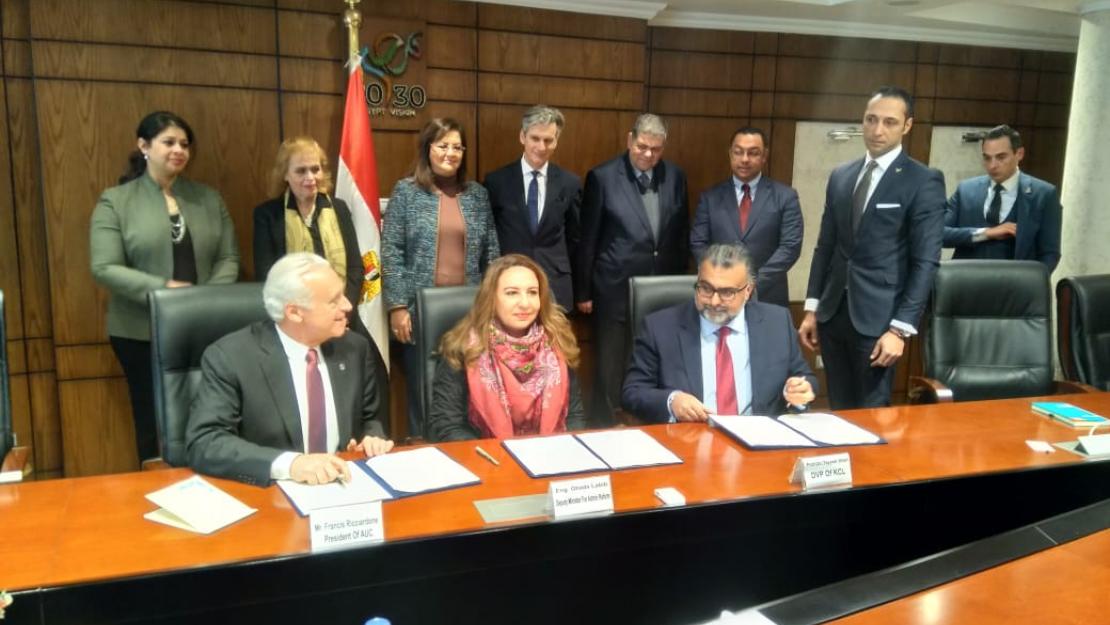 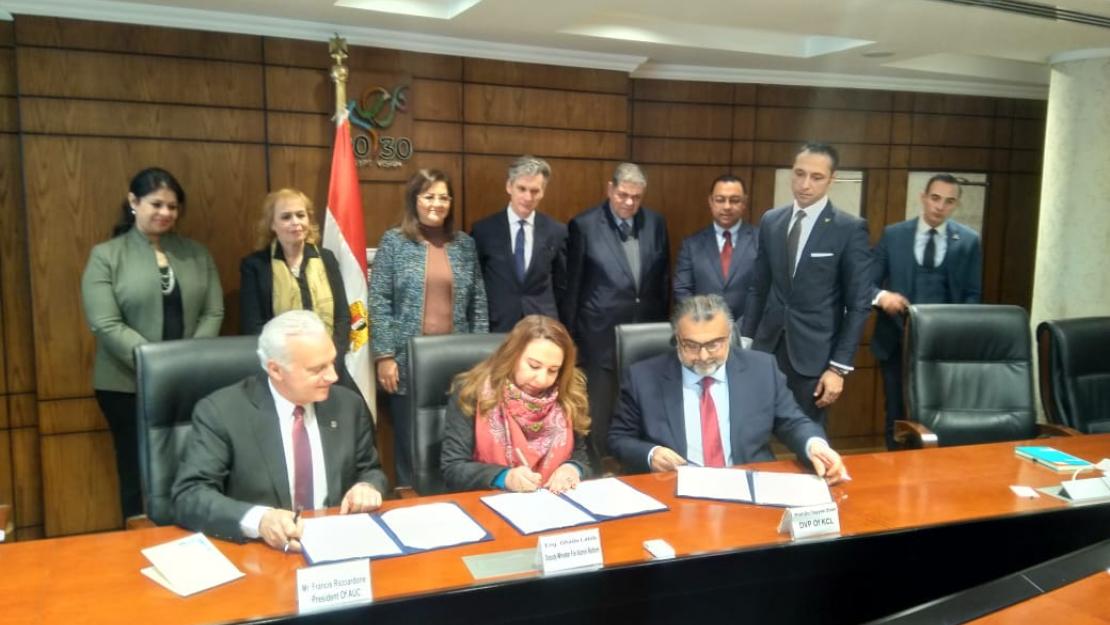 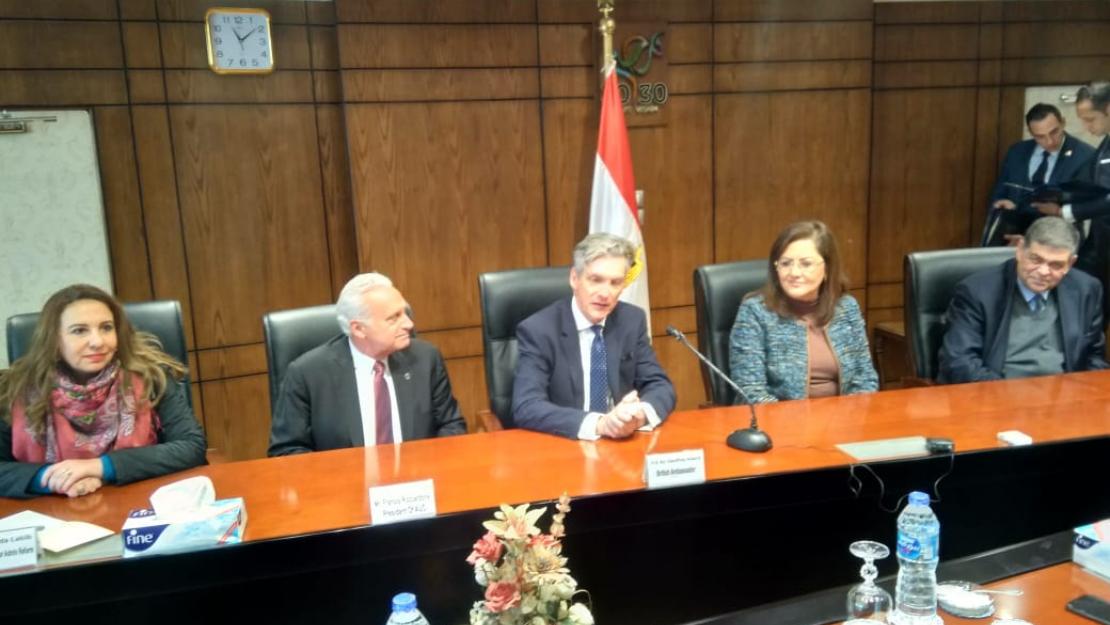 AUC recently signed a memorandum of understanding (MOU) with King's College London and Rowad 2030 Project under the Ministry of Planning, Monitoring and Administrative Reform. These three organizations met to discuss potential partnerships, focusing on advancing executive education through academic collaboration and cooperation.

On Wednesday, January 30, an official delegation from King’s College visited AUC alongside representatives from the Board of Trustees and the President of Antioch University in order to show Antioch University’s leadership the educational and business model of AUC. The delegation also had a campus tour led by AUC's student ambassadors.

The MOU aims at training up to 50,000 civil servants and government employees to prepare for the government's move to the New Administrative Capital. This MOU is part of Vision 2030, a national initiative focused on increasing institutional effectiveness and boosting effective administrative planning. This partnership will draw on the executive education programs offered by AUC and King's College London.

This is the second MOU signed between King's College London and AUC. Earlier this year, both universities established academic and research ties, and a student summer exchange program. Read more about this partnership here.