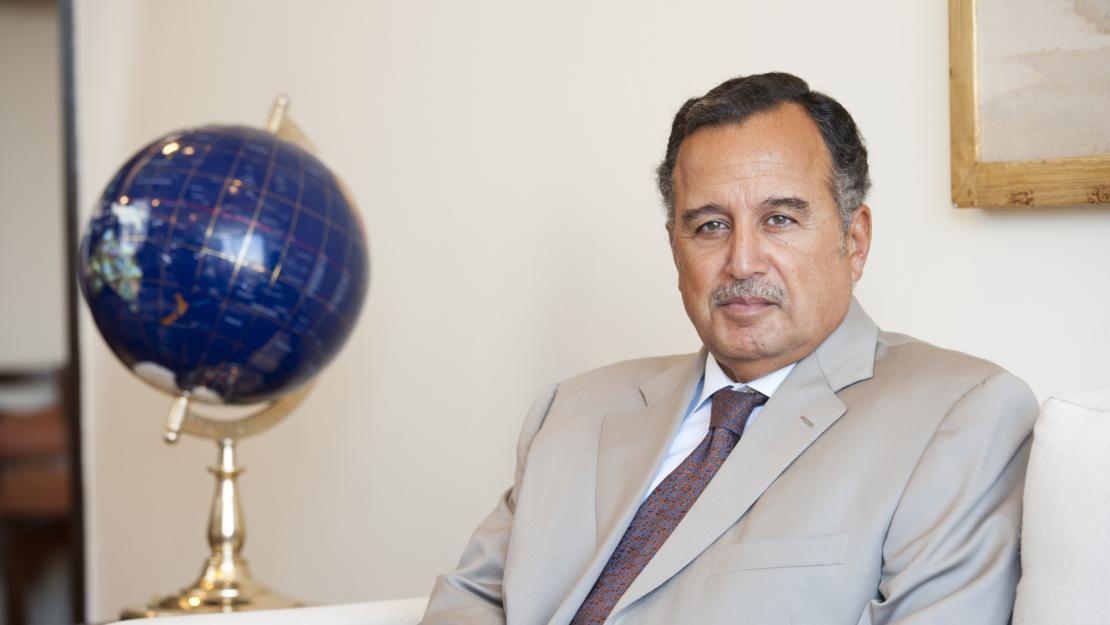 Nabil Fahmy '74, '77, Egypt's former foreign minister and founding dean and professor of practice in the School of Global Affairs and Public Policy, has been bestowed with the Grand Cordon of the Order of the Rising Sun of the first degree by the Japanese government. This decoration is awarded to those who have advanced their fields, made significant achievements in international relations or the promotion of Japanese culture, or contributed to development in welfare or conservation.

Fahmy, who served as Egypt's ambassador to Japan from 1997 to 1999, received this award in recognition of his contributions to strengthening bilateral relations between Egypt and Japan and the adoption of the Egyptian-Japanese Joint Statement during his appointment as Egypt's ambassador to Japan in 1999. Fahmy has also made many contributions to enhancing cooperation between Japan and Egypt in the international arena through his role as member of International Advisory Board for Nuclear Non-Proliferation and Disarmament and also as a member of International Advisory Board for Human Security.

"I am really honored by the august recognition diplomatically and intellectually," said Fahmy. "Much can be learned from Japan about constructive, collective engagement for the betterment of humankind."

A distinguished diplomat, Fahmy served as Egypt’s ambassador to Japan and the United States, and as political adviser to the foreign minister. He was Egypt's foreign minister from July 2013 to June 2014, where he aimed to reorient the country's foreign policy and restructure its foreign ministry to face future challenges.

Fahmy was selected to be an external adviser to the president of the 72nd United Nations General Assembly, joining a group of globally eminent personalities with vast expertise who offer the president advice and critical opinion on today's strategic questions.

After obtaining his bachelor's in physics and mathematics and master's in management from AUC, Fahmy fell into a career in international relations upon being challenged by a colleague to sit for the foreign service exam. His career encompassed decades of prominent multilateral diplomacy, with a focus on conflict resolution and national security issues. In 2009, he received an honorary doctorate from the Monterey Institute of International Studies.