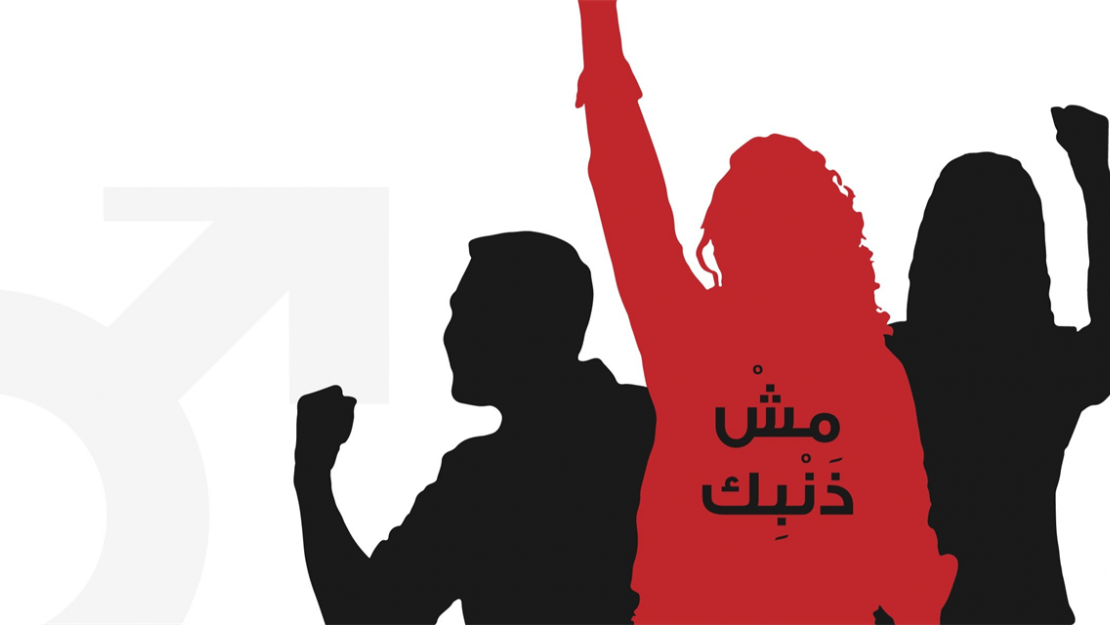 Msh Zanbek, formerly known as You-W-Ana Too, is hitting the stage at AUC on March 22. Months in the making by AUC students, faculty and alumni, the production consists of five plays, each one exploring a different perspective of sexual harassment: families and couples, bystanders, victims and perpetrators, men and women, power and incapacity. The plays each deal with a different aspect of this issue and together reject the common assumption that victims of harassment and assault are at fault.

Conceived by Jillian Campana, professor of theatre and associate dean of the School of Humanities and Social Sciences, along with Dina Amin, head of the Theatre Program and associate professor of theatre, the play drew inspiration from a  2018 Washington Post article, “In Egypt, a #MeToo complaint can land a woman in jail.” With the events that unfolded this past summer in Egypt and the movement around sexual harassment awareness gaining unprecedented traction, Campana and Aminhad known that this sort of production would gain support and interest.

News@AUC caught up with some of the playwrights to hear about what they believe is the importance of this production and what they look forward to most.

Ensah explores PTSD in sexual harassment victims. El Captan said she believes this aspect is often overlooked in conversations about harassment, so it is important to showcase this to let people know they are not alone.

“With so many stories coming out each day, it is easy to get overwhelmed and forget that there are real people who suffer the consequences of harassment in their day-to-day life. I’m hoping that the production could remind people of just how widespread harassment is and how its effects are destructive and permanent. ... The people I know personally who came out with their stories are the ones who inspired me most because I had no idea that they had gone through something like that.”

See Me looks at sexual harassment from the perspective of the family. For both playwrights, it was important to focus on the family because of the central role families play in the support — or lack thereof — of survivors and the role of family in society as a source of nurture and growth for children.

“Discussing the aftermath [of sexual harassment] has always been taboo, again something burdened on the women. The pressure is always on the woman to deal with it on her own and not to place this pain in the hands of the people who promised to care for her. No one wants to see their parents cry. No child wants to do that. We hope to show in our play the anxieties these survivors of sexual assault and their families all have, not to give excuses for a parent's avoiding behavior, but to give an understanding of the realities that plague a parent and their child when these situations arise.”  - Nour Ibrahim

“Many survivors, especially young ones, are left to carry their burdens alone when members of their family are not emotionally present, and that is a critical issue that needs to be addressed. Emotional support is vital to the wellbeing of a person, especially in the aftermath of painful experiences like sexual assault. It was our goal to highlight this message in our play. Additionally, we wanted to make sure that other perspectives, specifically those held by parents, were presented, examined, and explained. Sexual assault can have a serious impact on the family at large, and we wanted to touch on that with our work.”  - Omar Omar

The Report explores the dynamic between two female characters, one who wears the hijab and one who doesn’t.

“This perspective is not heard often, and we never see hijabis in the theater, let alone on a stage where they are not powerless or a side character to fit into someone’s story, so I thought it was about time that that perspective is heard.”

The play also delves into the topic of reporting.

“I think I really hone in on female friendship and female solidarity, as well as the role men play, or often don’t play, in situations of harassment. We try to show the pros and cons of reporting, leaving the audience to decide if it’s worth it or not. I think it’s important because we often preach seeking help and reporting harassers but we never really examine the consequences of that and where that leaves the victim of the situation. Sometimes we even go as far as to blame those that haven’t reported their situation, disregarding the difficulty of that and the very real effects that it can have.”

Esh Fahemek shows audiences the clash of social classes in Egypt. Bringing together characters from wealthy backgrounds and those from impoverished ones.

“The reason behind this is to explore a very evident class struggle in Egypt while also highlighting how women of all classes are victims of some sort of violence.”

He said that the “bold and courageous” feminist movement in Egypt has been inspirational, but people need to understand the actual lasting effects of harassment.

“I noticed that while we consume so much news around horrendous acts of violence against women, we only absorb them as headlines wihtout reflecting on how it may have scarred the female victims emotionally. I wanted to highlight the emotional aspect through this play.”

The Day We Met explores harassment in relationships.

"The relationship perspective is an essential part of the me too movement and in any conversation about sexual harassment. We grew up fearing strange men. Our mothers told us to avoid men in the streets, but nobody told us that harassment can take place anywhere, even in an intimate relationship. It's a conversation we need to have because too many of us have doubted themselves with their partners because the lack of awareness about sexual harassment within relationships."

“A lot of girls are coerced to do things they are uncomfortable with to please their partners. This is normalized and encouraged under the umbrella of ‘saving the relationship.’ This of course can be as minor as a kiss or as big as marital rape. I think the magnitude of the assaults that happen within relationships is what makes this angle worth exploring.”