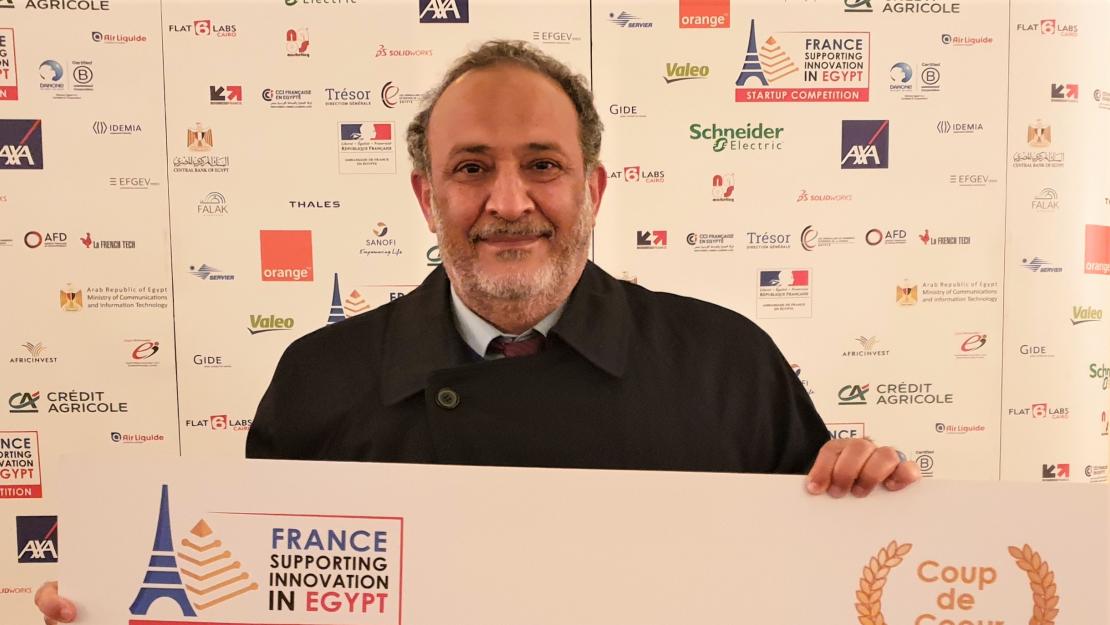 Competing with 150 other startups, the Department of Chemistry's NanoEbers recently won the Coup de Couer prize at the French Egyptian Startup Competition for creating a technology used to detect harmful toxins in water.

The prize is awarded by the French Chamber of Commerce in Egypt to recognize a tech-based innovative startup company with a cash award of EGP 150,000.

“Winning the 'Coup de Coeur' prize is a great honor as it recognizes the innovative technologies developed by NanoEbers to protect health and the environment," said Hassan Azzazy, CEO of NanoEbers and professor of chemistry at AUC. "I have led a team of ambitious techpreneurs to localize new technologies in Egypt and to help support water safety. We are very proud of this exceptional recognition which will boost our motivation to achieve future goals.” 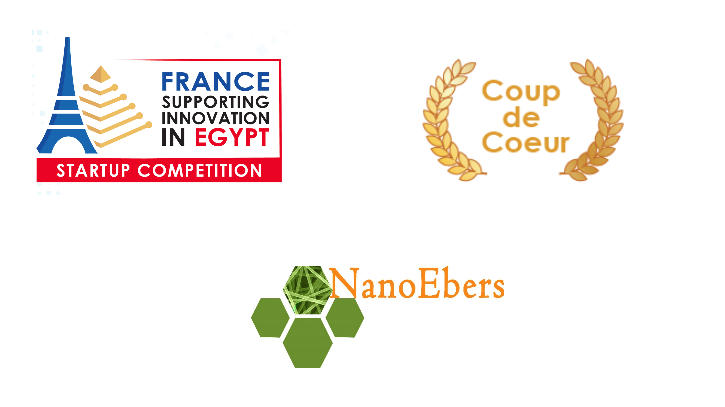 NanoEbers won this award for developing optical chemosensors, a patented technology originally developed at AUC, for instant detection of toxic metals such as lead, mercury and lead in water. Exposure to toxic metals causes adverse effects on multiple vital organs and results in multiple diseases including cancer. NanoEbers has also developed a digital colorimeter for quantitative determination of toxic metal levels in water.

More than 150 startups participated in the French Egypt startup competition, over an entire year, in three tracks (health, fintech, and sustainable cities) and thirty finalists made it to the final fourth round. The award ceremony took place on February 16 at the Embassy of France in presence of the French ambassador to Egypt and the Egyptian minister of telecommunication. 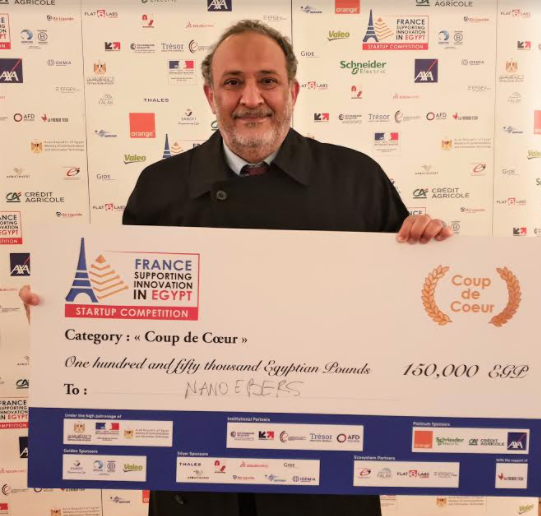