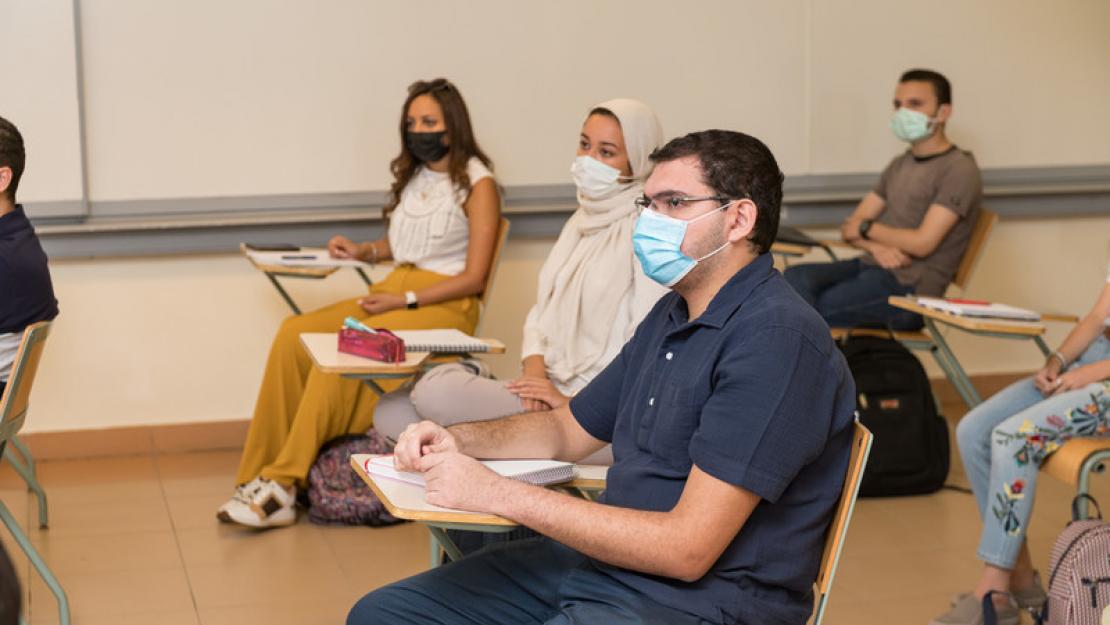 AUC freshman Jana Abdelhakim always wanted to join AUC. Many of her role models graduated from the University, and she saw it as a place that would allow her to stand out and shine, which has been a goal of hers since childhood. Now, thanks to the Omnia Abdullah Bakhsh ‘98 Scholarship, Abdelhakim is getting her chance.

“AUC is definitely going to set me on the right path to achieve great things,” she said. “The University is responsible for developing many great minds, and I am confident that it will do the same for me.”

The Omnia Bakhsh Scholarship is one of three new scholarships offered this semester. It is a merit and need-based scholarship that was established in 2020 to fully support one student majoring in any field of engineering. Abdelhakim declared her major in electronics and communications engineering after a brief period in architecture, stating “My scientific thinking aces my creative side.” She is particularly interested in artificial intelligence.

The other two new scholarships are the Hosna Rachid Partial Scholarship, which partially supports two Egyptians majoring in any field, and the AUC Alumni Scholarship, which was established in 1983 for students receiving financial aid but shifted this year to supporting Egyptian and Arab children of AUC alumni. Both are merit and need-based.

Thanks to donations from individuals and corporations, AUC also offers 90 named scholarships each year. Furthermore, there are around 140 scholarships each year supported by the USAID Scholars Activity. The program, implemented and managed by AUC, provides scholarships for outstanding students from Egypt’s 27 governorates to study at AUC and several partner Egyptian public and private universities.  This fall's AUC cohort includes 27 students from all around Egypt.

Since starting at AUC, Abdelhakim has enjoyed engaging with the community through the Student Union, reading on campus and participating in sports, especially swimming. She is looking forward to getting into the “juicy” content of her classes and bettering herself, with the help of the University.

“I really look forward to improving myself at AUC, not just in academics but character-wise too,” she said. “I hope to step up my game in both my life and career.”