Ahmad Dallal Named President of The American University in Cairo 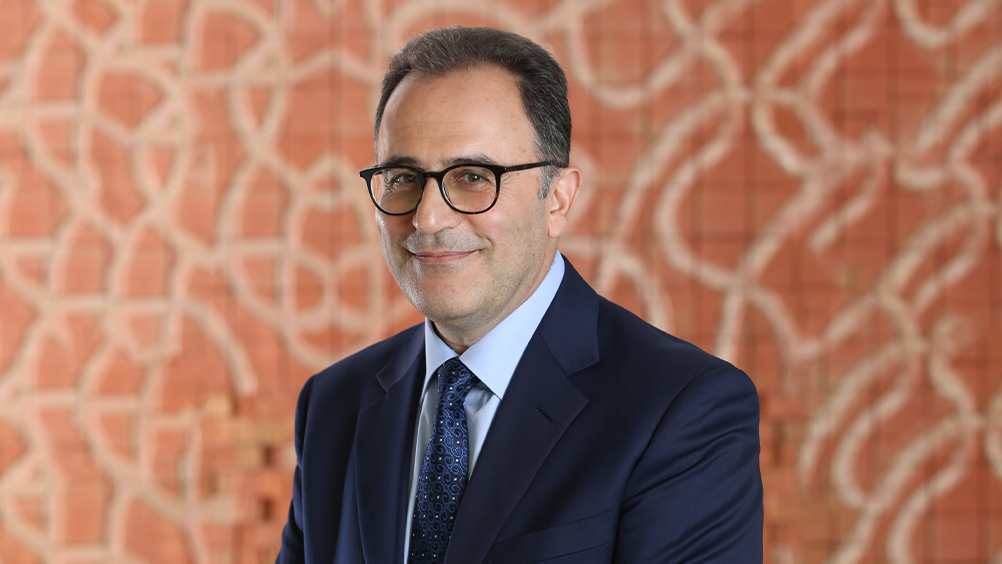 The Board of Trustees has named Ahmad S. Dallal, an accomplished academic leader and renowned scholar with U.S. and regional higher education expertise, as AUC’s 13th president, effective October 15, 2021.

“We are pleased that Ahmad has agreed to serve as AUC’s next president,” said AUC alumnus and Board of Trustees Chair Mark Turnage (ALU ’82), who was a member of the search committee. “AUC is a remarkable institution at a point of inflection in its history, having achieved tremendous success in its first 101 years and now ready to chart a path for its second century. Dr. Dallal’s academic and administrative acumen, inclusive leadership style and deep sense of purpose will serve to propel AUC to even greater heights as it navigates an increasingly changing and complex higher education landscape.”

Dallal is no stranger to AUC, having first encountered the University while conducting research at the AUC library on the Tahrir Square campus in the late 1980s. “I am honored to join a vibrant and intellectually rich community at AUC,” said Dallal. “The University serves an important mission at a consequential moment in history and in a country and region that play a critical role on the global stage. I believe deeply that education is the engine of advancement for societies and that institutions like AUC are connectors in a world in which our futures are intertwined, as we have all witnessed firsthand through the pandemic.”

The Search
The search for AUC’s 13th president began in early fall following President Francis Ricciardone’s announcement that he will step down at the end of the academic year in June 2021. AUC Trustee Tarek Masoud served as chair of the Presidential Search Committee, composed of trustees and AUC faculty representatives. The international search to find AUC’s next president included several rounds of wide-ranging consultations with faculty, students, staff and administrators. In an unusual step, the search committee decided to seek input on the four candidates from groups of faculty, the executive committee of the University Senate and the Provost’s Council, among others, before determining which candidates to invite to campus.

“The high caliber of candidates who came forward in this search is a testament to the strength of AUC’s place in the higher education landscape and the role it plays in the region,” said Masoud. “I am grateful to the members of the search committee and to the many members of the AUC community who provided thoughtful insights and a keen eye in this process. That the result yielded someone who is as ideally suited and of the stature of President-elect Dallal speaks to the allure of AUC and the promise of its future.”

As part of the search process, Dallal came to visit campus in May as a candidate, where he met members of the AUC community and toured both the New Cairo and Tahrir Square campuses. Commenting on the experience, Dallal said he was “impressed by the passion for AUC that I saw in everyone I met. There is a genuine and deep affinity for the University and a strong belief in its powerful legacy and potential. I look forward to working with everyone on campus as we, together, set our strategic direction for the future.”

Leading for Excellence
Dallal’s leadership experience includes spearheading institutional transformations that have included everything from closing budget deficits and administrative process reforms to introducing key performance indicators and quality measures for academic programs and increasing scholarly production. Throughout his administrative experience, Dallal led the introduction of several dozen university policies, including overseeing Title lX compliance on discriminatory harassment. He also increased the socioeconomic diversity of the student body through scholarships and financial aid.

With several decades of teaching, research and leadership at some of the top universities in the United States, Dallal is a seasoned expert on U.S.-style American liberal arts universities and how they operate. Coupled with that is his extensive experience in the Middle East at both the American University of Beirut and Georgetown University in Qatar.

Speaking about Dallal’s tenure as provost, AUB Board of Trustees Chairman Philip S. Khoury said in a statement in 2015: “As our chief academic officer, Ahmad Dallal has been the primary driver of programs that have resulted in AUB achieving the most prolific research output in Lebanon and the region, and the implementation of processes that have greatly enhanced both teaching and learning. Ahmad set a high bar for AUB’s academic and institutional integrity. He not only helped us reach that bar; he ensured we would exceed it.”

An Art and a Science
An engineer by training, having earned his bachelor’s degree in mechanical engineering from AUB, Dallal is well versed in STEM disciplines, particularly in the context of liberal arts education. Early in his career, Dallal worked in the aviation industry before going on to earn his master’s and doctorate in Islamic studies from Columbia University. This unique blend of both science and humanities gives Dallal a rare vantage point.

Dallal has written and lectured widely on learning in medieval and early modern Islamic societies, the development of traditional and exact Islamic sciences, medieval Islamic thought, the early-modern evolution of Islamic revivalism and intellectual movements, Islamic law, and the causes and consequences of the September 11 attacks.

A prolific scholar, Dallal has written dozens of articles, book chapters and publications, as well as several books. He is the author of An Islamic Response to Greek Astronomy: Kitab Ta‘dil Hay’at al-Aflak of Sadr al-Shari‘a (1995); Islam, Science, and the Challenge of History (2012); The Political Theology of ISIS: Prophets, Messiahs, & "the Extinction of the Grayzone” (2017); and Islam without Europe: Traditions of Reform in Eighteenth-Century Islamic Thought (2018).

“Dr. Dallal has spent much of his life studying how Middle Eastern intellectuals have grappled with decline and how to reverse it. That he would cap his career as the leader of one of the region's principal engines of development and innovation thus borders on the poetic,” said Masoud. “I have no doubt that under his leadership, AUC will write itself ever more prominently into the unfolding narrative of resurgent Middle Eastern dynamism and progress. At AUC, Dr. Dallal will also hold a tenured professional appointment in the Department of Arab and Islamic Civilizations.”

Dallal, who is a US citizen, is fluent in English and Arabic, and reads French, German and Persian. He earned his BE in mechanical engineering from AUB and his MA, MPhil and PhD in Islamic studies from Columbia University.