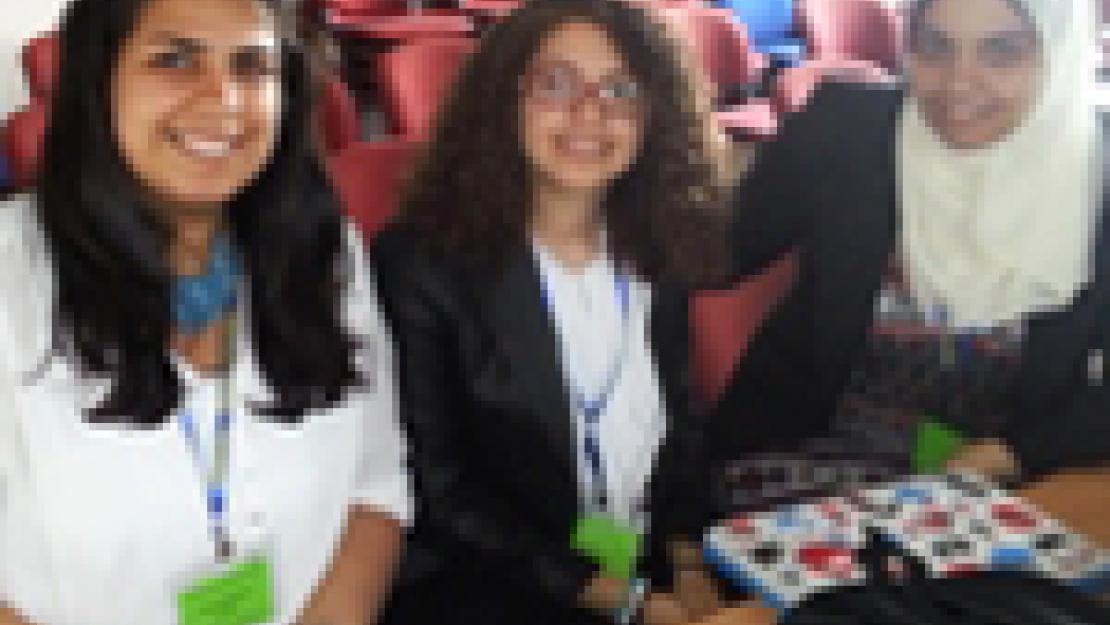 As user standards for computers, tablets and mobile devices that are fast, lightweight and inexpensive continue to rise, computer architects and programmers must choose between various components in designing the hardware for these devices to optimize both cost and performance. Computer engineering seniors Sarah El Kady, Mai Khater and Merihan Alhafnawi have published a paper comparing three of the most popular processors, with the aim of making their design easier for programmers.
The paper, which won the Best Paper Award at the 2014 International Conference of Computer Science and Engineering, World Congress on Engineering, Imperial College London, “is a tool for computer programmers to use when they decide to do programming on the low level,” explained Alhafnawi. “Programmers have to understand the main differences between processors that they will use to run their programs. Our paper facilitates their search by providing them with sufficient information on the differences between three of the most widely used processors.”
The students began working on the paper with the assistance of Yousra Alkabani, Mohamed Moustafa, Howaida Ismail and Khaled El Ayat, professors in the Department of Computer science and Engineering, during their junior year. “When you design a computing system, you need a lot of processing power in a small device, so the amount that processors consume must be reduced, which can be very expensive to do,” El Ayat noted.
As they are trying to strike this balance between cost and performance, understanding the difference between the Reduced Instruction Set Architecture processors MIPS, ARM and SPARC, is essential for programmers, as they are the most widely used. “Given that one of the processors is really old and the other two have many similarities, it would have taken the programmer many days to search and learn about each of them,” El Kady affirmed. “So we decided to make the programmers' lives easier by combining all the important information about each processor in just one paper, with the hope that when they Google ‘comparison between MIPS, ARM and SPARC,’ our paper appears.”
The students, who undertook the research because they were interested in learning more about the processors available in the market and providing a valuable resource to programmers, are happy to be honored for their efforts. “It is a very wonderful feeling to know that your work has been recognized and awarded by a respected group of professionals at a very famous conference,” said El Kady. “It is also good to know that all of our efforts will be of helpful, credited use in the future.”
Alhafnawi agreed: “Winning the award was one of the most exciting things that has ever happened to us!”