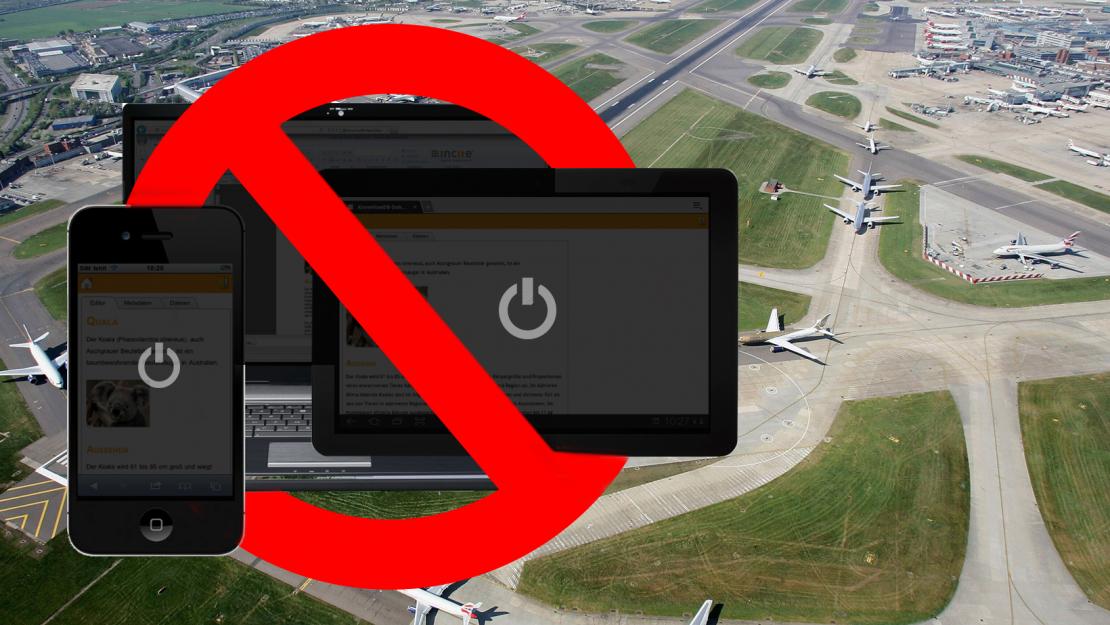 The recent ban on in-flight electronics larger than a cell phone imposed by the United States and United Kingdom has triggered many questions among the international community. In response, Allison Hodgkins, professor in the Department of Public Policy and Administration, examines the possible causes and implications of the ban that affects a number of airlines and countries across the Middle East and North Africa, including Cairo International Airport and EgyptAir.

What are the causes of this ban?

This particular piece of security policy was a topic of debate during my security studies class and offers a current illustration of the costs of the “global war” framework of counter-terrorism.

Since terrorism has long been securitized absent a clear definition of the phenomenon and objective criteria for evaluating how and what terror presents as a threat, no politician or decision maker has wanted to question any measure announced in its name.

Ironically, this particular policy decision is so nonsensical that it could be an opportunity for serious counter-terrorism experts and policymakers to start asking these important questions:

If the threat is urgent, the implementation should have been swift and universal. Although the fact that the United Kingdom followed suit with the ban suggests that there is “something there” in terms of an actual threat, this measure has done little more than require that plotters adjust their plans. In fact, this ban may have ironically made those select airlines the ideal choice for the nervous traveler.

What are the foreign policy and security implications of the ban?

In addition its dubious security value, there are serious foreign policy implications to this ban, which highlight the lack of coordination and strategic thinking on the part of the Trump administration.

The airlines impacted by the ban are national carriers of important U.S. allies in the region. If Trump’s main foreign policy objective is defeating ISIL, then enacting a policy that harms the very governments supporting this initiative seems counter-productive. I am thinking specifically about Royal Jordanian Airlines here. The routes affected by the ban are probably among the most important to the airline. Jordan isn’t a big country and Royal Jordanian has economic and symbolic significance. Jordan is also on the front lines with ISIL and engaged in extensive military and intelligence cooperation with the United States.

It is difficult to discern how Trump can defeat ISIL without Jordan’s continued cooperation. Queen Alia Airport, like Cairo International Airport, already cooperates with the United States and the European Union’s security screening procedures and has a genuine vested interest in ensuring nothing dangerous enters their national carriers. If there is a true security threat, why not work with Jordanian intelligence and airport security to implement more rigorous screening of these devices?

What about the economic implications?

There has been a lot of talk about the possible economic motivations for this ban with regard to Emirates. The rapidity with which that theory went viral and the number of people seriously considering it as a plausible explanation highlights another serious problem for the Trump administration: lack of trust.

Looking to the future, why is this ban worrisome for many?

This is deeply concerning. What will happen when there is a real crisis and the United States has to take swift and controversial action, or needs to rally the support and consent of its regional and global allies? The skepticism this ban has generated suggests that the Trump administration will be hard pressed to justify actions by citing national security as a main factor. Things are too dangerous in the world right now for there to be such doubts over the trustworthiness of the world’s largest military power.