Upward Bound: Dean Seghir in the Business of Excellence 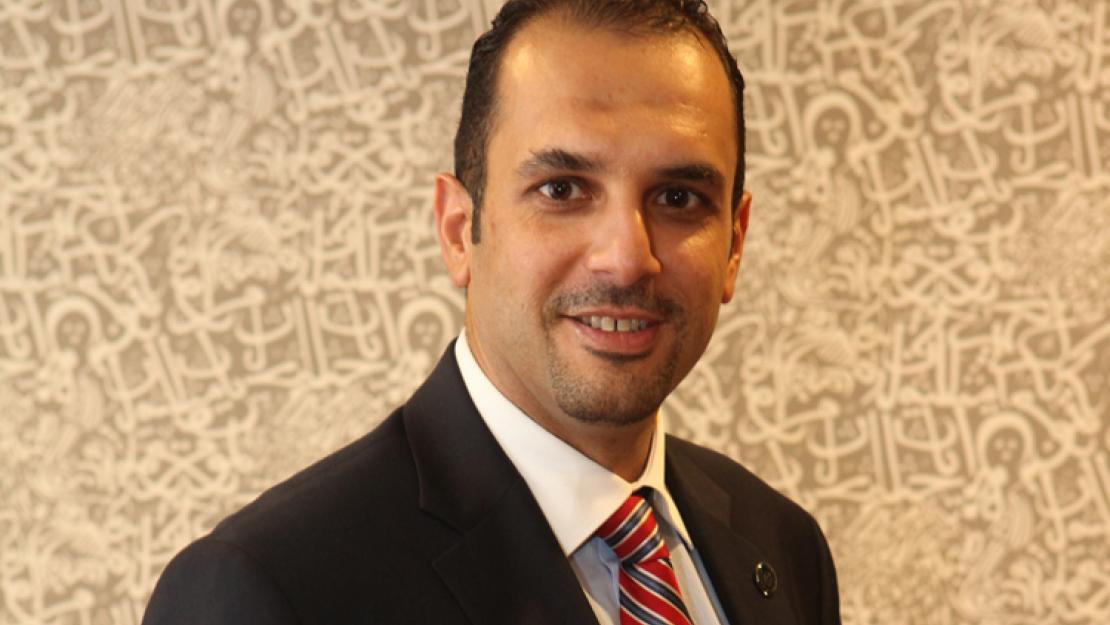 Karim Seghir, dean of the School of Business, sets impact, thought leadership in the Arab region and global positioning as priorities for the next juncture of the school’s journey.

“Although much has been accomplished as demonstrated by accreditation and ranking bodies, there still remains much work to be done in our continuous quest for excellence,” said Seghir. “We will capitalize on the school’s geographical context and long-standing reputation to make it the globally recognized knowledge hub and gateway to the Arab world."

Seghir is not new to AUC or the School of Business. For the past three years, he has served as associate dean of undergraduate studies and administration at the school. During that time, he led efforts for the school to attain accreditation from the Association of MBAs and European Quality Improvement System, which together with the Association to Advance Collegiate Schools of Business International accreditation, made the school among the top 1 percent worldwide –– and the first in the Arab region and third in Africa –– to achieve the prestigious triple-crown accreditation.

Affirming Seghir’s commitment and dedication, President Lisa Anderson noted, “I am delighted that Karim Seghir has agreed to serve as dean of AUC’s School of Business. I am confident that he will build on the school’s distinguished global reputation as a triple-crown accredited school.”

Anderson added that Seghir’s familiarity with the school is an asset for its future development. “In his capacity as associate dean, Seghir played an instrumental role in securing international visibility for the school, and his unique combination of insider-knowledge and innovative thinking promises to serve the school well as it continues to win even greater recognition.”

And that is what Seghir is aiming for –– taking the school to new heights. “I look forward to working with faculty, staff, students, alumni, employers, Strategic Advisory Board members and friends to nurture the AUC School of Business’s international and diverse intellectual environment, enhance the quality and the impact of research, ensure a practical and innovative approach in all we do and strengthen the positioning of the school on the global map of business education,” he said. “I am honored and privileged to lead such an outstanding and diverse team of academic and professional staff. This is a great school, and together we will fulfill its potential.”

Seghir’s professional experience in four continents gives him a global perspective on management education. Prior to joining AUC, Seghir served as assistant professor of economics at the American University of Beirut (2004 - 2006), as well as visiting professor at the University of Chile (2010) and the Pontifical Catholic University of Rio de Janeiro (2003). He was also a visiting researcher at Universidade Nova de Lisboa in Portugal (2002 - 2004). Seghir taught microeconomics, mathematical and financial economics, decision under uncertainty and game theory at the undergraduate and graduate levels.

Seghir’s research interests include mathematical economics, as well as financial and credit markets. He has published articles in top-tier economics journals including Games and Economic Behavior, Economic Theory and the Journal of Mathematical Economics. He also serves as a referee for leading academic journals and is a member of the Econometric Society and the Society for the Advancement of Economic Theory. Born in France and raised in Tunisia, Seghir received a Bachelor of Science in mathematics (1997) from the University of Tunis’s School of Sciences. He received his Master of Science (1998) and PhD (2002) in mathematical economics and finance, both from the University of Paris 1 Pantheon-Sorbonne.