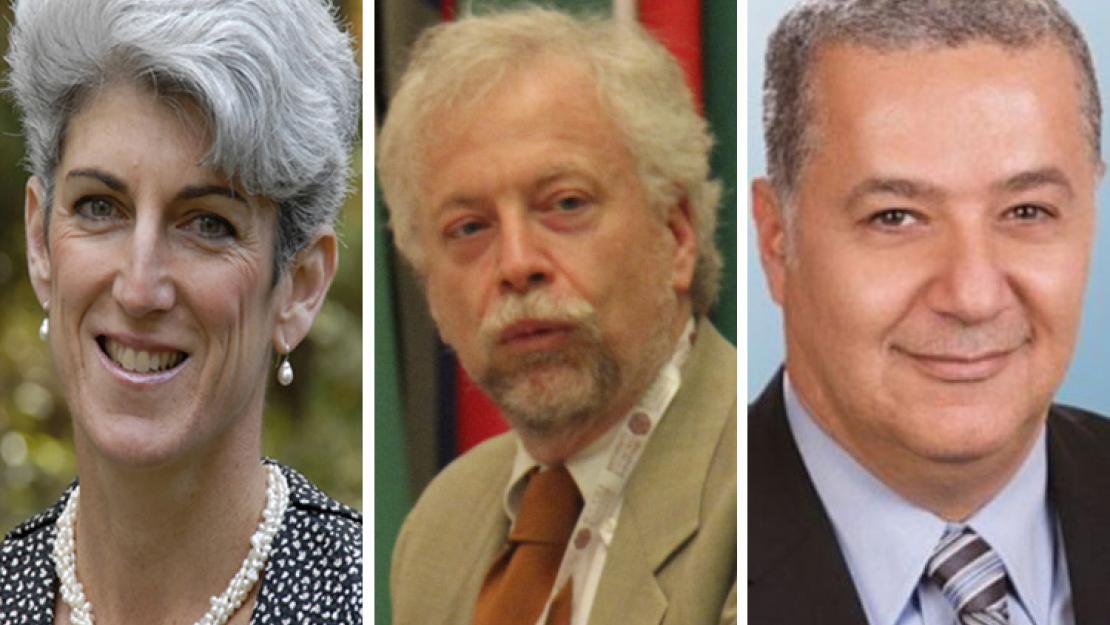 Before joining Georgetown University, Lisa Brown served in President Barack Obama's administration as assistant to the president and staff secretary in the White House, as well as chief performance officer at the Office of Management and Budget. Prior to that, Brown was codirector of the Agency Review Working Group in the Obama-Biden Transition Project and was the executive director of the American Constitution Society for Law and Policy. As part of her government service, Brown also served as counsel to Vice President Gore during the Clinton Administration, was an executive board member of the President’s Committee for Employment of People with Disabilities, and was an attorney adviser at the Department of Justice's Office of Legal Counsel. In addition, Brown was a partner at the Washington law firm, Shea & Gardner. She graduated magna cum laude from Princeton University, majoring in political economy, and earned her law degree from the University of Chicago Law School, where she graduated with honors. "Lisa will be a tremendous asset to our board," said Richard Bartlett, chair of AUC's Board of Trustees. "Her legal background, especially in her capacity as general counsel of Georgetown, provides a perspective that will be useful to the board on many, many fronts." In addition to his position at George Washington University, Nathan Brown is a nonresident senior associate at the Carnegie Endowment for International Peace and president of the Middle East Studies Association. His specialization is Islamist movements, Palestinian politics, and Arab law and constitutionalism. In 2009, Brown was appointed as a Carnegie scholar by the Carnegie Corporation of New York and was a fellow at the Woodrow Wilson International Center for Scholars. He has authored several books, most recently When Victory is Not an Option: Islamist Movements in Arab Politics (Cornell University Press, 2012). Previously, Brown was a member of Human Rights Watch advisory committees, as well as the committees drafting the Palestinian and Iraqi constitutions. He has also served as a consultant to the United States Agency for International Development, the United Nations Development Programme and several nongovernmental organizations. He received his bachelor's in political science from the University of Chicago and his master's and PhD in politics and Near Eastern studies from Princeton University. "Nathan's knowledge of and passion for the region, as well as his deep familiarity with academic institutions, will make him a strong asset to the board," affirmed Bartlett. Faramawy, who also serves on the Dean's Advisory Board at AUC's School of Business, first joined Microsoft in October 1997 as the general manager of Microsoft Egypt. In May 2002, he became the regional director of sales, marketing and services for Microsoft Middle East and Africa, which was newly established, transforming and expanding the company’s regional presence. In 2004, he was promoted to president of Microsoft Middle East and Africa, which currently operates through more than 30 offices and covers almost 80 countries across three continents. In 2011, Faramawy became corporate vice president of Microsoft Corporation. He graduated from the University of Alexandria's Faculty of Engineering, with a degree in computer science and automatic control, and holds an MBA in strategic marketing from the University of Hull in the United Kingdom. He is also on the board of the Egypt Kuwait Holding Company. "Ali has already been a valuable adviser and supporter of AUC in his service on the Dean's Advisory Board for the School of Business, and he will be a committed and active member of the board," noted Bartlett. Distinguished for their professional accomplishments in the areas of business, law, education, philanthropy and scholarship, members of AUC’s Board of Trustees are all volunteers who dedicate their time and resources to supporting the University. Primarily Egyptians, Saudi Arabians and Americans, the trustees do not receive a salary and provide their own financial support to the University. To read more about AUC’s Board of Trustees,click here. Photo caption: Lisa Brown (courtesy of American Constitution Society), Nathan Brown (photo by Ataa Azami / Flickr: Connect2GDNet) and Ali Faramawy (courtesy of Microsoft)