Terrorism vs. Extremism: Are They Linked? 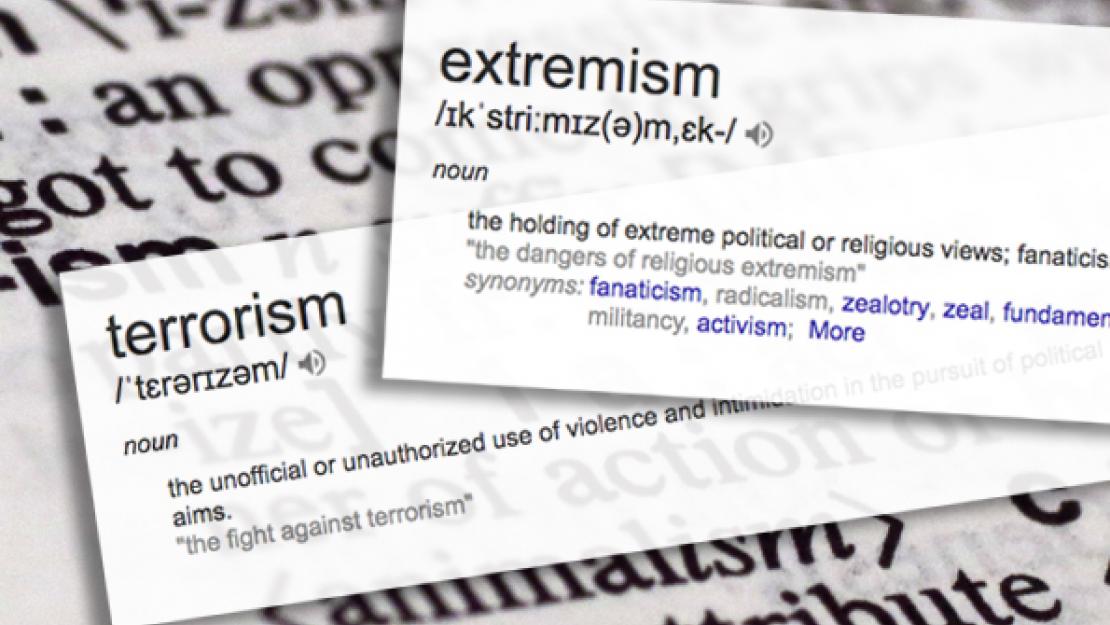 With terrorist attacks in Brussels, Istanbul and, most recently, Kabul, as well as other parts of the world, Marco Pinfari, assistant professor of political science, examines the relationship between terrorism and extremism.

Extremism is holding an extreme ideology or belief. To be clear, some ideologies and religious traditions are structured in such a way that you can hold an extreme or an intermediate version of that belief. Extremism is when you adhere to the extreme version. It is often associated with religious ideology, but it really includes any belief system.

Terrorism is a type of political violence that includes the intentional targeting of noncombatants and distinguishes between the direct victims and audience that you want to affect. In this way, terrorism, as I define it, has three key elements: political violence, or a violent action done to share a particular political message; the intentional targeting of noncombatants; and a bifocal nature, where you attack one group to terrorize another group.

In my view, there isn’t a lot of overlap between extremism and terrorism. Where there is some overlap is when you examine the ideology and psychology of terrorists. Obviously, when you talk about terrorism, you talk about the terrorist and why a person would commit this kind of act. Historically, acts of terrorism have been associated with extremism because they involve the direct targeting of noncombatants. Individuals may see terrorism as the only way forward and so accept the killing of civilians. This may be because they hold an extreme view, be it their views on self-determination, religion or otherwise, but this doesn’t have to be the case.

4. Do you have to be an extremist to be a terrorist?

Not all terrorists are extremists. If we assume that all terrorists are extremists, then we end up labeling people backward. For example, in the case of the National Liberation Front in Algeria or the secessionist movement in Ireland, you may hold a relatively reasonable view on the entitlements of your people to self-determination but still commit an act of terrorism because you feel you don’t have any other means. Then, your belief may be considered “extreme” not because it actually is, but because it led you to commit acts that are seen as extreme.

5. Are all extremists terrorists?

No. In fact, some types of extremism don’t have anything to do with terrorism. For instance, pacifism has two versions: contingent pacifism, where using violence is allowed in some circumstances, like physical self-defense; and absolute pacifism, where using violence is never allowed. Absolute pacifism is actually a form of extremism and is even sometimes referred to as “extreme” or “extremist” pacifism. The people who hold this view -- a view that many would consider extremely good in a way -- are treated as extremists in this particular ideology. However, they are not terrorists and, in fact, stand strongly opposed to violence.