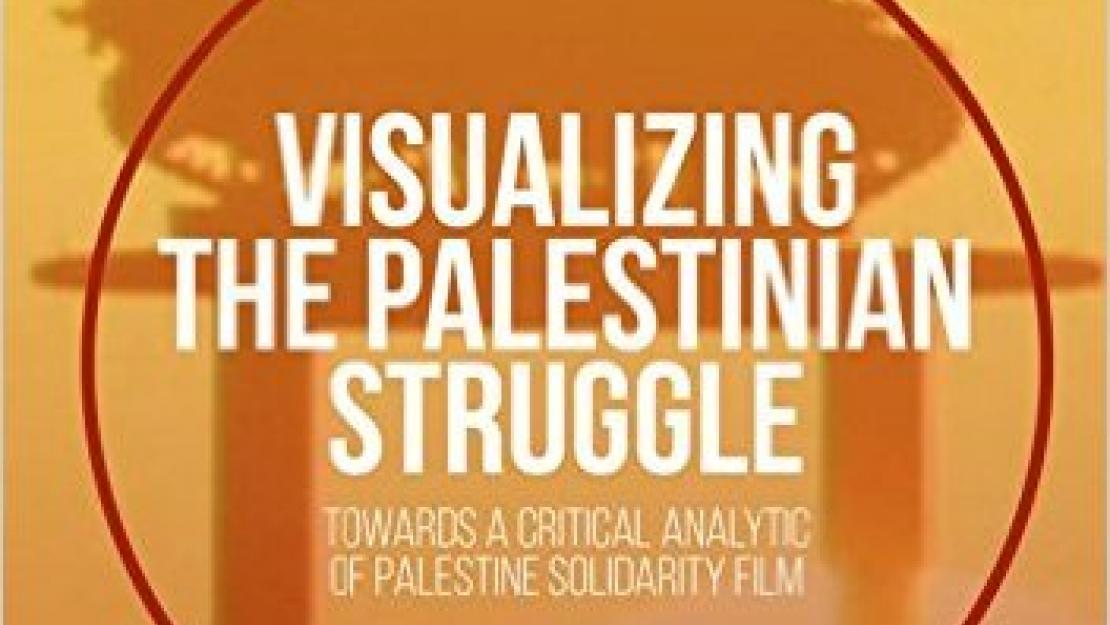 To bring international attention to the rights of Palestinians who are continuously displaced, the International Day of Solidarity with the Palestinian People is celebrated each year on November 29.

From documentaries and academic research to visual art, many of us have learned about the Palestinian struggle in some way or form. Terri Ginsberg, assistant professor of film in the Department of the Arts and director of the Film Program, has focused in particular on studying an array of Palestine solidarity films that were produced by Western, Arab and Muslim filmmakers from Canada, the United States, the United Kingdom, Egypt, Iran, Palestine/Israel, and Mexico, beginning with the 1970s. In her recently published book, Visualizing the Palestinian Struggle: Towards a Critical Analytic of Palestine Solidarity Film, Ginsberg answers the question of what it means to make a film that is in solidarity with the Palestinian struggle and discusses challenges scholars face when offering constructive analysis of the current conflict in the face of political manipulation of social, academic and press freedom.

“In this book, I try to map a critical historiography of Palestine solidarity filmmaking modalities,” said Ginsberg. “Differences exist in the way in which Palestine solidarity has been understood by filmmakers over the past 40 to 50 years, and this is evident in the different kinds of films and aesthetic structures that were being produced at different moments in the history of the struggle. For instance, if we look at solidarity films from the 1970s, we encounter a period of militant filmmaking that coincides with the historical position of the Palestine liberation movement, while today’s solidarity filmmakers have moved away from the kinds of intellectual and political issues that were of interest to those earlier filmmakers –– including class struggle and racism –– toward more human rights-oriented discourses.”

Looking at solidarity films after the September 11 attacks, Ginsberg noted there has been a significant emergence of Palestine solidarity filmmaking by directors, many of them Jews, in North America and Europe. “Jews are finally questioning their own history in relation to Zionism and what that has meant,” she said. “Many of them are moving away from that ideology and are attempting to explain through cinematic means. Among other things, this entails challenging identity politics,” she said.

Moving forward into the digital age and our contemporary era, this trend continues, although fewer and fewer of the films being made offer the depth of political and intellectual analysis evidenced by the militant films of the 1970s, Ginsberg explained. “This includes solidarity films from the Arab and Muslim world,” she said. “In general, solidarity films made within the Egyptian, Lebanese or Iranian film industries, for instance, don’t go into the same degree of analytic depth as did the militant films. One would think that, insofar as the Palestinian struggle is often said to lie at the core of everybody’s heart in the Middle East and North Africa region, proportionately more films of a more substantive critical nature would be produced here regarding this crucial subject, but that has not always been the case.”

A central reason why so many contemporary Palestine solidarity films from the region lack sufficient intellectual depth is the political stance of much of the Arab world vis-à-vis the United States and Israel, Ginsberg noted. “Pursuing this issue critically opens the discussion onto a global vision of what Palestine solidarity might mean,” she said. “Palestine solidarity is not only limited to Europeans or Americans, but also to the larger Arab and Muslim world.”

Ginsberg continued to point out that, in some respects, Palestine solidarity films allegorize concerns and positions taken by particular countries and regions. “[The discourses presented in these films] are always contestational; they project contradictions between perspectives held by the large majority of people in the region and perspectives held by their governments,” said Ginsberg.

In turn, she noted, “Palestine solidarity films don’t transparently reflect the political positions of governments. Such filmmaking, under varying conditions, is a courageous practice in the face of Zionist suppression. For instance, in the United States, it is hard to talk about Palestine without being called an anti-Semite or a self-hating Jew or a terrorist. So by examining Palestine solidarity films, one may gauge the relative restrictions on anti-Zionist or pro-Palestinian speech and the ideological parameters that frame the discussion of Palestine in particular locations.”

For Ginsberg, the most challenging part of writing this book was getting constructive and good-faith commentary from scholars who are, by and large, afraid to talk about Palestine. “Many scholars don’t want to look at or comment on films or written texts concerning this issue,” she declared. “I had to present most of the chapters at conferences, sometimes more than once, in different parts of the world, to get necessary feedback. By contrast, activists within the Palestine solidarity movement were eager to offer commentary, but few of them had the background with which to supply scholarly critique, so the most I was able to do was share my work informally with them. There was a willingness to listen on their part, but also limitations as far as scholarly support.”

Hoping to create more space for the analysis of Palestinian film culture and for the correction of factual distortions about the Palestinian-Israeli conflict, Ginsberg will be teaching an undergraduate course in the Spring 2017 semester on Palestinian cinema. “Taking this course is a good way for students to understand this subject more substantively,” she said. “It is interesting to observe that many students express understandings of the Palestinian struggle that echo Zionist discourse. This course is very important because film and TV are the primary means by which most of us come to know about the Palestinian struggle and what is going on inside Palestine/Israel. If we don’t talk about how that struggle is imaged or what it means to make a film that is in solidarity with Palestinians, then our ability to be responsible solidarity workers, much less conscientious citizens, is limited.”

Ginsberg has co-authored several works including Historical Dictionary of Middle Eastern Cinema, Holocaust Film: The Political Aesthetics of Ideology, Perspectives on German Cinema and A Companion to German Cinema. She is currently co-editing an anthology on Arab cinema and is working on a critique of the history of film studies. Recently, she co-curated the Palestine in Film series at AUC that was organized by the Middle East Studies Center and co-sponsored by the Film Program of the Department of the Arts, and which is still ongoing this semester.