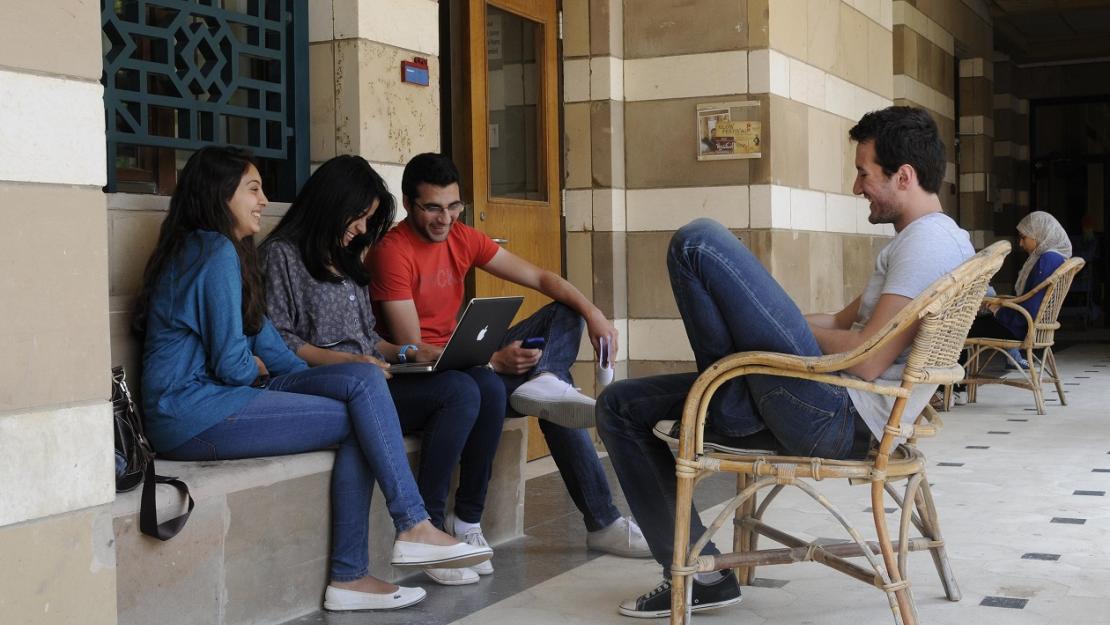 Students work together on campus between classes

Exploring the roots of humanity. That’s what students in the class, Celebrating Ideas: A Voyage Through Books, Film, Art and Theater, did this summer, using classic works of literature to understand what binds us all as humans.

Literature is one way of showing that certain elements of humanity are universal, timeless and not bound by our geography or cultures, explained Mariam Osman, director of the Academic English for Graduates program, senior instructor in the Department of English Language Instruction and course instructor. “Despite changes in technology, we are all the same basically,” she said “We all have the same fears, worries and needs.”

In the six-week course, students read Gilgamesh, Oedipus, Great Speeches from African Americans, Animal Farm, Arabic Short Stories in trans, Dr. Jekyll and Mr. Hyde, Lord of the Flies and Fahrenheit 451. In addition, students used films, documentaries, extra readings and even visual arts to give context to the books.

“The subject matter itself is quite a lot to cover in six weeks, but we examined these texts so that they can see what the human mind can produce and that it’s all relevant and related,” said Osman. “We started out with Gilgamesh, and the students came out talking about friendship, religion and the relationship between human beings and God,” said Osman. “

Class discussions were vibrant, as students explored the literature themes and how they relate to their everyday lives. “Given the times,” said Osman, “they saw so much of what’s going on around them and related it to the texts, which made them even more excited about the course and its relevance. When they know they are supposed to think of the relevance to their lives and what’s going on around them, they do so very well.”

The course is far more than just a literature class. It was designed to embody one of AUC’s central philosophies and founding principles –– liberal arts education. Central to the liberal arts philosophy is the idea of creating well-rounded students who have the opportunity to explore a wide range of academic subjects beyond their own majors.  “The selected texts gave the students an overview of literature and well-known readings across time, space and cultures,” said Osman.