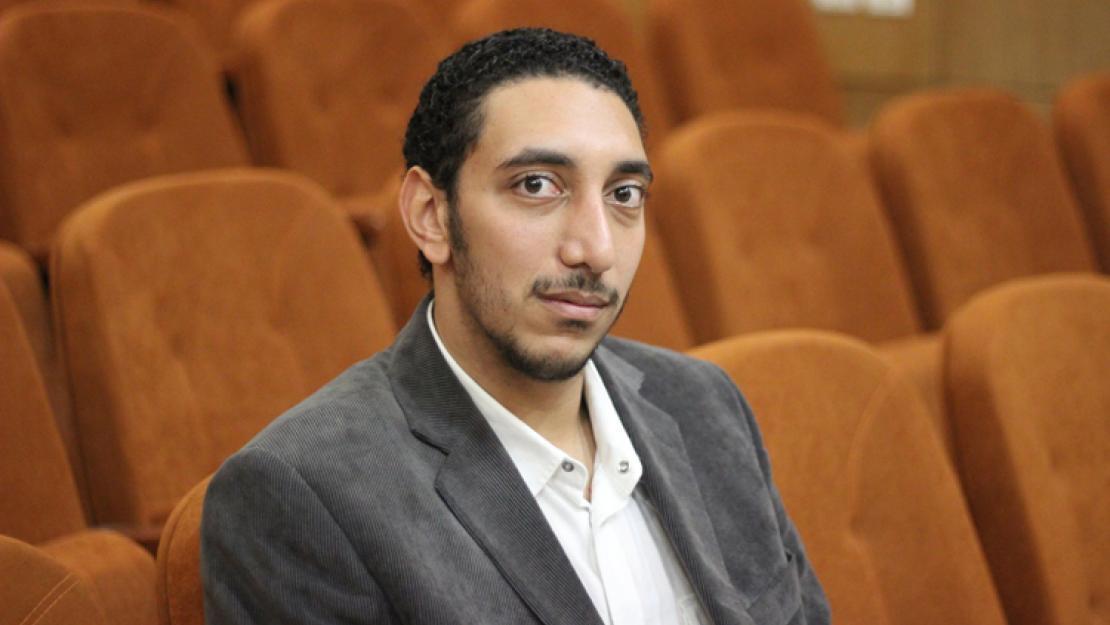 “Even though music is not a product of science, the two fields have direct relations,” affirmed AbdelRahman Bahieldin, an AUC junior pursuing a double major in music performance and engineering, who recently won first place in the prestigious Chopin piano competition in Egypt at the Cairo Conservatory, for the above 18 age group. As part of his award, Bahieldin will travel to Poland in the spring to take master’s classes for one week at the Academy of Music in Krakow.

“I connect to engineering in such a specific way, and I use the same approaches to a problem in music as I do for an engineering problem,” continued Bahieldin on the relation between science and music. “Concentrating simultaneously on music and mechanical engineering has been a dream of mine for a long time, and I’m happy I was able to pursue it at AUC.”

Bahieldin has been studying the piano consistently since he was 5 years old. The exam board of the Royal Schools of Music, also known as ABRSM, has a tiered system of grades and exams that indicate levels of musicianship, from one to eight (eight being the highest). Bahieldin finished grade eight of the ABRSM piano exam when he was 14, during his first year of high school. “This is equivalent to finishing an undergraduate degree in piano,” Bahieldin explained.

Devising a creative career path for his future that combines both of his interests, Bahieldin plans to design musical instruments. “The piano is a very complex mechanical system, and because I understand the physics, the structure of a piano, I believe it would be wise for me to use my divergent skills to become a designer,” he said. “This would combine all of my skills in one job. It’s like double majoring in work.”

In addition to designing a piano, attempts to foresee the wearing down of the instrument and its materials would be futile without a complete understanding of the physics behind its mechanisms, noted Bahieldin. “The strings of a piano need to be tight for hundreds of years,” he said. “The motion of the inner structure of a piano is, plainly, mechanical engineering.”

This connection between engineering and the structures present in a piano’s function are what have drawn Bahieldin into the profession of piano making. “Not all pianos are handmade, but handmade pianos -- which are the best pianos around -- actually produce different timbres and sounds; their unpredictability often leads pianos to produce timbres that are not precisely what a musician needs,” Bahieldin remarked. “Every type of music requires a certain type of piano. For example, Bach would need a different piano timbre than Chopin, who would need a different piano timbre than Chick Corea. Developed machinery would be able to achieve these minute specifications."

There is much research to be done with regards to mechanized manufacturing of pianos, argued Bahieldin. "This is a developed field, but there is a lot of new technology to be integrated into this field, which I feel would lead to great leaps in the industry," he said. "Piano making has been a practice for centuries now, yet there is much work to be done beyond the scope of handmade pianos.”

John Baboukis, associate professor and chair of the Department of the Arts at AUC, was director of the music program when Bahieldin first entered the University as an engineering student. Baboukis recalled that Bahieldin was not aware that “a university offering a degree in engineering might also offer a degree in music.” “Evidently, this is an American concept that seems quite foreign here,” Baboukis said, affirming that there is, in fact, a relationship between music and science.

“There is an overwhelming quantity of research to indicate that students who participate in musical activities in primary and secondary schools in the United States get better grades in their other subjects, very much including the sciences. Music teaches discipline; a child learning an extended piece of music has to work on it diligently. The skills acquired in this undertaking apply directly to other endeavors, including those needed in engineering. I suspect that the reverse is also true. Musical study makes people better at engineering, and studying engineering makes a better musician.”

Bahieldin gives much credit for his success to his current piano instructor at AUC, Elena Dzamashvili, as well as to John Baboukis. “Professor Elena is one of the best teachers in Egypt,” said Bahieldin, “I appreciate very much her brilliance, the great number of hours she spent to coach me on my program and her dedication and integrity outside of teaching piano. I would like to dedicate my first place award to her and Professor John Baboukis.”

With his love for the piano going back to his childhood, Bahieldin’s passion is only growing. “Music, organized sound, is a great thing,” he said. “It can express any feeling and uses both sides of the brain.”

Speaking specifically about his instrument, Bahieldin noted, “Piano means harmony. A whole symphony played by an entire orchestra can be created just with the piano. It is this passion for harmony that keeps me playing.”