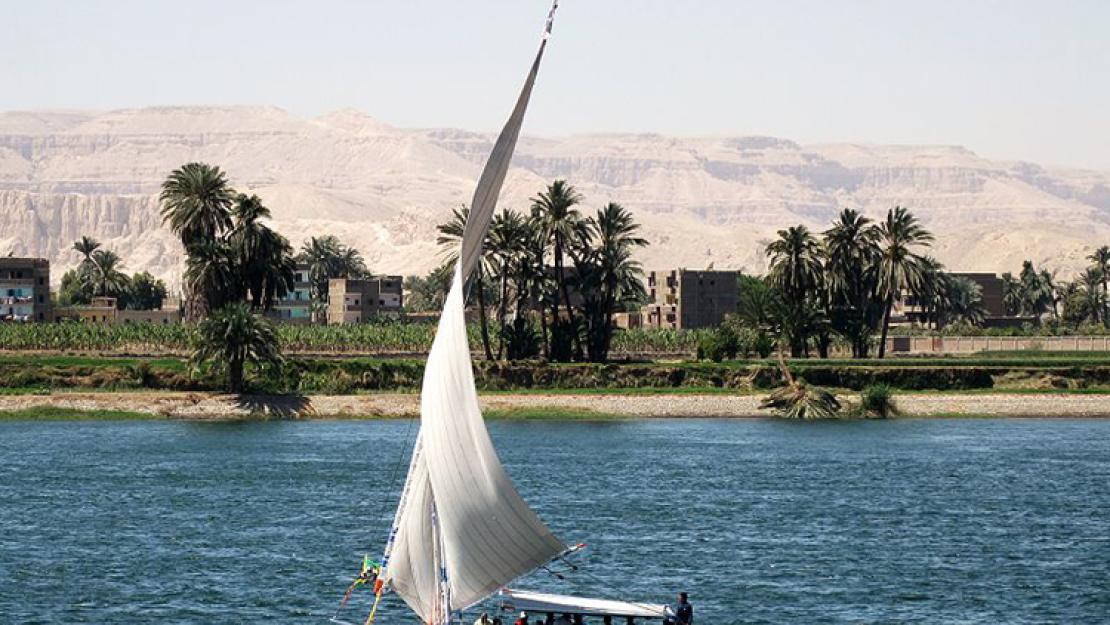 For Egypt, the threat of global warming lies not only in rising sea levels, which are particularly dangerous to coastal cities such as Alexandria and the Nile Delta, but also in low levels of dissolved oxygen concentrations (DO) in the Nile River, which will ultimately lead to the deterioration of water quality, the endangerment of some species and a disruption in the country’s fish production and agricultural productivity.

While dissolved oxygen is essential for fauna and flora to survive, its concentration decreases in warmer water, which can have drastically adverse effects on life in rivers. “When dissolved oxygen levels are low, some of these riverine species and plants will become endangered or could vanish altogether, which will, in turn, affect the entire ecosystem,” Sherine El Baradei, assistant professor at the Department of Construction and Architectural Engineering.

In order to establish that the levels of dissolved oxygen in the Nile were in fact changing over time as a result of rising temperatures, El Baradei recorded air temperature readings over a 23-year period –– from 1990 to 2012 –– to simulate the dissolved oxygen concentrations at two research stations along the Nile River in Alexandria and Luxor. Simulation of water temperatures and dissolved oxygen levels were conducted during the months of August and February, “when the Nile is at its highest and lowest discharges, respectively,” explained El Baradei, whose research titled “Effects of Global Warming on Critical Dissolved Oxygen Concentrations and on DO Sag Curve in the Nile River,” received the Best Session Paper award at the International Conference on Biological, Civil and Environmental Engineering, which took place in the United Arab Emirates last spring.

Besides being a danger to the survival of river plants and fish, decreased dissolved oxygen levels in the Nile also mean that the water cannot be used for some types of agricultural consumption. “Water with a decreased DO concentration cannot be used to irrigate crops that will be eaten, such as wheat. It can only be used on inedible crops like grass,” El Baradei explained.

For the water to be safe for human consumption it has to have a specific DO concentration and would have to be treated in a water treatment plant. “When a water treatment plant's intake is placed on the river at a location where there is low dissolved oxygen, lots of chemicals have to be added to the water in order to make it suitable for human consumption, and this will affect the human health, besides being uneconomic,” she added.

According to the 2014 Human Development Report, the impact of climate change will become “progressively serious,” with the last three decades being “successively warmer at the Earth’s surface than any preceding decade since 1850.” The long-term impact “might be irreversible,” the report noted, citing that between 15 to 40 percent of emitted carbon dioxide will remain in the atmosphere for longer than 1,000 years, affecting global sea level rise.

To combat the effects of global warming in Egypt, El Baradei concluded, "Egypt should reduce the burning of rice straw because it causes additional heat to the environment, and carbon emissions from cars and factories should be decreased. People should also beginto move to newly developing, large cities because living in dense population areas will cause additional heat emissions. In addition, the potential effects of global warming on dissolved oxygen concentrations in the river should be taken into consideration when choosing a location for water treatment plants because the negative effects could be reduced by choosing the right location. If this is not examined from the beginning, it becomes very costly to change the location of the plant."

She added, “Egypt is one of the most vulnerable countries to the potential impact and risks of climate change, even though it produces less than 1 percent of the world’s total emissions of greenhouse gases. Numerous studies have shown that the Nile River is very sensitive to temperature and precipitation changes, and we must take positive steps to combat, or at least mitigate, this important and pressing issue."

Photo Caption: Sherine El Baradei's study of the Nile in Luxor and Alexandria shows that global warming affects water quality and may endanger some species, photo courtesy of Olaf Tausch