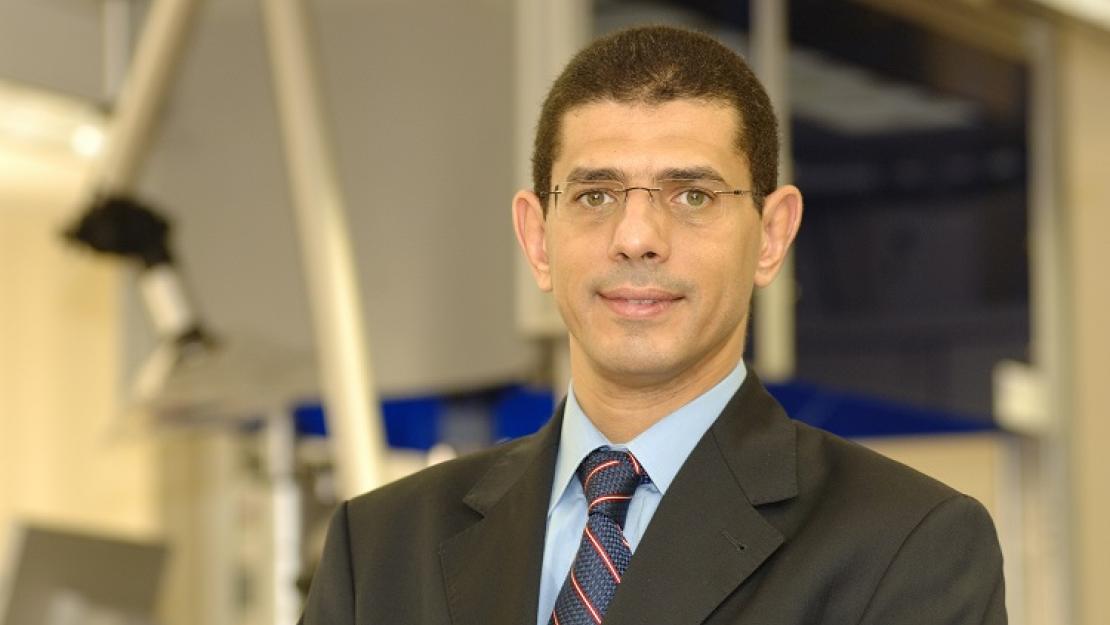 Sherif Sedky, professor of physics who has been on leave from AUC to serve as the academic president of Zewail City of Science and Technology, is returning to the University to serve as its provost. Sedky succeeds Provost Mahmoud El-Gamal, who will be leaving AUC at the end of the academic year to return to his research at Rice University.

“Sherif Sedky is well-known to the AUC community through his previous work in the physics department, at the Yousef Jameel Science and Technology Research Center and as associate dean of graduate studies and research at the School of Sciences and Engineering,” said AUC President Lisa Anderson. “Not only is he a skilled and dedicated administrator, he is also an accomplished scholar and scientist, and is familiar with the University’s operations. This knowledge, coupled with his talent, commitment and expertise, will be an asset for us as he assumes his new role as provost."

Sedky, who served as director of AUC’s Yousef Jameel Science and Technology Research Center, is the recipient of the Excellence in Research and Creative Endeavors Award from AUC in 2007; the prestigious Egyptian National Award in Advanced Technological Sciences in 2002, offered by the Academy of National Research; as well as the graduate studies award from Cairo University in 1996. Sedky’s biography is listed in Marquis Who’s Who in the World.

“I’m delighted to be back at AUC and hope to work closely with students, faculty and staff to maintain the University as a center of excellence and distinction in Egypt, the region and worldwide,” said Sedky. “We all need to work together in a collaborative spirit to effectively advance this mission, and be innovative and forward-looking as we tackle the challenges and opportunities that lie ahead.”

At the Zewail City of Science and Technology, Sedky held numerous prestigious posts. He was the founding provost and acting president from April 2012 to September 2014, after which be became the academic president. In addition, he was the director of the Nanotechnology Center at Zewail City since October 2012.

Sedky holds numerous patents in the thin film technology and micro-electronics fields, and has invented miniaturized devices that can convert physical phenomena, such as infrared radiation, into electrical signals. In 2003, he established a MEMS fabrication facility at AUC. In addition, he served as a visiting professor at the Katholieke Universiteit Leuven in Belgium and Stanford University in the United States for several consecutive summers.

A prolific author, Sedky holds a bachelor’s in electronics engineering and master’s in engineering physics, both from Cairo University, as well as a second master's and a doctorate from the Katholieke Universiteit Leuven. He is a member of the Institute of Electrical and Electronic Engineers and the Materials Research Society, and has served on the scientific committees of several international conferences.