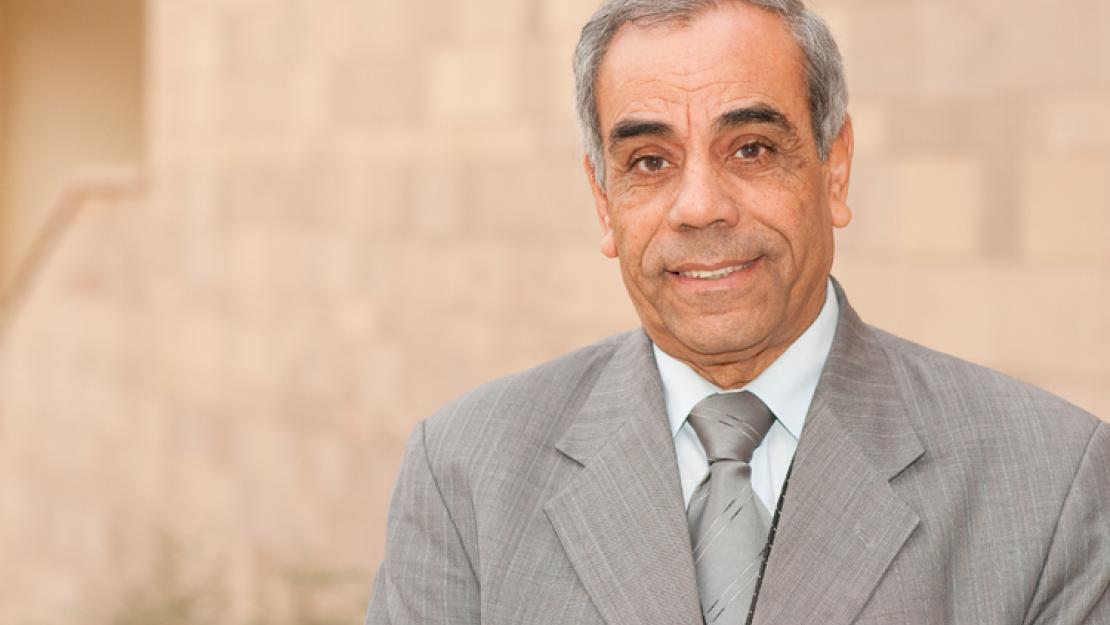 Recently selected as the scientific adviser to the Sharqiya governorate, Salah Arafa, professor of physics, is focused on transferring technology to induce real development in rural areas, not by enforcing change from the outside, but by involving the members of the community every step of the way.

“We reach out to people, mobilize them and organize their efforts by creating NGOs that introduce a compatible framework for them,” explained Arafa. “Afterward, we focus on empowering them, helping them run an organization and, in the process, they learn how to mobilize others, empower leaders, and gain soft and hard skills.”

As scientific counselor, Arafa’s top priority is bringing officials, experts and local actors together. “The local people have all the expertise needed; all we have to do is integration,” he said. “We can perform miracles if we have pure intentions.”

Originally from Sharqiya, Arafa has been involved in community development in the governorate since 1974, in what he calls “returning-to-the-roots journey.” Arafa researches how to utilize natural resources to create eco-friendly communities in rural villages, which helps develop residents’ capacities and competencies. Arafa's well-known Basaisa project, launched in the 1970s, has gained widespread recognition as a model for one of the most successful sustainable development projects in Egypt.

When Arafa first started his Basaisa project in 1974, he would travel to this remote village, Basaisa, every Friday to work with residents on improving living conditions. By utilizing local resources and engaging village residents, Arafa created an “integrated approach to development.” His program included training sessions in agriculture, efficient use of natural resources, literacy, group collaboration, creative thinking and community building. In 1983, he established two associations in Basaisa – one as a cooperative organization that generates income to finance another association specialized in community development. Today, as a result of Arafa’s efforts, Basaisa has been transformed from a poor and marginalized village to an eco-friendly community for sustainable development.

Through open dialogue and dedication, Arafa, who joined AUC in 1968, was able to encourage the residents of Basaisa to work with him to reduce illiteracy rates, educate women, as well as guide youth and farmers, with the ultimate goal of raising the standard of living in the village. After a couple of years of working independently, AUC students, faculty and staff began to volunteer with Arafa in this mission. AUC has also hosted more than 50 nongovernmental organizations at the annual Basaisa Day, held in April, where organizations from several governorates display their handicrafts as a way to reflect Egypt’s diversity.

“When people started to learn about what I was doing in Basaisa, they became enthusiastic and wanted to participate so that they could direct their efforts toward sustainable development,” Arafa explained. “In the end, everyone found something to contribute and a way to share in the responsibility of this project.”

In 1992, Arafa started a project, new Basaisa, a small desert community in Ras Sudr, south of the Sinai governorate. Located 200 km from old Basaisa and 190 km from Cairo, new Basaisa is agriculture-based, utilizing 750 feddans, or acres. With group efforts, Arafa and the residents who moved to start over in new Basaisa managed to introduce new technologies, such as recycling of agricultural waste to produce gas and using solar energy to produce electricity and heat.

As a result of his efforts, Arafa was named the 2009 Man of the Year for Environment and Development by the Society of Writers on Environment and Development, which honored him for his distinguished role in achieving sustainable development in rural Egypt. “Salah Arafa was the first to use solar energy and recycling in rural areas, and was the first to develop the capacity of young people living in rural areas, and to empower rural women through offering appropriate training and job opportunities that are compatible with their way of life,” said Susan Zaki, the society’s secretary-general at the time. Arafa was also selected as a senior Ashoka fellow in 2004.

After working in Al Sharqiya governorate for almost 40 years, Arafa measures the village’s transformation by the positive impact on the people. He says his proudest moment was attending a conference on desertification and meeting the Desert Research Center deputy, who was only 12 years old when Arafa first visited Al Basaisa in 1974. “My real reward is knowing that we were able to positively transform conventionally accepted beliefs and ways of thinking in the village over the years,” said Arafa. “That’s a real step forward.”