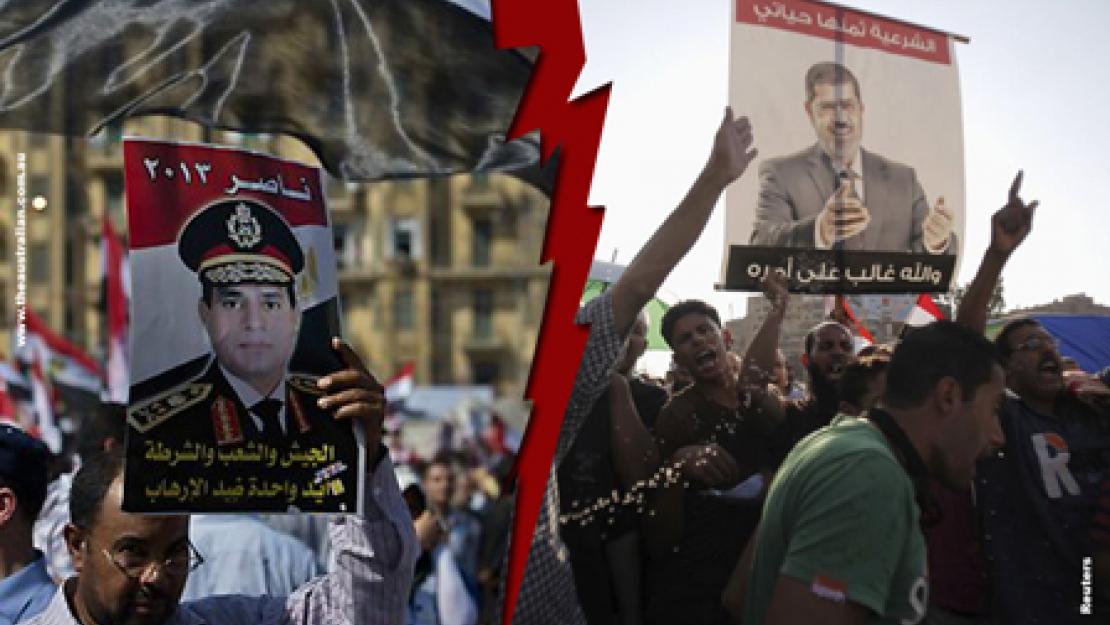 “The hate rhetoric on the national scene makes reconciliation seem like a far-fetched dream,” said Mona Amer, associate professor of psychology. “There is little focus on creating a culture of healing and minimal interest in building bridges. Governmental and political groups seem to be neither listening nor compromising. This mirrors what the average person on the street does.”

Amer noted that a process of “othering,” in which one group is seen as “us” and the other as “them,” has become prevalent now in Egyptian society. Those who feel attached to a particular group or perspective will blame the other, spreading disdain and hatred, and will reduce members of the other group to less-than-human caricatures, she explained. “This is to the extent that people sometimes exhibit no sympathy when they see people from the other group harmed or killed,” Amer noted. “This is very troubling.”

According to Amer, “Psychological research has shown that this process of othering increases self-esteem among people who believe that they hold the correct or better position, and actions of disparaging and vilifying the other group further raises this esteem.” What needs to be realized, Amer continued, is that group boundaries and definitions shift over time, depending on the situation and what is salient to one’s identity at any given moment. “If Egypt is attacked by war,” she said, “these groups currently in conflict may unite together to fight the external enemy. However, in the absence of such an extreme external event, if people continue to demonize, stereotype, marginalize and persecute others, looking upon them all as one lump with no diversity, this diminishes the chances of having an open and pluralistic environment for people from different backgrounds. Reconciliation then becomes very difficult.”

The self-esteem and reassurance people feel when affiliating with one group lead them to engage in numerous faulty mental processes that further embed their perspective. “One example is the confirmation bias,” Amer said. “When people find home in one of the groups, they filter out information that is not in line with their perspective. This mental filtering makes them unable to see all sides of the situation because they only pick bits and pieces that fit their own perspective, whether that means using non-credible sources of information, buying into fantastical rumors or sharing Facebook posts that bolster their point of view. This heightens their sense of security and continuously affirms their view of the other group as ‘lesser than.’ It’s psychologically reassuring when we see that the other group is bad and that we are on the good side.”

Social media, Amer added, exacerbates the situation due to the ease of sharing photos, videos and stories, whether or not they are credible, and writing harsh –– sometimes accusatory –– comments. “People write extreme comments and allegations on social media that would be difficult to say face-to-face, causing conflicts between friends and family members,” she said. “The videos and photos people share sometimes don’t show what their titles say, but people share them anyway. Critical thinking diminishes when people are afraid or want to believe something and need to feel satisfied that their position is correct. There is also a deficit in media literacy, which makes it difficult to distinguish what is credible from what is not.”

For the past couple of years, Amer has been observing her Facebook news feed, “as it has become increasingly extreme in prejudicial and hateful content,” and compiled the common themes into a document,“Twenty Steps to Civil War.” By examining people’s posts and information they share, she noticed that for every accusation or rumor spread against one group, there was a comparable statement made against them by the other group. “People are skilled at criticizing and faulting others, but have defenses against self-reflection,” she said. “It is time for all of us to look back and think about how we have contributed to demonizing and dehumanizing others. We are all to blame for the situation we are in.”

What’s worse, Amer contended, is that with the current polarization in Egyptian society, there is little room for middle ground. “Although there are countless groups and perspectives, the media and national discourse create a false dichotomy between two positions, often simplified with terms such as ‘pro’ versus ‘anti,’” she said. “People who are not part of a group –– trying to be objective and listen to the diverse views –– feel lost, anxious and overwhelmed, not knowing how to interpret the large volume of information, not to mention violence and deaths, which are difficult events to deal with emotionally. It’s a psychological burden to truly appreciate what is happening and try to see things from all sides. To avoid such psychological stress, we protect ourselves by becoming part of a group, idealizing it and justifying its actions. As friends and family members become more entrenched in a particular group perspective, people who are not attached to any perspective may feel pressure to take sides.”

But it’s those people in the middle who may hold the key to reconciliation, according to Amer. “Change in society doesn’t have to come from political leaders or those promoting the extreme-most rhetoric,” she said. “People who are not embedded with a particular group –– those who want a tolerant, humane and pluralistic society –– have to step up and mobilize themselves in order to build bridges as an alternative to the current discourse. They have to promote voices of reason that are tolerant and inclusive. … We are all responsible for what’s happening and must stand together because we are approaching a warning zone. We need to counteract that; otherwise, we would be slipping into a dark tunnel.”