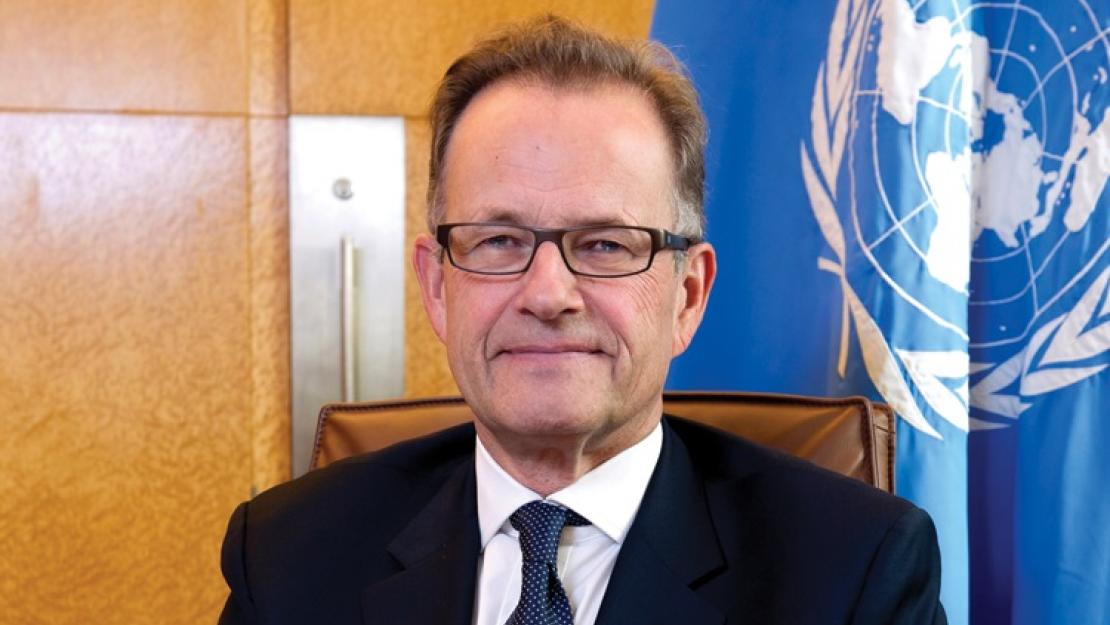 The lecture, which will be held on Monday, April 20 at 6 pm in Moataz Al Alfi Hall, will be followed by a panel discussion titled, “Is the UN Still Relevant in Today’s World?” The panel will feature Ahmad Fawzi, interim director of the United Nations Information Service in Geneva; Ibrahim Awad, professor of global affairs and director of the Center for Migration and Refugee Studies at AUC; and Hisham Wahby ’89, assistant professor of political science at the British University in Egypt.

The Nadia Younes Memorial Lecture invites renowned international figures in the fields of politics, international relations and humanitarian affairs to speak at AUC. Past speakers have included Kofi Annan (2005), former secretary-general of the United Nations; Dr. Bernard Kouchner (2006), former foreign minister of France and co-founder of Médecins Sans Frontières; Mary Robinson (2007), former president of Ireland and the first female to assume that post; Dr. Gro Harlem Brundtland (2012), former prime minister of Norway, former director-general of the World Health Organization and founder of the sustainability movement; Nabil Elaraby (2013), secretary-general of the League of Arab States; and Nabil Fahmy (2014); Egypt’s former foreign minister and dean of AUC’s School of Global Affairs and Public Policy; in addition to many other prominent speakers and global leaders.

The lecture series is part of the Nadia Younes Memorial Fund, which was established in honor and memory of Nadia Younes, who was tragically killed in the bombing of the United Nations headquarters in Baghdad on August 19, 2003, while she was serving as chief of staff to Sérgio Vieira de Mello. In addition to the annual series, the fund has helped establish the Nadia Younes Conference Room, which serves Cairo International Model United Nations members, and the Nadia Younes Award for Public and Humanitarian Service.

Møller, from Denmark, has an extensive career with the United Nations. He is currently the acting director-general of the United Nations office in Geneva, acting secretary-general of the Conference on Disarmament and personal representative of the United Nations secretary-general to the conference. Prior to assuming these duties in November 2013, he was the executive director of the Kofi Annan Foundation (2008 - 2011). He was also the United Nations secretary-general’s special representative for Cyprus from 2006 to 2008 and director of political, peacekeeping and humanitarian affairs in the Office of the Secretary-General from 2001 to 2006, serving concurrently as deputy chief of staff for the last two years of that period. Between 1997 and 2001, he was the head of the Office of the Under-Secretary-General for Political Affairs at the UN headquarters in New York. He served in different capacities in New York, Iran, Mexico, Haiti and Geneva, where he started his career in 1979 with the United Nations High Commissioner for Refugees.