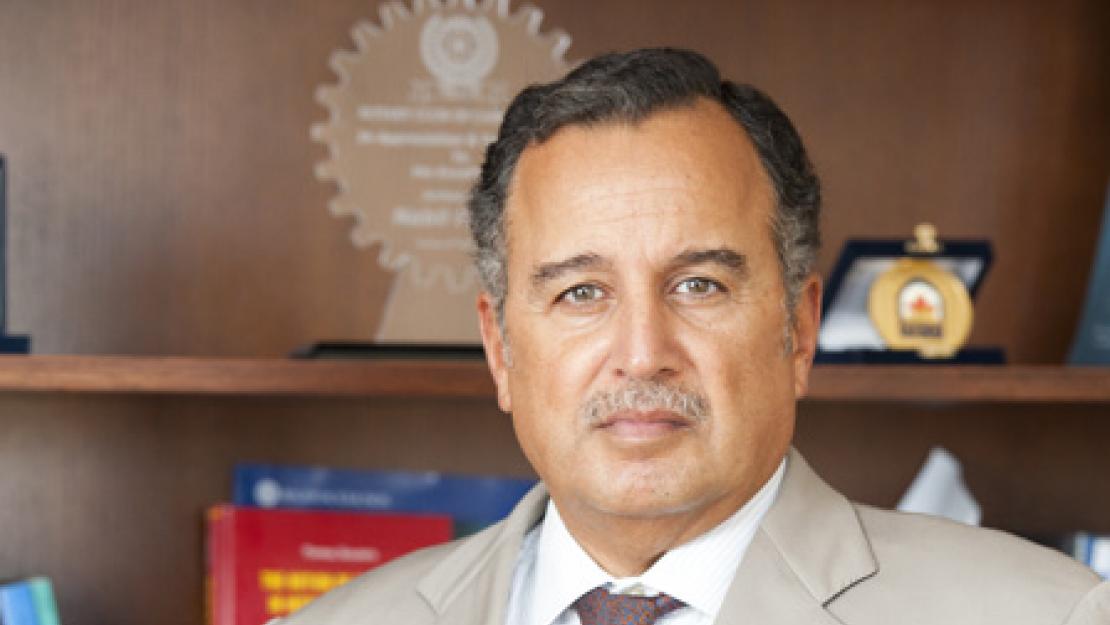 Nabil Fahmy, founding dean of the School of Global Affairs and Public Policy (GAPP) and Egypt’s foreign minister, was the Egyptian ambassador to the United States from 1999 to 2008. After returning to Egypt, he headed GAPP and served as chair of the Monterey Center of Nonproliferation Study’s Middle East Nuclear Nonproliferation Project. He is also a member of the advisory board of the International Commission on Nuclear Nonproliferation and Disarmament, and has served as Egypt’s ambassador to Japan and political adviser to the foreign minister, as well as at the Egyptian missions to the United Nations in New York and Geneva.

Fahmy holds a bachelor’s in physics and mathematics and a master’s in management, both from AUC. Fahmy has written extensively on Middle East politics, development and peacemaking, as well as regional security and disarmament. A distinguished diplomat, Fahmy played an active role in the numerous efforts to bring peace to the Middle East, as well as in international and regional disarmament affairs. Most recently, he served as a member of the 2012 World Economic Forum Global Agenda Council on Nuclear, Biological and Chemical Weapons, which promotes nonproliferation of weapons of mass destruction.

As the dean of GAPP, Fahmy introduced several initiatives including new academic degree programs, an executive education program, a public policy lecture series and a global affairs quarterly, in addition to establishing collaborative partnerships with universities in the region and worldwide.

Following the tragic death of Nadia Younes in a 2003 bombing in Baghdad, where she was serving as chief of staff for the special representative of the UN secretary-general in Iraq, her family created a fund devoted to her memory. Established in 2004, the Nadia Younes Memorial Fund at AUC includes an annual lecture, the Nadia Younes Conference Room in the Model United Nations Center and the Nadia Younes Award for Public and Humanitarian Service, which rewards a graduating senior for commitment to public service.