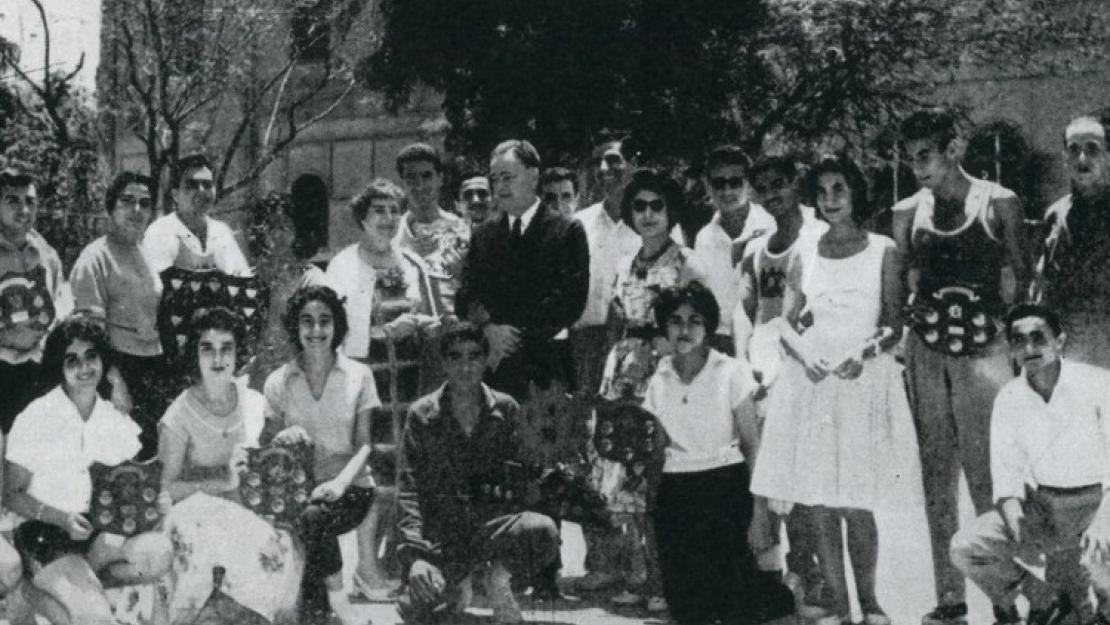 On May 16, 1959, the first annual AUC Open House Day was organized by students, in coordination with various offices and departments, as well as the dean of students. AUC students, faculty and staff acted as hosts for the day, which welcomed families and friends of AUC community members to participate in sports tournaments, tours and activities to learn more about the University and to celebrate AUC’s intellectual and cultural life.

“The University is not concerned just to produce a number of scholars,” said President Raymond McLain in his welcome speech on Open House Day. “The purpose is to produce the kind of men and women who can live effectively and unselfishly in today's world, and make it better!”

The inaugural Open House day featured a ceramics exhibit, two one-act plays in English and Arabic, a tour of Hill House Library, and demonstrations of teaching methods and lab experiments. The annual Sports Day between faculty and students, a tradition since 1921, was included in the day’s events.

In 1960, Open House Day was renamed Anniversary Day, and expanded to include alumni so that all members of the AUC community were invited to the day and were involved in some aspect of the planning. Anniversary Day on May 14, 1960 included arts and crafts exhibits, short plays, a classical music performance, a science exhibition, a flower arrangement competition, as well as sports and games.

The last Anniversary Day was held in 1963, but community events such as Sports Day, Alumni Homecoming, International Day and Family Day remained a vital part of life at AUC in the coming decades.