Mohamed Moustafa: Computers Can Think, See Like Humans in Near Future 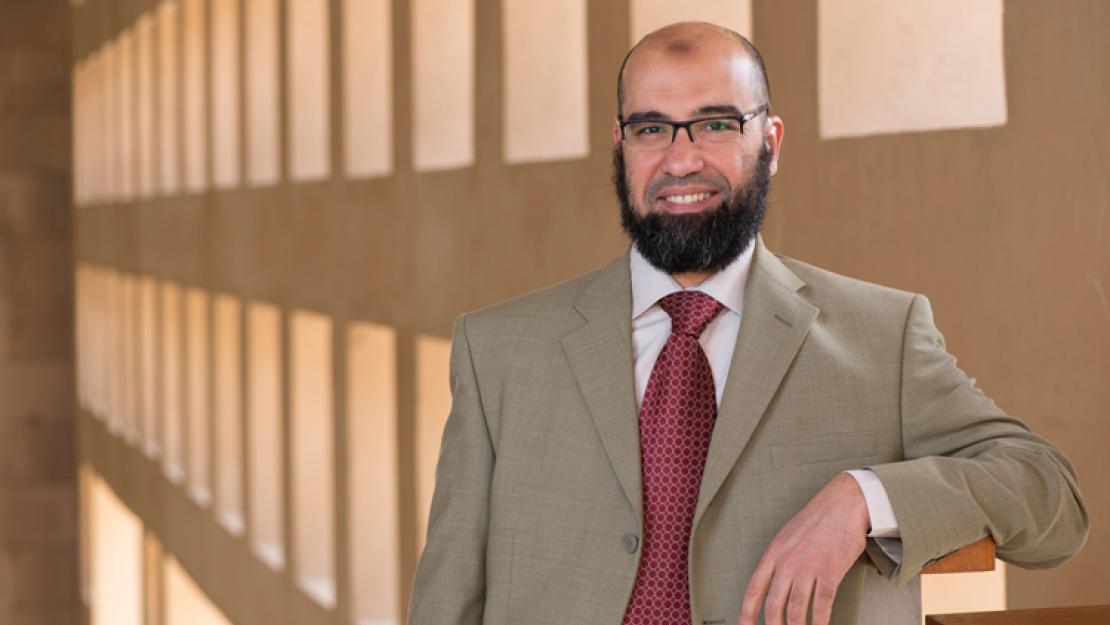 “The next generation of national IDs will not just have a bar code, but will have computerized biometric markers that include information from the fingerprint, face and even the iris in the eye,” predicted Mohamed Moustafa, associate professor in the Department of Computer Science and Engineering. “There is already the e-passport, which has a microchip in it with an image of your face, iris or fingerprint. This allows people to enter countries without any interaction with border control officers.”

In the current age of artificial intelligence, machines are increasingly able to “think” like humans, actively sensing and understanding the environment around them, rather than only responding to interaction. Researchers such as Moustafa, who are working in the field of computer vision, focus on developing and refining the sensory and analytical capabilities of computers, enabling machines to carry out tasks that will make human life easier and safer, from performing household chores to providing high-tech security systems at airports, homes and businesses, as well as collecting and analyzing data in dangerous environments such as minefields, extreme climates or disaster zones. Intelligent machines gather information in remote locations, the ocean or even outer space more easily and effectively than a human team.

Scientists in the field of computer vision are working to better understand how the human visual system works, with the aim of developing solutions for poor vision or blindness in humans. Others have the ultimate goal of replicating a human. “It’s like the robots you see in the movies,” noted Moustafa. “Having an intelligent machine is very beneficial to avoid humans doing work that is hard or unsafe. An example of this is the Mars Rover, which analyzes the texture of the ground and rocks on Mars, an environment where humans cannot survive. Intelligent machines can also be used to detect and remove land mines, something that is very dangerous –– and at many times lethal –– for people to do themselves.”

Additionally, computer vision is used in security systems that rely on biometrics, which are physical identifiers of a human being. “Within biometrics, you have fingerprint, face or eye recognition,” said Moustafa. “All of these are human traits that we can capture with a camera. The face is the easiest to capture because it does not need any interaction with the user, so you can even capture the face without any knowledge of the person, although ethically there should be signs saying that an area is under surveillance. That is different from the fingerprint, for example, where you must have a sensor that someone presses their finger against; there has to be some physical contact. But with the face, you could just have a camera set up that captures people as they walk by, and the face contains lots of information, lots of data.”

While the face is easy for a camera to capture, computer facial recognition is less accurate than other biometrics. “The face is more sensitive to facial wear or expression, as well as lighting or pose,” Moustafa affirmed, “but to address the problems of lighting, facial expression and facial wear, there are many algorithms for face recognition that rely on different features to identify a face. Some of them are simpler than others and more susceptible to facial changes, while others are more sophisticated and focus on areas that are less likely to change naturally, such as the area around the nose.”

A more accurate biometric, but one that is harder to capture, is the iris. “Of course, the most accurate biometric of all is the DNA,” remarked Moustafa, “but the iris is the most accurate one you can capture visually, meaning that if you have a database of 1 million images of known people and you have an image of an iris, the probability of getting the correct one out of the million is more than 99 percent under controlled capturing conditions. No two irises are exactly the same, and the iris is easier to capture than the fingerprint, although you need a high-resolution camera and the person needs to stand close to it.”

The most famous example of iris detection is the story of a refugee girl in Afghanistan whose photo appeared on the cover of National Geographic when she was 12 years old. She was found again nearly a decade later, and a computer iris-detection program was able to confirm her identity. Because of the accuracy and lack of change in the iris, Moustafa anticipates that many countries will begin to use iris recognition in their national identification systems. “Currently, some high-end devices, like the newest iPhone model or some luxury cars, have fingerprint sensors, but I expect that iris recognition will become more common, as it is more accurate,” Moustafa said. In order to truly mimic the human visual intelligence, computer programs must be able to determine that what they “see” is attached to a real person. While biometric data is more secure than using a password, there is the possibility that a computer system could be tricked by someone holding up a high-definition video or an image of someone’s face or fingerprint. This is known as spoofing and is something those within the computer vision field, including Moustafa, are working to combat. “We are currently researching how to differentiate between a fake and real iris,” he said. “How would you differentiate between someone holding a high-resolution photo of my face in front of the camera instead of a real one? Or even recording my face on an iPad or tablet? Or if you have a door that requires iris recognition for entry, what is to prevent someone from getting a picture of the iris then designing a contact lens from this and wearing it?” Optimistic about the future prospects of biometric recognition, Moustafa continues to research the software behind computer vision –– designing and implementing algorithms for detecting and recognizing the face and the iris, and optimizing this software so that it is faster, more accurate and can work in smaller devices, such as mobile phones. “In the near future, biometric recognition will be a standard option for personal security,” he envisioned. “Ten years ago, having a mobile phone with a camera was a luxury, but now most phones have this. I expect it to be the same for biometric sensors.”