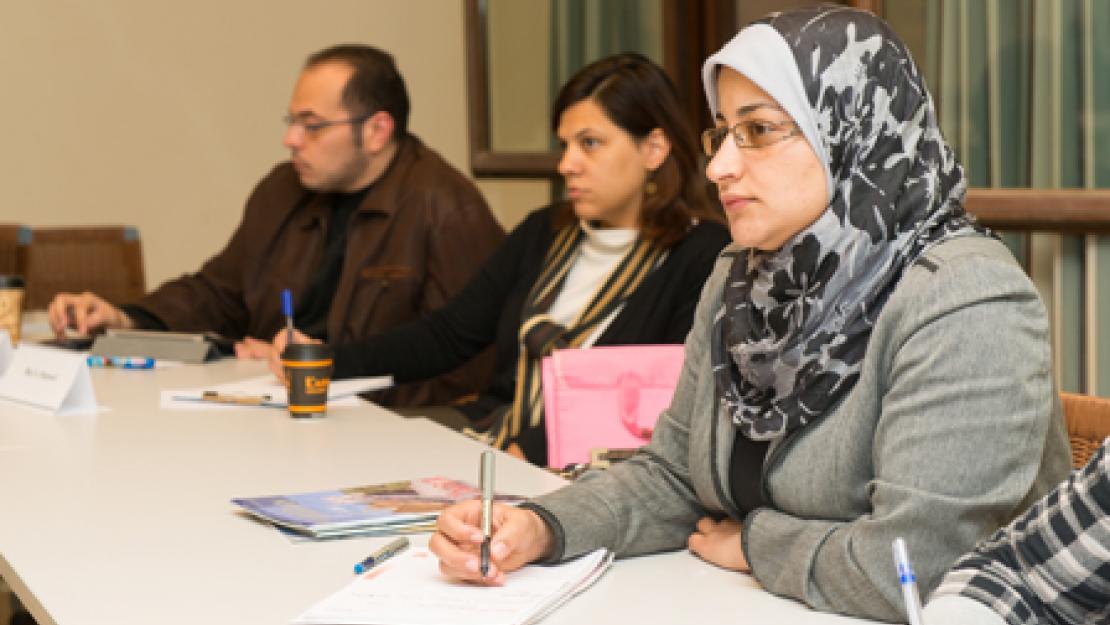 The ranking was determined according to the reputation of the program, career prospects and salary level of the first cohort after graduation, as well as the level of satisfaction among students. “This is a testament to the relentless efforts, commitment and engagement of different school stakeholders, including faculty, staff, students and alumni, to regularly improve the different program offerings,” said Sherif Kamel, dean of the School of Business. “Besides the recognition and placement of the programs, more importantly, the new ranking is an indicator of the consistency, focus and determination to achieve continuous improvement and an increasing global recognition beyond the region.”

AUC’s MBA program, which was established more than three decades ago, has achieved top ratings from a number of international institutions and publications. According to Forbes Middle East, AUC has the top MBA program in the region, ranking first in 2012 among similar programs in 37 private universities in the Arab world. The magazine issued its ranking of MBA programs in the region based on the number of concentrations, cost, length of the program and accreditation. In addition, the 2012 - 2013 QS Global 200 Business Schools Report, which rates business schools in different countries according to employer opinions, ranked AUC’s MBA program among the top 200 MBAs worldwide, along with prominent universities such as Harvard, Stanford, Kellogg, INSEAD and London Business School. AUC’s MBA program also came in second in the Middle East and Africa region. These rankings were part of an international survey of more than 3,300 MBA recruiters, who were asked to identify business schools they believe produce excellent hires. “The substance and form of a successful MBA program should be responsive to the increasingly complex business environment," said Ahmed Abdel-Meguid, director of MBA programs and chair of the Department of Accounting . "The ultimate objective of our program is to yield an MBA graduate who is not only capable of effectively reacting to challenges but who also proactively seizes opportunities. Such a graduate is an asset for the business community, the economy and society at large. The recent ranking of our MBA program is a testimony to our continuous improvement efforts, which is consistent with the prevailing culture at the School of Business. We will use this celebrated success as a stepping stone toward the advancement of the program.” AUC’s School of Business is accredited by the Association to Advance Collegiate Schools of Business International. It is among 5 percent of all business schools in the world that meet the strict standards for this accreditation. The MBA program is further enhanced by an exchange program that allows students to pursue a semester at prominent international institutions. In addition, co-curricular activities such as the MBA Debate and Meet the CEO series promote dialogue between students and influential business professionals. In Spring 2013, the School of Business added the Executive MBA program to its portfolio, which targets executive-level professionals with a minimum of eight years of experience. Headquartered in Paris, Eduniversal is a global ranking and rating agency that specializes in higher education. Created in 1994, the company offers annual rankings of the best 1,000 business schools across 154 countries, and rates the top 4,000 master’s and MBA programs in 30 specializations worldwide. To view the 2013 - 2014 Eduniversal ranking of top master's programs,click here.