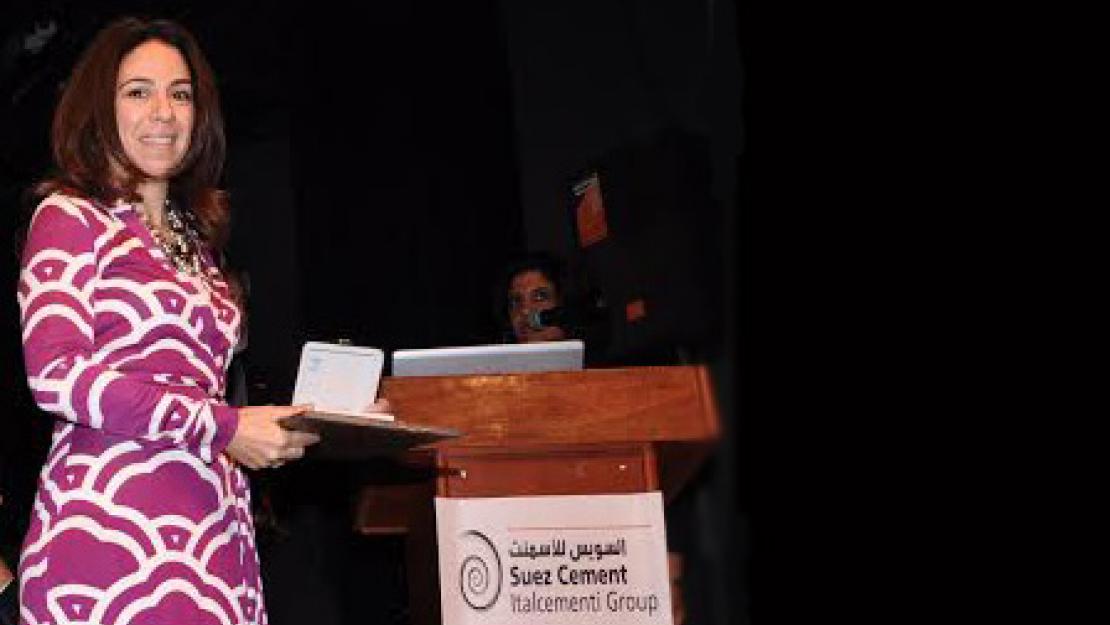 Magda Mostafa, associate professor in the Department of Construction and Architectural Engineering, recently received –– along with 10 Egyptian female architects –– the ArcVision award for creating thefirst set of architectural design guidelines worldwidefor individuals with autism, the Autism ASPECTSS™ Design Index. Because of the novelty of these guidelines, she was invited by Autistic Minority International to present on this index on April 3 at the UN Committee on the Rights of Persons with Disabilities (CRPD) at the UN's High Commission on Human Rights in Geneva for World Autism Month.

“The CRPD is publishing a General Comment on Accessibility and want to possibly include the Autism ASPECTSS™ guidelines as part of a section on autism design, which currently does not exist,” Mostafa explained.

The ArcVision award, which is organized by the Society of Egyptian Architects and sponsored by Italcementi Group, recognizes Mostafa’s work in creating socially responsible design work. In addition to Mostafa, the award was also granted to two other AUC faculty members: Dalila Elkerdany and May Elibrashy, both adjunct professors in the architectural engineering program.

“I am happy that attention is being given to the role of architecture as a social responsibility, and the growing role of women in academia, research and practice,” affirmed Mostafa. “I am particularly honored to receive this award, especially given the caliber of some of the winners, most prominently Soheir Farid, a student of Hassan Fathy and possibly the most important Egyptian female architect working today.”

Mostafa began developing the architectural design guidelines for individuals with autism in 2002 when she was asked to design Egypt’s first educational facility for children with autism and was surprised to find that there were no architectural guidelines for designing buildings that would suit the needs and behaviors of such children. Her groundbreaking index outlines seven architectural design criteria that allow individuals with autism to focus better and improve their skills. Mostafa’s guidelines have already been applied to the design of schools like the Advance School for Developing Skills of Special Needs Children in Katameya, Cairo and are currently planned to be incorporated in the design of educational facilities in India and Canada.

In addition to the UN Committee on the Rights of Persons with Disabilities, other UN bodies have invited Mostafa to present about her work. She has been invited to meet with representatives from the World Health Organization, which is developing guidelines for housing, and will be speaking at the 2014 Social Forum of the Human Rights Council at the Palais des Nations, the European headquarters of the United Nations. In addition, Mostafa was recently selected to join an international jury of architects for the International Velux Award, an architecture design competition. “It was a great honor to be selected, particularly because this is their 10th anniversary for the award,” she said. “I was invited to join the 2010 jury which I chaired, so I was delighted to be invited back. It is particularly a pleasure to serve alongside the architects of possibly the most beautiful buildings in Egypt –– Craig Dykers, who designed Bibliotheca Alexandrina, and Róisín Heneghan, who designed the grand Egyptian Museum.” Explaining why it is important to create architecture that serves society, Mostafa said, “It is not only important, but it is the core function and raison d'etre of architecture to serve society. I define architecture as the conscious negotiation between an intent or activity carried out within a sociocultural and physical context. This negotiation is what generates architectural design decisions. When these decisions are disconnected from the society they intend to serve, the architecture inevitably fails.” Photo caption: Magda Mostafa receiving the ArcVision award