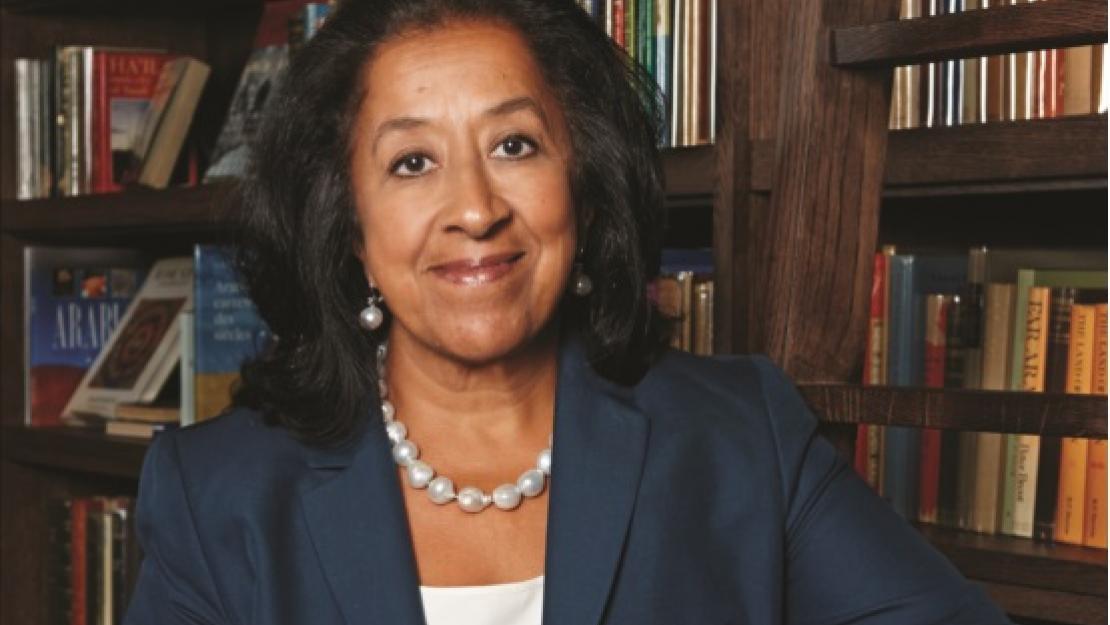 Lubna S. Olayan, CEO and deputy chairman of Olayan Financing Company, will be speaking at AUC’s annual Nadia Younes Memorial Lecture on "A Vision for the Rising Arab Generation."

Olayan is an influential and well-known businesswoman in the Arab region, serving in numerous positions of leadership. She holds a Bachelor of Science from Cornell University and an MBA from Indiana University.

Her work and impactful roles have earned her international appraise. Forbes named her one of The World’s Most Powerful Women in 2016 and 2017. She was also named one of TIME magazine’s 100 most influential people worldwide and has been featured several times by Fortune as one of the Most Powerful Women internationally. She has been recognized with numerous awards, including an honorary Doctor of Law from Trinity College Dublin and the insignia of Member First Class of the Royal Order of the Polar Star by the King of Sweden His Majesty Carl XVI Gustav.

In 2004, she became the first woman to join the board of a publicly listed Saudi company when she became a member of the board of directors of Saudi Hollandi Bank, now known as Alawwal Bank. She serves as a trustee of the King Abdullah University of Science and Technology as well as a trustee and member of the Asia Business Council. Olayan is also chairman of Alfanar, the first venture philanthropy organization that works exclusively in the Arab world.

Additionally, Olayan is a board member of organizations such as Schlumberger, Ma’aden, Down Syndrome Charitable Association, and previously served on the board of WPP plc, a British advertising and public relations company. She is also on several international advisory boards, including Akbank, Allianz SE, McKinsey & Company and Bank of America Merrill Lynch.

As part of the Nadia Younes Memorial Fund, this annual memorial lecture honors Nadia Younes, who died in the bombing of the United Nations headquarters in Baghdad on August 19, 2003 while serving as chief of staff to diplomat Sérgio Vieira de Mello. Past speakers have included Kofi Annan (2005), former secretary-general of the United Nations; Dr. Bernard Kouchner (2006), former foreign minister of France and co-founder of Médecins Sans Frontières; Mary Robinson (2007), former president of Ireland and the first female to assume that post; Dr. Gro Harlem Brundtland (2012), former prime minister of Norway, former director-general of the World Health Organization and founder of the sustainability movement; Nabil Elaraby (2013), secretary-general of the League of Arab States; and Nabil Fahmy (2014); Egypt’s former foreign minister and dean of AUC’s School of Global Affairs and Public Policy; Michael Møller, then UN under-secretary-general; in addition to many other prominent speakers and global leaders.