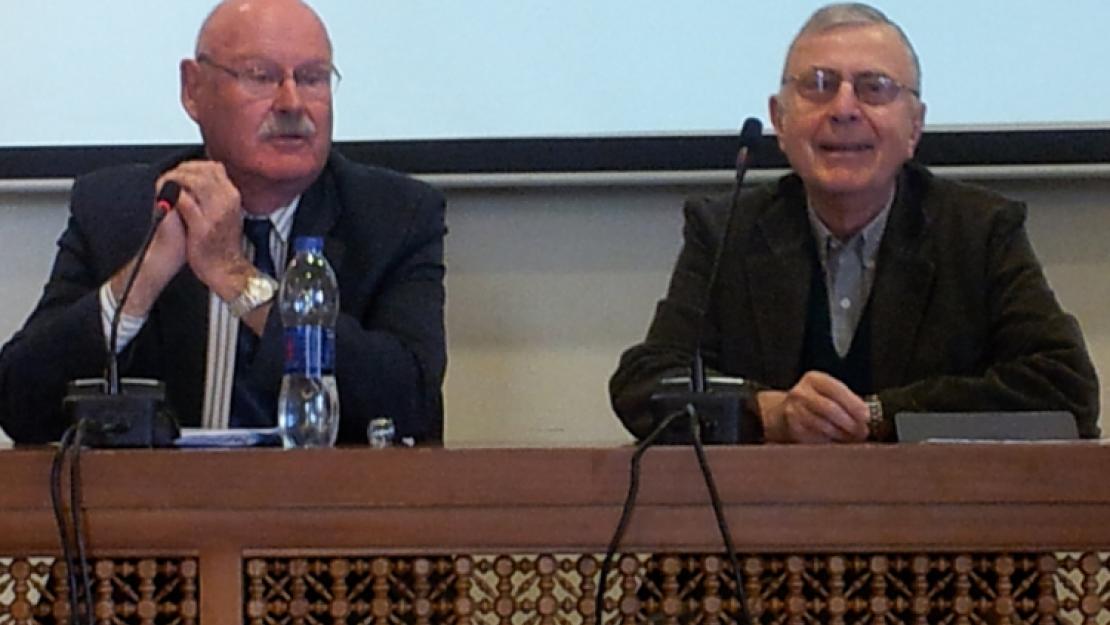 What the Middle East needs the most right now are strong, authoritative –– not authoritarian –– leaders to come to power and restore stability, as well as the adoption of new “legitimacy formulas” that encompass the popular demands of the people, noted Distinguished Visiting Professor Michael C. Hudson, director of the Middle East Institute at the National University of Singapore and professor emeritus at Georgetown University.

“Given the nature of [our] more global society and the new technologies and exposure that people have, an effective legitimizing formula … would include the inclusion of marginalized sectors, the limiting of elites, and the appearance of enlightened and capable leadership,” Hudson said. “Other items include good governance, transparency, civic identity, pluralistic nationalism, freedom and, to some extent, the issue of Palestine.”

In one of two lectures he delivered at AUC, “Arab Politics After the Uprisings: Still Searching for Legitimacy,” Hudson focused on the successes, and most recently the great failures, of what he described as legitimacy formulas used by authoritarian regimes in the Middle East and North African (MENA) region since the 1950s until now.

“Legitimacy refers to the condition whereby most of the people in a political society have a common understanding and belief that they are being ruled rightly,” he said, adding that imbedding this belief in people can be achieved through legitimacy formulas, which Middle Eastern leaders have long relied on to convince their populaces that they are good and worthy rulers. “So what are the legitimizing formulas today and will they succeed?” Hudson probed. “Because the old ones, by and large, have failed.”