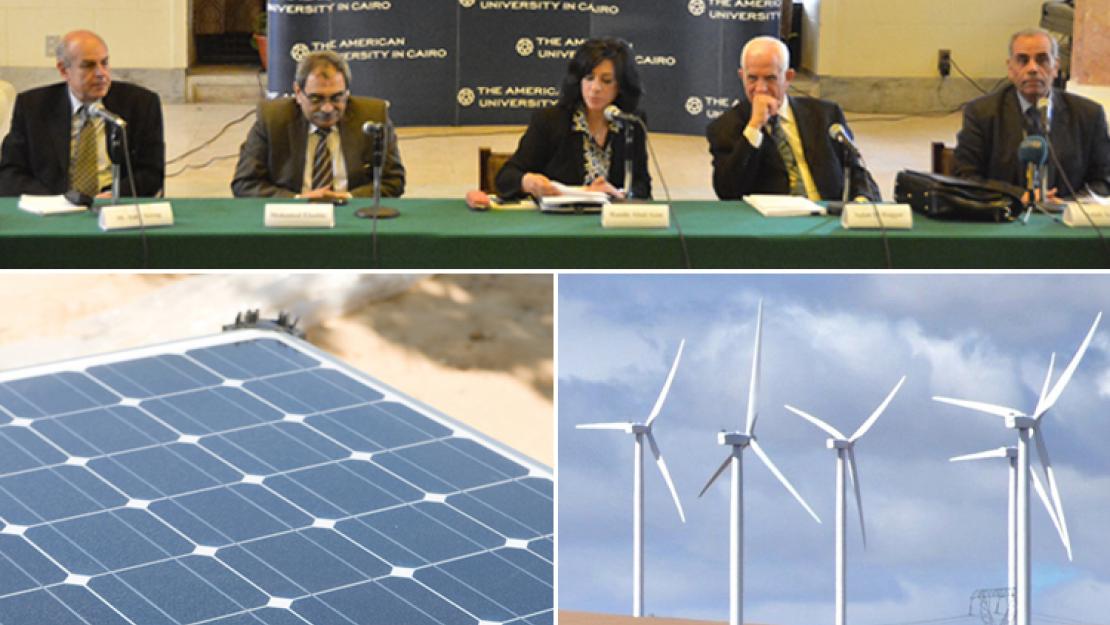 Egypt’s energy reserves are quickly depleting, as is evident from frequent electricity blackouts and waves of fuel shortage. While this puts the country in the red zone, experts say the solution is simple: Hybrid energy.

Combining two or more sources of energy, such as the sun and wind, to generate and optimize power, hybrid energy promises to be the way forward. “It is the best way to utilize resources and save energy,” said Amr Serag El Din, professor of thermo-fluids and energy in the Department of Mechanical Engineering and chair of the Department of Petroleum and Energy Engineering.

Explaining the pros and cons of the available sources of renewable energy, El Haggar affirmed that Egypt needs to invest in solar grids and biogas energy plants, not only due to the abundance of waste in different forms, but also to diversify energy sources. “With 100 million tons of organic waste produced in Egypt, there are so many opportunities to produce clean energy,” he said. “In the short term, to reduce a great amount of conventional energy, we have to mix between solar energy and bioenergy.”

Serag El Din focused on wind power, relaying the advantages of using wind farms to generate electricity. In the Zaafarana wind farm, located on the Gulf of Suez, the wind speed reaches 10 meters per second, which is higher than the average speed, he explained, adding that environmental preservation is an important factor to consider when contemplating renewable energy sources.

“We don’t have an energy crisis, but rather a lack of direction in using available and renewable sources of energy,” Serag El Din argued. “Using renewable energy is not only about finding alternative sources to conventional energy, like petroleum, but also about preserving the environment. Using petroleum is still easy and cheap, but at one point, we will have to deal with its real price when we are faced with its effects on the environment. Unlike coal for example, solar energy doesn’t negatively change the eco-balance.”

Not only is renewable energy more environmentally friendly than conventional sources, but the potential renewables in Egypt could cover three times the country’s current needs, according to El Sobki. “By 2022, the national plan aims to cover 20 percent of the total energy consumption from renewable sources,” El Sobki said. “We also aim to increase this target to more than 35 percent by 2035, as Egypt is blessed with nine to 11 hours of sunshine per day and a high wind speed that reaches 10 meters per second.”

While experts agree that using multiple and hybrid renewable sources will help alleviate Egypt’s looming energy crisis, they contend that reducing current consumption is a must and not a luxury.

“We can’t wait for five years for solutions; we should start today by aiming for a 20 percent reduction of our water and energy usage,” El Haggar said, pointing out three main challenges that need to be overcome: lack of practical vision, inadequate management of resources and improper maintenance.

Highlighting the importance of spreading national awareness, El Sobki believes that households could reduce 15 percent of their consumption, and factories could reduce 20 percent, without affecting their lives. “In Japan, following the Fukushima nuclear disaster in 2011, the Japanese managed to decrease the amount of energy they consumed to 18 percent in three months. We can do that as well,” he said.

For Arafa, the key is to educate the young generation, particularly school children. “Awareness should start at the youngest age,” he said. “The future lies in the hands of young Egyptian boys and girls.”