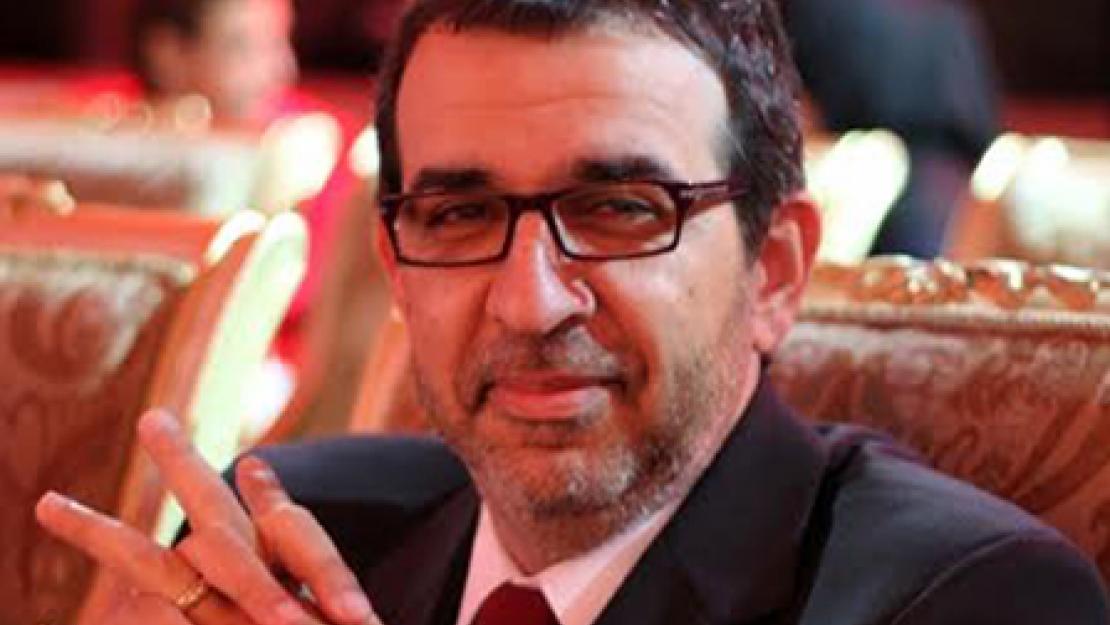 As part of the Provost’s Lecture series, Ezzedine Choukri Fishere, associate professor of political science, delivered a lecture titled “Quo Vadis Aegyptus” (Where to Now, Egypt?) on Sunday, February 16 from 3:30 to 5:00 pm in Moataz Al Alfi Hall, AUC New Cairo. “Egypt is going through difficult times,” said Fishere. “A popular uprising three years ago stunned the world with its peacefulness, creativity and determined demands for freedom. This moment of greatness quickly subsided, and old practices and representations returned. So what went wrong? And where is all of this going?” The case of post-revolution Egypt, Fishere explained, is similar to other complex social transformations, where there are many dynamics at work. “To simplify these dynamics, I will use the metaphor of rain in a desert land, after a long period of drought,” Fishere noted. “In these circumstances, when it rain it pours, and in a country with little infrastructure for handling the rain, this leads to mudslides. We are now in the mudslide, but I am confident that the sun will rise again and that we will get out of that mud. Egypt is traveling the road of modern democracy, albeit in a very muddy road.” Fishere has been associate professor of political science at AUC since 2008, teaching courses on international relations, foreign policy, Arab-American relations and the Arab-Israeli conflict. In April 2011, he was appointed secretary-general of the Supreme Council of Culture for four months and recently served on a government committee monitoring democratic transition (August 2013 - January 2014). Prior to this, he was the director of International Crisis Group’s Arab-Israeli Conflict Project from 2007 to 2008 and an adviser to Egypt’s foreign minister from 2005 to 2007. He also served at the United Nations between 2001 and 2005, first holding the post of senior political adviser to the UN special coordinator for the Middle East Peace Process and then serving as the special adviser to the United Nations mission in Sudan. He has also held posts with the Egyptian diplomatic service, where he holds the rank of ambassador. Fishere is an avid author, having penned six books since 1995, of which Intensive Care Unit (2008) and Embrace by Brooklyn Bridge (2011) have been nominated for the prestigious Arabic Booker Prize.