Chelsea Green: Music is a Pathway for Understanding World Cultures 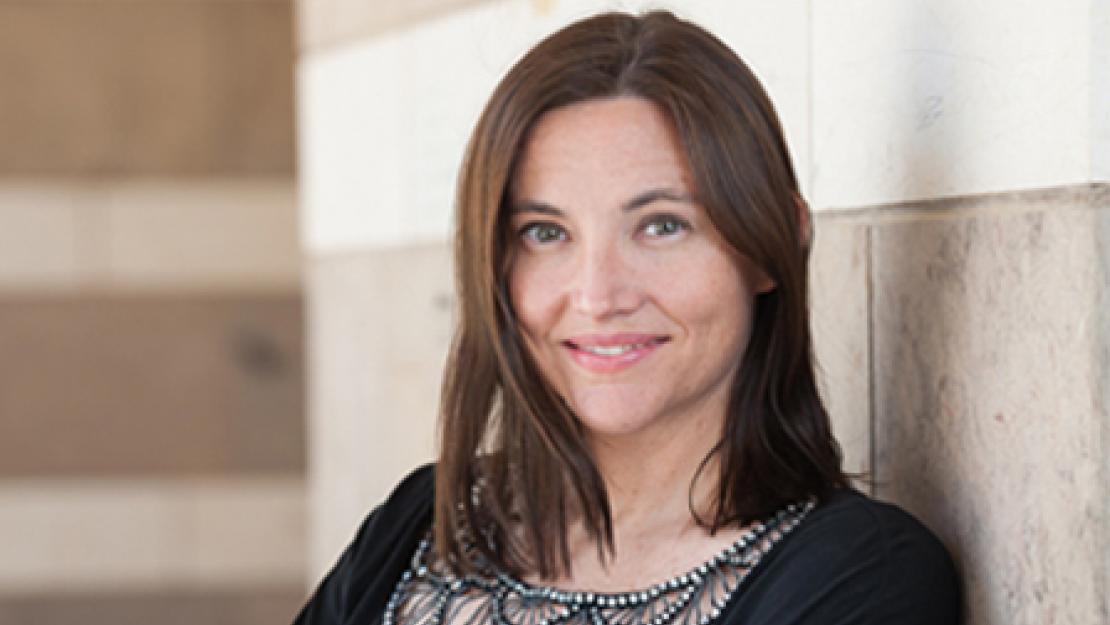 In societies with limited budgets for education and overcrowded classrooms, arts education is often considered the province of students with special talents, rather than an essential component of general education. However, the study of music can serve as a lens through which we can understand other cultures, as well as ourselves, and as such, music education benefits students with diverse interests and goals, not just those who are aspiring musicians. In her World Music class, Chelsea Green, assistant professor of music, provides students from diverse backgrounds, many of whom have no musical training, with an introduction to ethnomusicology, using music to explore what it means to be a part of a culture and how the expectations placed upon individuals by culture and society shift in different locations and contexts.

“World music is mutually beneficial to the mission of the liberal arts education, which is grooming people to be responsible citizens, to embrace what it is to be a person working within a culture and to have social responsibility,” said Green. “We constantly review that question throughout the class, but within different cultures. It becomes a running theme, or a theme in variations, to use a musical term. It’s interesting to ask what it means to be an individual in society in other cultures and to reflect back on the differences, or compare and contrast with your own culture.”

Green, an accomplished guitar player with a doctorate in performance, redesigned the course to give students a deeper understanding of how to gain insight into different cultures through the study of music. “Whenever you teach world music, you really have to sit down and decide if you are going to focus on quantity or quality,” she noted, likening the quantity approach to a deal offered by the airline PanAm in the 1960s in which one could fly around the world for a lump sum, making brief stops. “The quantity approach means getting on the jet every class, arriving at a new place, memorizing its instruments and hearing its musical offerings, then jumping back on the jet and going to the next location. There is some merit to that in that it exposes students to a lot of new sounds and they get to know a lot of new instruments, but I chose not to go with that approach.”

Choosing quality over quantity meant covering the music of fewer cultures, but engaging more profoundly with those that were covered, provoking students to think more critically. “We spend about two weeks per culture, and in the end, we get to have a multidimensional, deep understanding of that culture,” explained Green. “The end result is that we get to revisit questions of citizenship and society by asking, for example, what is it to be an individual in Black American culture as we can discern from understanding blues music? What does it mean to be a Balinese person as we can infer from their music? Then we can reflect on what the expectations are for a Balinese person and why these expectations exist. We can ask: Are these expectations inherited from tradition, or are they economically driven, or perhaps part of our geographical setting?”

To achieve her goal of teaching students to find answers about culture through music and to consider the implications for responsible, engaged citizenship, Green’s strategy involves careful curriculum design and group work. The course curriculum is based on the cooperative learning pedagogy, which was introduced to Green by Sherif Osman in CLT. “Cooperative learning,” she explained, “is based on a liberal arts education agenda, which strives to create better citizens who can work together, problem solve together, think critically together and bring their individual strengths to the table.”

Green divides her class into eight groups of three or four students who work together for the entire semester to put together background projects about each culture the class “visits.” Within these groups, there are four roles: researcher, writer, presenter and term writer. The researcher collects material; the writer goes through this material then posts the important points on a class Wiki page; the presenter synthesizes this information for a presentation in class; then the term writer chooses five relevant terms and posts them on the Wiki page. Green pulls from the Wiki page in designing the quizzes, meaning that the students participate in generating course content themselves, under her guidance.

Cooperative learning relies on four different aspects that are encompassed by the acronym PIES, standing for positive interdependence, individual accountability, equal participation and simultaneous interaction. Positive interdependence means that within a class or smaller group, each person must succeed in order for everyone to succeed. While group work is the core of the class, Green also gives students individual grades under the principle of individual accountability. In order to ensure equal participation, Green requires that each group member take a turn fulfilling a different role. Finally, simultaneous interaction is having as many students contributing and expressing themselves as possible. “You want to get away from the paradigm of the professor lecturing and the students being passive listeners,” Green noted. “Groups help with this because I can ask a question and then people discuss it within their groups. This is where they can be communicative and bring their own expertise into class from whatever fields they come from — physics, economics or psychology — and have really great debates together.”

Green assigns different topics to each group for background projects, including religion, geography and demographics, instruments, social context and venues, as well as history. Each group has one theme that they explore for each of the five cultures the class investigates. These themes are also an opportunity for Green to draw on the students’ strengths and stir their interest in different kinds of music.

The theme of social context and venues, in particular, pushes students to conceptualize and explore differences between their culture and others. “Social context and venues is the realm of performance expectations and audience expectations,” Green said. “For example, in the Western classical tradition, you’re not supposed to clap and talk and eat food and say hello to people as they enter the performance space. You’re supposed to be really quiet. However, in traditional Arab music, audiences are expected, if they feel moved, to say “Allah” or express something and be verbal. We analyze those types of things, and usually that ties into the aesthetics — what is considered beautiful, what is considered the purpose or the values of the music within that culture.”

Students are particularly interested in the connection between other musical traditions and the Arab world, which Green considered in developing the course curriculum. “Four out of the five cultures we go to have a direct link historically with the Arab world, and it’s exciting for the students to learn what the connection is between the Arab world and Indonesia or Spain through the musical traditions that exist in those countries,” she said. “The first semester I taught this course I didn’t include Spanish flamenco, but I noticed the students seemed to be really intrigued by relationships between different cultures and their own, so I wanted to do Spanish flamenco because of really strong connections with Arab Andalusia in the Middle Ages.”

Because of this focus on culture and connections, Green considers it an introduction to the discipline of ethnomusicology, and she familiarizes students with this term on the first day of class. “Ethnomusicology is literally just learning about culture through its musical practices, traditions, performance –– anything related to music,” Green noted. “The end result of any inquiry is always asking what the music tells us about the culture in which it was produced.”

The label ethnomusicology is not without its baggage, as the ethnicity is implicitly that seen by a Westerner. “Ethnomusicology developed as a response to musicology, which has been around for a much longer time and is very Eurocentric,” explained Green. “Musicology is the study of mostly the Western European musical system and repertoire. Ethnomusicology sprung up as a reaction to this, and also as a result of sociology and anthropology, which were demonstrating that you can learn a lot about culture through its music. Sociologists and anthropologists were not necessarily able to analyze music that well because they didn’t have the training, so ethnomusicology is the evolution of different academic interests and trends. It’s unfair that it is considered to be at odds with musicology because musicology should really be under the umbrella of ethnomusicology as well. Western music is also ethnic. The question is what is ethnic to whom.”

Approaching the class within the framework of ethnomusicology also allows students with non-musical backgrounds to contribute their skills to the class, and to see that the study of music is not necessarily different from the sciences and social sciences. “There are research methods in ethnomusicology that are very similar to those in the sociology, anthropology, psychology and Egyptology department, and even methods that may be familiar to scientists,” Green noted. “So, when we start looking at ethnomusicology case studies, the students feel more at home as they realize they don’t have to learn a lot about music to take the class because what we are focusing on is culture.”

By designing a music class with such broad appeal, Green also hopes to open students up to the possibility of pursuing a course of study they had never even thought about. “I want these students to know that ethnomusicology exists because there might be future ethnomusicologists in my classes. There are some undergraduate students who still don’t know what they want to do, and they could become very passionate about this discipline. There aren’t any doctorate programs in ethnomusicology yet in Egypt, but the country could really benefit from having some native ethnomusicologists. They could do a great service to their music and culture by presenting them to the world.”