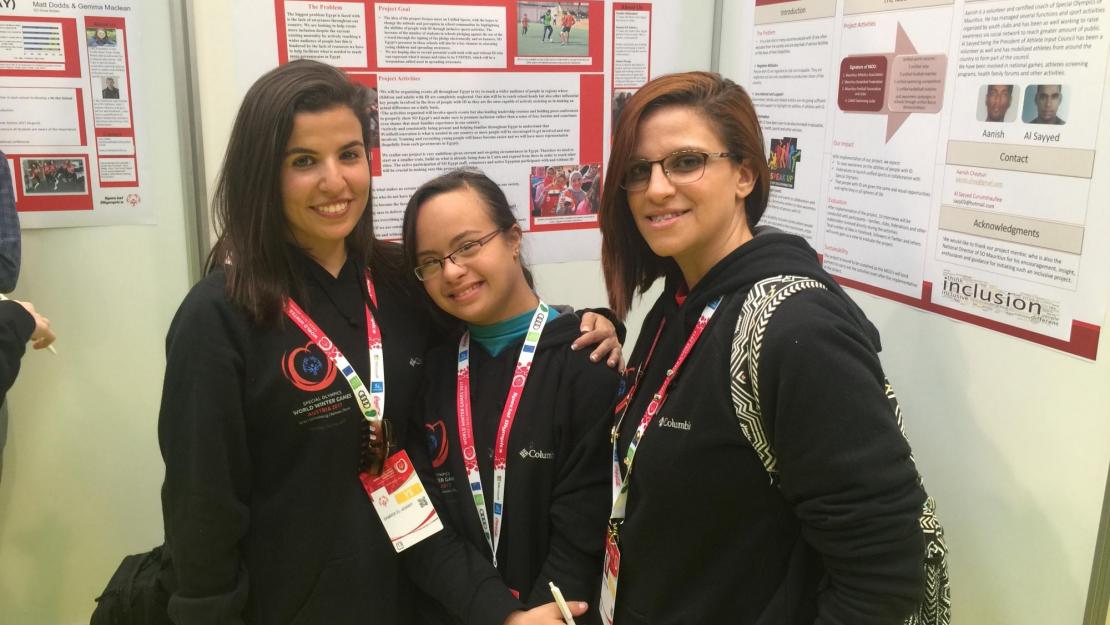 Amira Ahmed, athletics senior specialist, and Samira El- Adawy, aquatics director, represented Special Olympics Egypt in the 2017 Global Youth Leadership Summit, which was organized alongside the Special Olympics Winter Games in Graz, Austria to promote inclusion between athletes with and without intellectual disabilities. Egypt was one of only two countries in the MENA region to participate in this conference.

Ahmed and El-Adawy were there to present Special Olympics Egypt’s project proposal, which consists of actively raising awareness and promoting inclusion in Egypt through the organization of Unified Sports Competitions. It will include focus groups to educate parents on inclusion issues as well as an initiative to start a social media campaign to reach a greater number of people. The ultimate goal of this campaign is to help reach isolated locations in Egypt and to break the stereotypes of shame and burden parents experience when giving birth to children with intellectual disabilities.

At the Global Youth Leadership Summit, Ahmed and El-Adawy worked with Egyptian youth athlete Sondos Mohamed, who was selected by Special Olympics Egypt to be Egypt’s ambassador for the summit. Together, they presented the project, which they hope to bring to life in the next year.

Reflecting on her experience at the summit, El-Adawy said, “It was such an enlightening, rewarding and enriching experience for the three of us. It was an overall enriching experience not only on a personal level, but also on a more global level, as this kind of exposure, networking and learning from other people's experiences is something we, as Special Olympics Egypt, need to be able to contribute to the inclusion movement here in Egypt.”

Of course, the inclusion movement is not without its challenges. “The biggest problem Egypt is facing is the lack of awareness throughout our country,” said Ahmed. “We are looking to help create more inclusion, despite the currently existing mentality, by actively reaching out to a wider audience of people. However, this is hindered by the lack of resources we have to help facilitate outreach to more governorates in Egypt.”

Nonetheless, El-Adawy emphasized the inspirational nature of the Global Youth Leadership Summit. “I left Austria feeling very hopeful for a brighter and more inclusive Egypt,” she said. “This is all thanks to the genuine and positive energy that was conveyed to all of us through different encounters with the actively engaged, passionate summit participants and the world-class athletes who participated at the Special Olympics.”