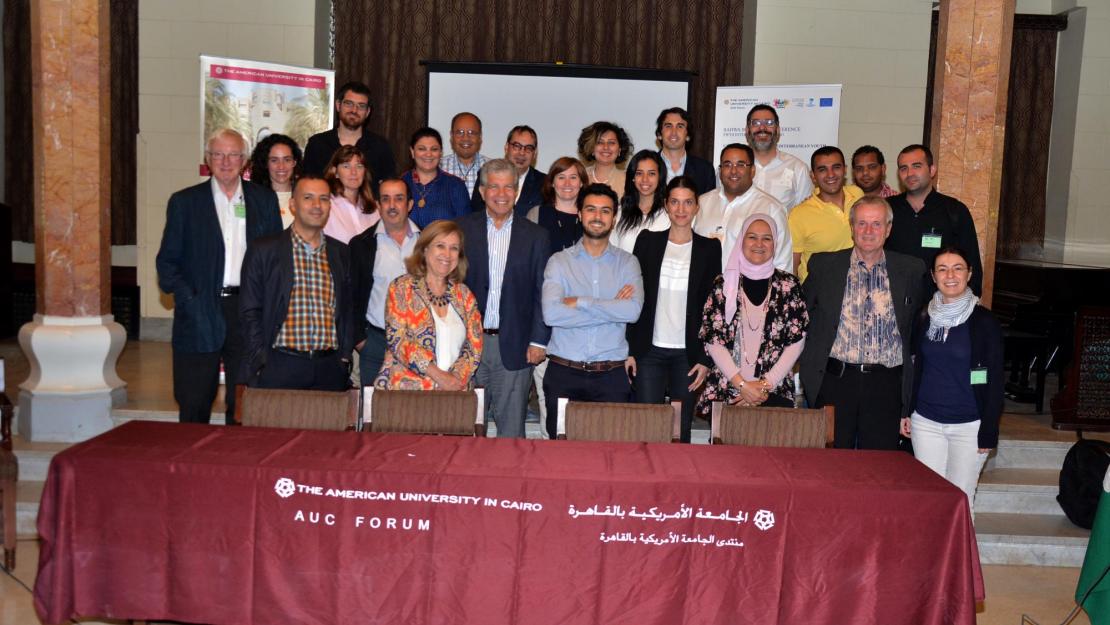 AUC is one of 14 partners in SAHWA, a three-year interdisciplinary project to research youth conditions in five different Arab countries

A major issue facing almost 30 percent of Egyptian youth is not finding a job even while holding bachelor’s degrees.

“They don’t qualify for many of the jobs available,” declared Bahgat Korany, professor of international relations and political economies, and director of the AUC Forum. “We have in Egypt, and in many other Arab countries, a contradictory situation. You have a high level of unemployment and yet jobs that are not filled; that’s a contradiction and a puzzle. The key to the puzzle is the defective educational system, which does not prepare the youth to meet market demands.”

These findings are part of the AUC Forum’s three-year interdisciplinary collaborative research project with SAHWA to research youth conditions in five different Arab countries (Egypt, Morocco, Tunisia, Algeria and Lebanon). To study a variety of youth issues in these countries, the SAHWA project, titled “Researching Arab Mediterranean Youth: Towards a New Social Contract,” brought together 15 partners from Europe and the Arab world to participate in a quantitative and qualitative analysis research on the problems that Arab youth face in terms of employment, education, migration and civic/political participation.

In the Arab world, youth make up a great majority of the population and are the fastest-growing segment, with 66 percent of the population under 29 years of age. “It’s important to understand that youth make a qualitative difference in society because they are the energetic group, the driving force that thinks out of the box and brings innovation at all levels; they’re not only a quantitative aspect of society.” said Korany. “Youth is thus an asset, indeed a generation that is loud and proud of whom they are.”

According to the SAHWA project, employment is the most significant problem facing Arab youth, and for the majority of Egyptian youth, the private sector remains the main employer, with more than 85 percent of males and 70 percent of females working for for-profit businesses. Korany explained the gender gap is due to a lack of some skills by women and demanding positions in the market. “A problem with the private sector is that it requires long working hours and long commutes,” he said. “If a woman has a family, she cannot afford to stay late at work. Some private jobs require mobility and some traveling. For women, this can be tough.”

Given the challenges Egyptian youth face in trying to find a career, many of them turn to the informal sector for job opportunities, with more than 60 percent of respondents surveyed agreeing that they would accept a job even if it was badly paid. “If they want to make a living, this is the only option they have,” noted Korany. “They don’t want to stay at home or go to coffee shops on a daily basis. In fact, in addition to having responsibilities, acquiring a job after many years of individual and family investment is a psychological and social necessity.”

Informal employment within the Middle East region is a common trend that reflects the ineffective educational system and increasing impact of poverty. Like most Egyptian youth, more than half of Algerian youth (56 percent) are employed in the informal sector. A majority of youth with informal jobs are men (37 percent) who drop out of school by the age of 16.

Emphasizing that the educational system throughout the region does not prepare youth enough to meet job market demands, Korany noted, “The educational system in Egypt, for example, is too formalistic, uncritical and rigid, and doesn’t allow young people to explore different interests at the same time,” he said. “As a result, they also have little basic skills and experience. So, a big issue is that after youth graduate with a bachelor’s degree, they have big expectations about getting a high-paying job but then stay unemployed for years – hence, this creates a rising unemployment frustration among youth.”

Similarly, Lebanese youth expressed distrust with political parties. “They stayed without a president for more than two years,” said Korany. “There is a reason for them to strongly believe that policies will not change and the political mindset will be the same, so overall they’re not very optimistic about their future.”

To solve the growing unemployment challenges in the region, Korany pointed out there are microeconomic factors to look at before finding solutions. “If you go into a model of development that is very capital-intensive, obviously you don’t have big availability of jobs,” he said. “The population in Egypt is increasing every month by around 100,000 people, so there aren’t enough labor-intensive sectors in the economy, and the gap continues to widen. The number of unemployed citizens is piling up.”

“Creating change for Arab youth requires a strong domestic economy and the support of country governments,” Korany added. “Governments have to consider the youth problem a basic issue, almost a national survival issue. It’s not a problem to be put on the side. We should invest in youth and consider them an asset. Youth shape our future and should be our main investment to shape this future. They have the power to develop society with their innovativeness.”

For Korany, qualitative and quantitative research is useful in finding effective policies and solutions that can address the long-standing challenges faced by today’s Arab youth. “The data emphasizes the challenges--what needs to be done to make full beneficial use of this great asset: youth,” he said.

The research findings of this three-year project will be presented on December 6 at an event organized by the AUC Forum, titled “The Portrait of Arab Mediterranean Youth in 2016: Insights from the SAHWA Project”. The event will be divided into two sessions: the first session will offer a qualitative and quantitative overview, while the second session will include a presentation of important research themes, underlining the commonalities and differences between countries.