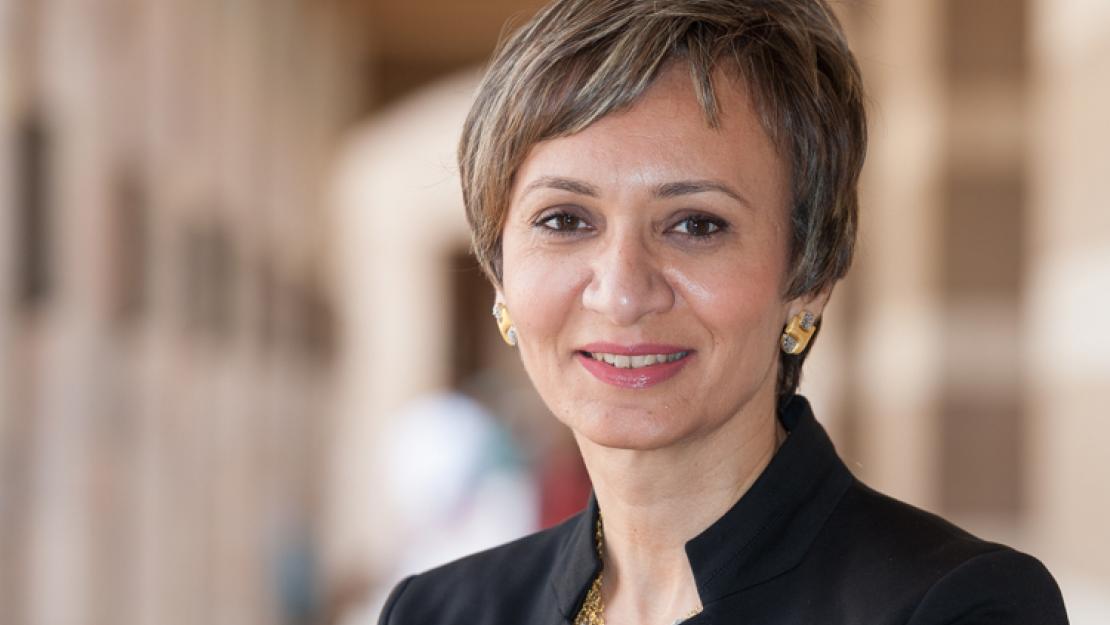 Everybody uses aluminum every day, without even realizing it. From home appliances such as washing machines and refrigerators, kitchen utensils such as pans and foil, windows and doors to cars, bicycles, airplanes, space shuttles, laptops, cellphone casings, wind turbines and buildings, this soft and malleable metal –– which has been around for more than a century –– is a must in our modern world.
The problem, however, is cost.

When comparing aluminum to steel, aluminum is more lightweight, but not as strong. Aluminum is also three to four times more expensive to make because it needs to be strengthened with rare and costly metals through a process called alloying. Amal Esawi, mechanical engineering professor, is investigating a new way to make aluminum strong, but still lightweight through the application of carbon nanotubes.

“It’s the perfect marriage,” said Esawi, “because when you are trying to build something like an airplane or car, you want a very strong material, but it needs to be light so it can be fuel-efficient.”

Shaped like tiny, cylindrical chain-linked fences, these nano-sized rolls of interconnected carbon atoms are revolutionizing the world of engineering materials. “Carbon nanotubes are stiffer and stronger than steel while being three to five times lighter,” Esawi said.

Take airplanes for example. Airplanes burn a significant amount of fuel because of the materials that are used to build them (a Boeing 747 uses almost one gallon of fuel every second). However, by applying carbon nanotubes to a metal like aluminum, airplanes can be just as strong, but also lighter. “With aluminum reinforced by carbon nanotubes, the airplane is stronger and lighter, so it is consuming less fuel,” Esawi explained.

And these nano-sized materials are becoming cheaper year by year. After being first produced in the 1990s, the price of carbon nanotubes has decreased from $1,500 per gram in 2000 to about $35 - $50 today for the highest quality carbon nanotubes; they can be as low as $400 per kilogram for lower quality ones. In addition, techniques for making carbon nanotubes have increasingly become common knowledge over the past few years, according to Esawi. “Last semester, a group of mechanical engineering undergraduate thesis students succeeded in producing high-quality carbon nanotubes by modifying some equipment available in the mechanical engineering workshop,” said Esawi, whose work on aluminum-carbon nanotube composites has granted her the prestigious Egyptian State Encouragement Award and AUC’s Excellence in Research and Creative Endeavors Award, both in 2009, and had Elsevier Publishers name her as a “top-cited author” in 2011.

It’s not just the current low cost of these materials that makes them so appealing, but also the fact that you can use less of them. “Because individual nanotubes are very strong, but still light, you can use less of them when you are adding them to aluminum,” Esawi explained. “So you are minimizing the waste of materials, thereby increasing sustainability while reducing cost.”

This is why Esawi is exploring different ways to apply carbon nanotubes to aluminum and studying the mechanical advantages of these aluminum-carbon nanotube composites. “What I’m looking for is the production of aluminum reinforced by carbon nanotubes through conventional low cost material processing techniques such as extrusion and powder metallurgy,” she said.
As with other nanomaterials, which tend to agglomerate due to their tiny sizes, the uniform dispersion of carbon nanotubes in aluminum has been, by far, the most significant challenge facing researchers. Esawi looked at ways to uniformly disperse carbon nanotubes in aluminum and has found that ball milling, a mechanical technique that grinds and fractures metal particles that then weld together to create metal mixtures, has shown the most potential.

“We have used ball milling to disperse carbon nanotubes in an aluminum matrix and have found that it was up to 70 percent in tensile strength and 22 percent in stiffness compared to pure aluminum,” Esawi explained. “The strength and stiffness values we found through ball milling exceeded those reported by other researchers who used different techniques to combine carbon nanotubes and aluminum powders.”

In spite of the enhancements achieved, carbon nanotubes negatively affected the ductility of aluminum, or its ability to be shaped and molded without fracturing. This is a common problem in the field of composite materials. “Although carbon nanotubes have been found to strengthen aluminum, my current research focuses on devising novel ways by which both the strength and the ductility of the material can be enhanced” said Esawi.

She added, “Although tiny, these carbon nanotubes have huge potential for the future. Before we know it, nanotechnology will be touching virtually every aspect of our lives –– to the better.”