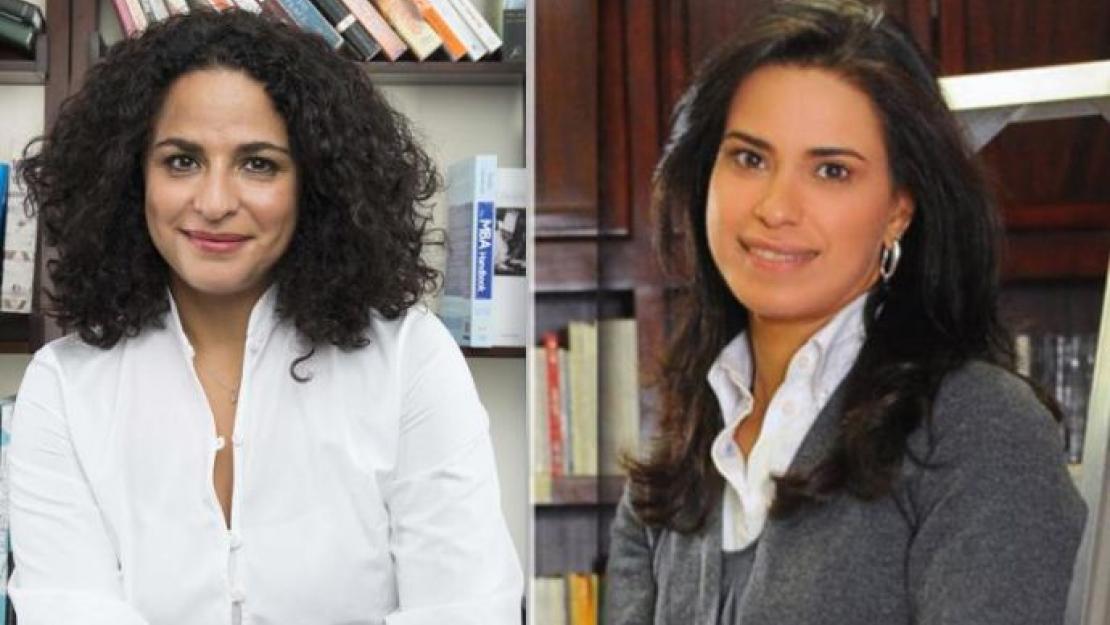 Alumnae Nadia and Hind Wassef, founders of Diwan Bookstore, discuss the state of publishing and literature in Egypt today

With declining tourism and dwindling foreign currency reserves, many see that Egypt post-revolution is passing through challenging times as it struggles to get the economy back on its feet again. But according to Hind Wassef ’92, ’95 and Nadia Wassef ’94, ’96, co-founders of Diwan Bookstore, one aspect of post-revolution Egypt is definitely thriving –– books.

“Great literature and art are often born from strife and turmoil,” declared Nadia. “The current state of literature in Egypt and the Middle East is very exciting. We are societies in the midst of massive transitions.”

The Wassef sisters have been keen observers of the state of the publishing industry in the Middle East. “The most exciting thing we noticed is the establishment of small, independent publishers, which shows that the publishing industry is perceived to be a lucrative business,” said Nadia. “This also means that writers have more options when it comes to accessing readership.”

Since Diwan Bookstore came onto Cairo’s literary scene in 2002, the stores have become a staple for any local bookworm. They were the first storefront in Egypt to sell books for children and adults in English, Arabic, French and German.

But Diwan is more than just a bookstore. The stores have soul, and the space they create has been described as an “oasis” and “cultural beacon” in the heart of Egypt. The bookstore also has in-store cafes that encourage visitors to linger in the friendly, library-like atmosphere.

Diwan also acts as a venue to showcase local authors, independent musicians, as well as emerging artists and filmmakers. The chain has expanded to include Diwan Kids, providing children's books, toys and games that spark creativity and imagination. The bookstore also sells movies music and creative supplies, in addition to hosting workshops and lectures. The Wassef sisters don’t want to simply distribute culture; they wish to create it.

Nadia and Hind both earned their bachelor’s and master’s degrees in English and comparative literature from AUC. After graduation, Nadia also went on to get a second master’s in social anthropology from the School of Oriental and African Studies at the University of London and both went on to work at NGOs, individually addressing women’s issues and education in Egypt.  However, they never forgot the influential relationship with reading and literature that took root during their time at AUC. “We both feel that AUC instilled in us the love of reading, which in turn made us want to explore new books and hanker after different styles of writing or that innovative thought,” said Nadia.

Hind and Nadia Wassef were the keynote speakers at the February 2016 graduate commencement, where Hind confessed that they essentially curated the shelves of Diwan from their graduate reading lists. “Our years as English and comparative literature master’s students also exposed us to many different writers, which were reflected in our stocking policy at Diwan Bookstores,” said Nadia.

In her commencement speech, Hind explained that studying at AUC not only expanded her worldview through literature, but it’s also when she truly developed her sense of self. “Little did I know I was stocking up on ideas and values that in retrospect, I understand, have completely formed my vie, which I have tried to apply later on in life,” declared Hind.

It was what happened inside and outside of the classroom that gave Hind and Nadia the tools to make Diwan a success. “We developed the vision needed to curate our shelves and the confidence to experiment with new titles and genres,” said Nadia “This combination enabled us to spread our passion and excitement to other readers who identified with what we were trying to promote.”

For several years, the global trend of digitalization has challenged traditional bookstores, not only through the ease of online ordering, but also the growing opportunities for self-publishing. As the Wassef sisters move into the future with Diwan, they don’t see this as a threat, but rather an opportunity for businesses, writers and readers alike. “The revolutionary platforms offered by electronic self-publishing and the streaming of audio-books suggest that writers will have more avenues of dissemination, be it to get their books heard or read. More people are taking up the art of writing and applying themselves to it,” explained Nadia.

The Wassefs are integrating these new technologies into their business model. Diwan Bookstore services now include online shopping and e-books. Diwan-E is an e-reader application for downloading books to read on smartphones and tablets. The application is free of charge and currently boasts more than 1,000 Arabic titles, 155 of which users can download for free. The app also features more than 100 English titles from AUC Press. “The nature of publishing and distribution industries are changing due to the strides made by technology, which changes the very rules that govern the playing field,” said Nadia.

Diwan Bookstore has been a major influence in the literary scene of Egypt and the Middle East for nearly 15 years, but the Wassef sisters aren’t done yet.  “E-books are definitely a large part of the future, but as with all new ventures, we have to find the right formula that balances user needs and abilities against provider aspirations.”

Diwan Bookstore has been recognized in international publications, including TIME magazine. In 2011, the Wassef sisters received the Veuve Clicquot Initiative for Economic Development Award, and in 2013, they were presented with the Best Woman Entrepreneur Award by the American Chamber of Commerce’s Middle East and North Africa Council. Most recently, both Nadia and Hind were named to the Forbes Middle East’s 200 Most Powerful Arab Women in Family Business (2014) and 100 Most Powerful Arab Business Women (2015).

Before Diwan, the sisters collaborated on a bilingual book of the first photographic documentation of Egyptian women’s movements in the first half of the 20th century. Daughters of the Nile: Photographs of Egyptian Women’s Movements, 1900-1960 was published by AUC Press in 2001.

Hind and Nadia’s professional success has been accelerated by their ability to use their connection as sisters to their advantage. “It is about the ability to work together as partners,” said Nadia. “It just so happens that my sister and I have that skill, and we have refined it through working at Diwan. We learn to respect each other’s opinions and initiatives, but also provide criticism when it is needed. At the end of the day, we share the common goal of the good of the company, so that is our one criteria of success.”