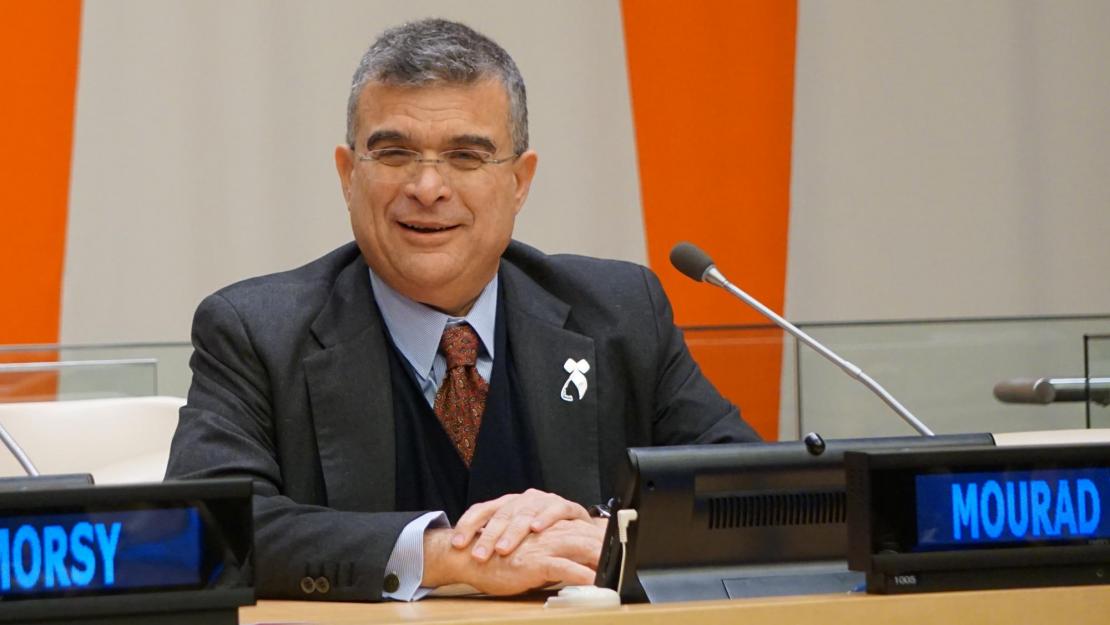 Challenges and Priorities at UNDP

In his new post, Wahba hopes to bring attention to what he perceives as an important segment of the Arab population. “A third of the population of Arab countries is between the ages of 15 and 29,” he pointed out. “They are our hope for the future of the region, and they must be the focus of our programming.”

With a wide area of focus and an array of challenges at hand, it is important to identify the major issues and priorities.  “In view of the various conflicts in the region, I have to emphasize issues of peace building,” Wahba noted. Some of the challenges he detailed were climate change, particularly important with the series of droughts experienced; the role of women in development and governance; and the accessibility of jobs for youth.

Wahba also sees non-governmental institutions as integral instruments in shaping the Arab region. “I hope to strengthen the role of civil society, especially the role of women’s organizations, as this sector will truly factor into progress for our region,” he said.

Still, true progress will emerge out of collaboration among all sectors and networks. “I will work closely with governments, donors and colleagues in the United Nations, reaching out to non-state actors in both civil society and the private sector,” he affirmed.

The work of the UNDP in a region as large as the Arab world requires a hefty budget in order to tackle the broad range of challenges facing different countries. Last year, the budget totaled more than 720 million dollars. “The work is challenging but extremely interesting, as I cover a range of countries, from low-income regions such as Somalia to middle-income countries like Egypt and high-income countries such as the United Arab Emirates,” explained Wahba.

AUC as a Source of Inspiration

Wahba feels his time at AUC both as a student and professor exposed him to the international nature of the University community and helped to carve out his path toward a career in international relations. “I think what inspired me most were the conversations with colleagues from all over the world as well as the rich library resources,” he noted.

His interactions with students were formative as well. He explained, “The student body was diverse and filled with brilliant minds from whom I learned very much.”

Wahba recalls originally seeing himself pursuing an academic career, with a side interest in public affairs. “I sort of wandered into a career in international relations,” he said.

After teaching with the economics department at AUC for six years, he joined the United Nations in 1993 with the election of the late Boutros Boutros-Ghali as secretary-general. “I went to the United Nations, originally planning to stay for one year to add a practical side to my academic interests, and I have been there ever since,” he said.

Egypt’s Role in the United Nations

Among the critical voices working to shape the Arab region is that of Egypt. As a member of the Security Council, Egypt “has a strong voice in defining peacekeeping priorities inside as well as outside of the region,” shared Wahba.

Beyond traditional peacekeeping, Wahba also explained that Egypt plays a leading role on a multitude of fronts. “Egypt is active on issues that cut across traditional areas,” he explained. Among these issues are women in peace and security, protection of world heritage in armed conflicts, forced displacement and trafficking, peace building and African development. “Egypt plays an extremely important role at the United Nations and is a strong voice for development. The Egyptian permanent mission to the United Nations is very active indeed,” asserted Wahba.