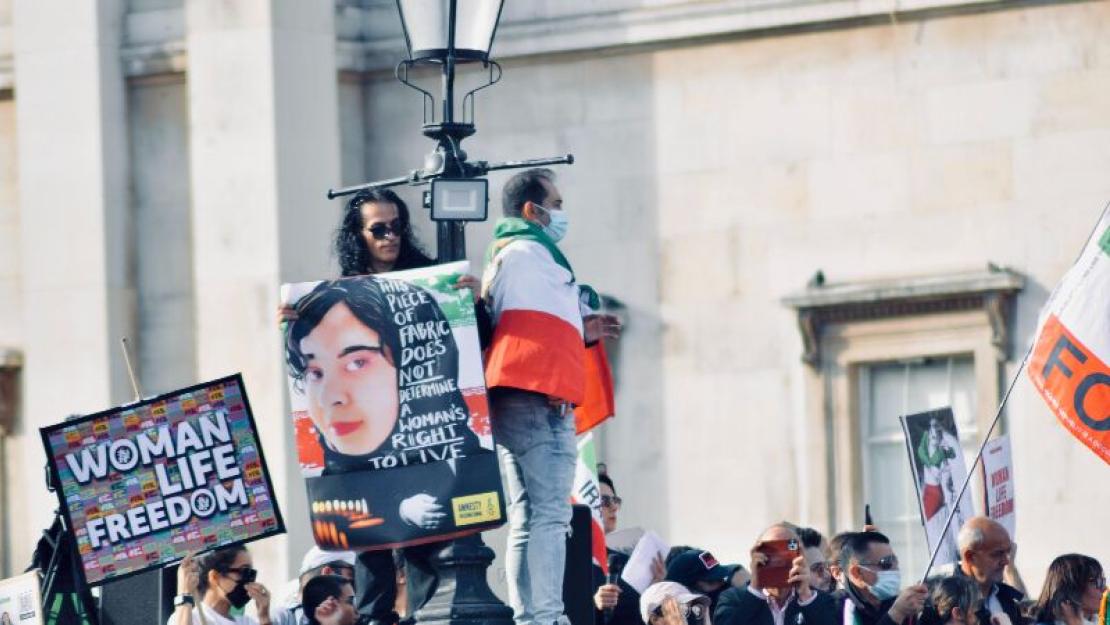 Protests have erupted in Iran after the death of Mahsa Amini in the custody of the country’s morality police last month. Women have taken to the streets, removing their hijabs and even burning the fabric to protest Iran’s modesty laws. Maye Kassem '89, associate professor in the Department of Political Science, and Rawan Adel Maged ‘17 share their collective insight on the situation as the protests stretch into their fifth week.

What does it mean for the hijab to be the focus of the protests?

It's not a coincidence that the veil is at the center of current protests. The Islamic Republic has been antagonistic to women as a totalitarian state since its founding, and requiring them to wear the hijab is one of its most obvious attempts to restrict and marginalize them.

What are the goals of the protestors?

Prior to the recent protests, prominent opponents of the dictatorship were unwilling to make rejecting the "compulsory veil" a political demand, frequently neglecting the push from female activists to criticize the particular kinds of oppression experienced by half of society. Therefore, the current protests fight for women’s rights as a whole and call against marginalization and restrictions set on Iranian citizens.

How are these protests different from past protests, such as Bloody November?

Unlike the previous protests, these are not driven by economic or political discontent. Rather, current protests call for “women, life and freedom.” This indicates a more generalized opposition to the entirety of the Islamic Republic and makes women’s rights and freedoms at the core of these protests. Another major aspect that makes current demonstrations different is that there is no single leader.

Who is supporting the movement?

A unique feature of the current movement is that it is receiving support from women around the world. This is one of the few occasions when Iranians within Iran and abroad have joined together to express their aspirations.

One interesting point is that clergy do not have any connection to the movement. This is not to argue that it is a campaign against religion; in fact, protesters have purposefully avoided using any religious imagery or language.

What role does the clergy in Iran have in this situation?

Clerics have historically played a significant role in all major political revolutions in Iran, from the Constitutional Revolution of the early 20th century through the Islamic Revolution of 1979. Clerics are unable to embrace this movement's core beliefs or goals because, in the views of the clergy, the demand for equal rights for women poses a threat to sharia and their position as its protectors.

You mentioned that these protests are unique because there is no single leader. Do you think Iranian women can achieve their goals without a clear figurehead?

Generally, while the current demonstrations have no single clear leadership, participants are united by a common goal and aim. Demonstrators appear to be breaking away from established political opposition groups and individuals, whether they be domestic reformists or dissidents abroad.

Who are the members of this movement?

The majority of the movement's members are young Iranians under the age of 25 who declare themselves to be opponents of both the Iranian regime’s ideology and the mindset of the older generation, including anti-regime politicians.

Where are the protests happening?

Do you think the Iranian government will offer reforms?

The most obvious reason that the Iranian government may refuse to reform, or compromise is fear of encouraging further demands and protests that may have a negative impact on their legitimacy and may even trigger their downfall