Faculty Tips on Striking a Balance Between Lecturing and Student Participation 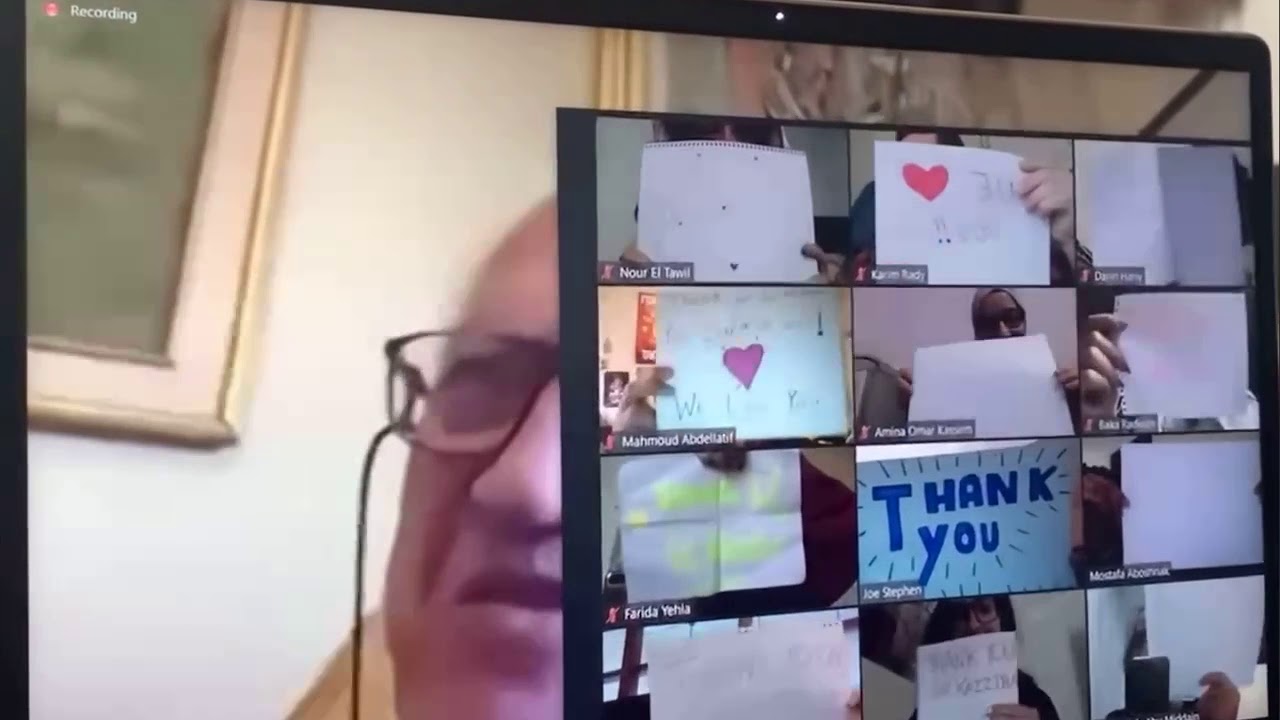 “A number of students sent me thank you notes during the semester. However, the most rewarding gesture of thanks that I received from them is when at the end of the last class, they unmuted the sound and video and each one of them carried a note of thanks expressing their appreciation. For me, it was a thrilling gesture, which I will always cherish,” said Walid Kazziha, professor of political science.

For Kazziha, what seemed to work the best in online learning is striking a balance between lecturing and student participation.

“At first, students found some difficulty in getting out of their comfort zone. They resorted to hiding behind muting their sound and picture, and left it to me to take the initiative while they watched,” he reflected. “However, with some effort, it was possible to draw them out gradually, as I followed the tactic of presenting the topic briefly at the beginning of class (10-15 minutes), and then asking very simple questions related to how students felt about the subject under discussion. As students began to react, I appealed more to their intellect and not only their feelings. More sophisticated questions were posed to them, and the discussion was eventually fueled by students themselves asking questions and debating the issues.”

Kazziha also assigned students short presentations at the beginning of class to keep them engaged, interactive and focused.

Kazziha believes that the most important element in successful online teaching is not only the professor’s preparation of what he’ll offer to the students, but how it will be offered.

“The difference between face to face and online is that in the former, the students are coming to learn; in the latter, they are sitting comfortably at home expecting you to go to them. The trick is to draw them out to have a walk with you and share the effort,” he said.