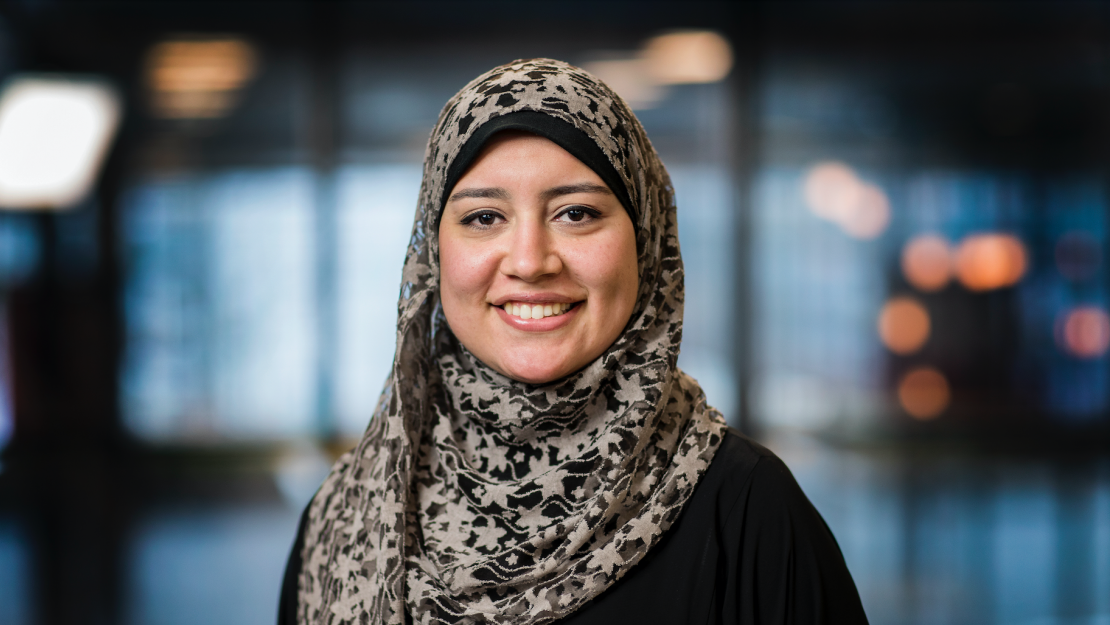 Recently, Physics World magazine announced that Elham Fadaly ’13 and her team at the Eindhoven University of Technology in the Netherlands won the Physics World 2020 Breakthrough of the Year.

By creating a silicon-based material that emits light efficiently at wavelengths in the range of the optical telecommunications window, the team unlocked a door of opportunities for silicon devices.

What's the Research All About? 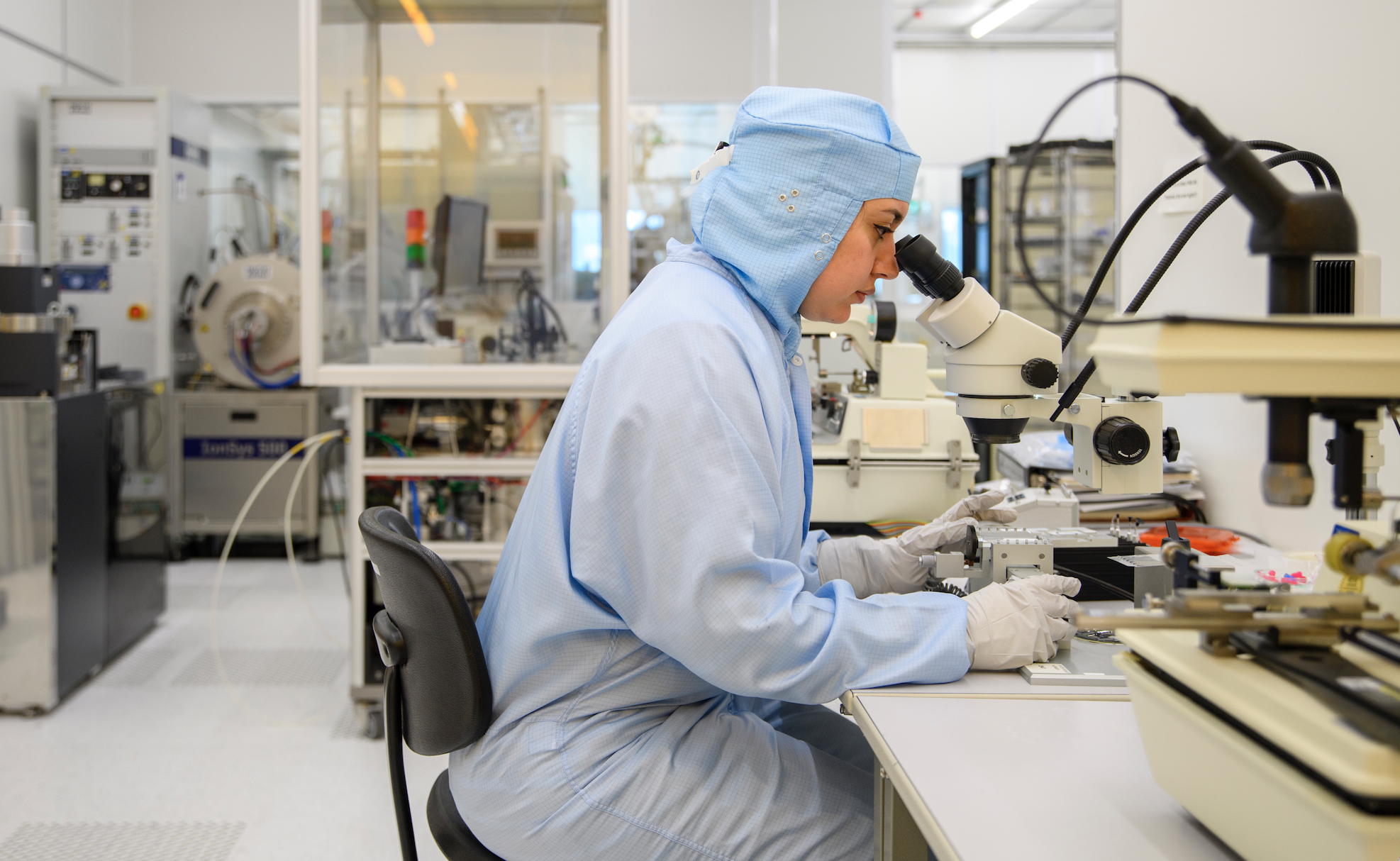 Creating silicon-based material that could efficiently emit light for optoelectronic devices has been a “holy grail” in the field of optical electronic devices for the past five decades, if not more, Fadaly explained.

“Scientists have long been chasing the dream of having a silicon-based light source for nearly 50 years due to the important role it will play in the future with data communication via light,” she said.

“Now that we have the proof of concept that we can generate efficient light emissions from silicon-based materials, the next step is to fabricate a light source out of this material and employ it in optoelectronic devices,” added Fadaly. 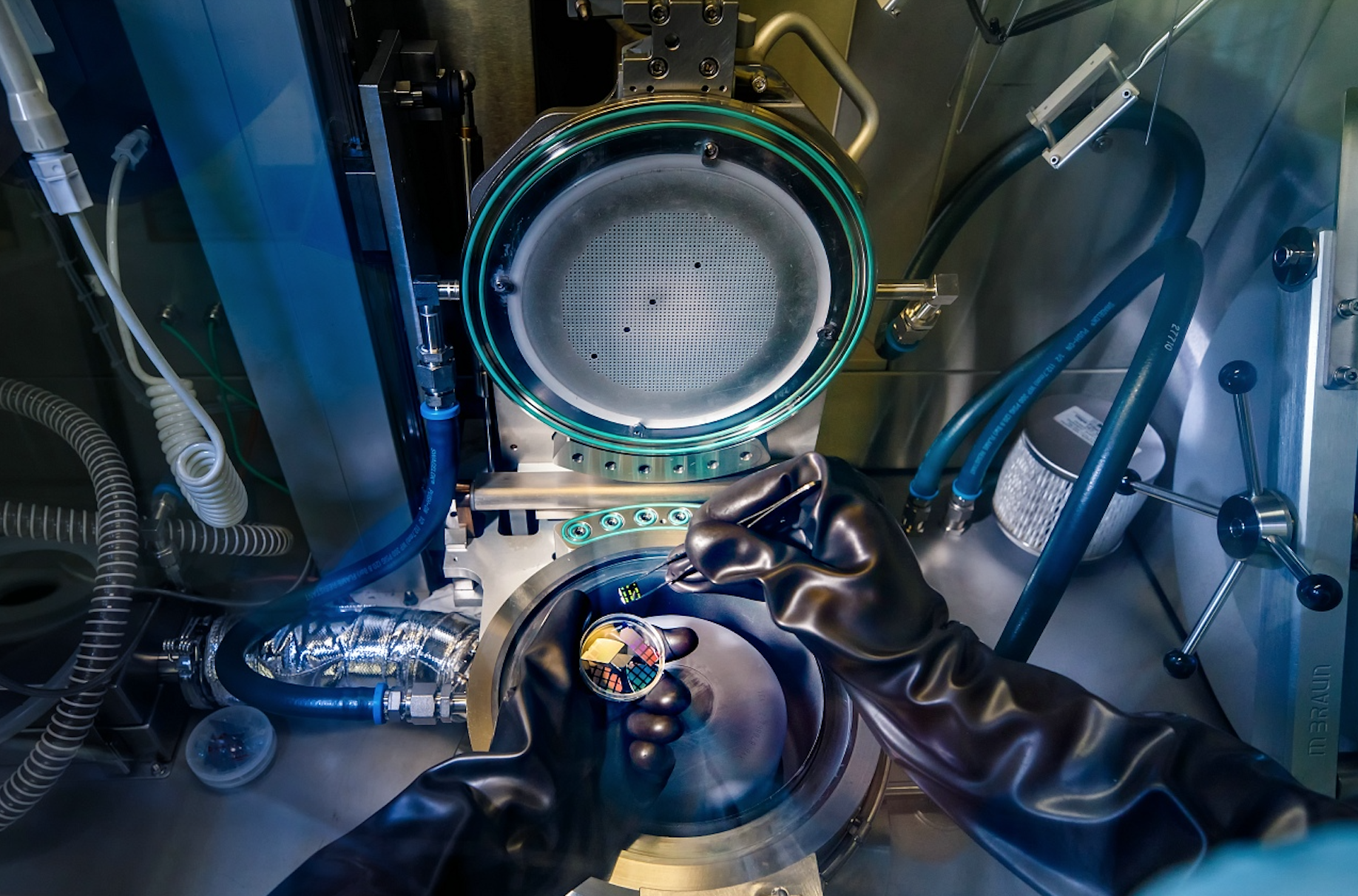 The breakthrough is set to advance the world of computing at large. According to Fadaly, “it can cause a second revolution in the silicon-based photonics field” for its contribution to less power consumption, faster communication and, hopefully, cost reduction. Its applications could include not only data communication but also autonomous vehicles (self-driving cars), biological sensing, medical sensing, solar cells and more.

While the day-to-day technology user won’t precisely experience the impact of silicon-based material in devices, users employing technology on a larger scale certainly will. “The data load is becoming heavier and heavier every year with billions of tweets and social media photos being shared as we speak,” Fadaly said. “We can certainly benefit from faster communication across data centers across the world.”

“From the world’s fastest and most powerful supercomputers to our pocket-sized phones, almost all modern devices still rely on electric wiring to transmit data,” added Fadaly, highlighting that transmitting more data that way means more power consumption (which means more heat) and slower communication due to data traffic. Instead, when data is transmitted through light using silicon-based material instead of wires, devices will perform faster and consume less power – because nothing is faster than light.

Additionally, in the midst of crises, like the current pandemic when vaccinations need to be fast-tracked, fast computing and searching in data systems require equally rapid systems, which is where the material can provide exceptional value.

On the Winning Moment, Collaboration and Being a Female 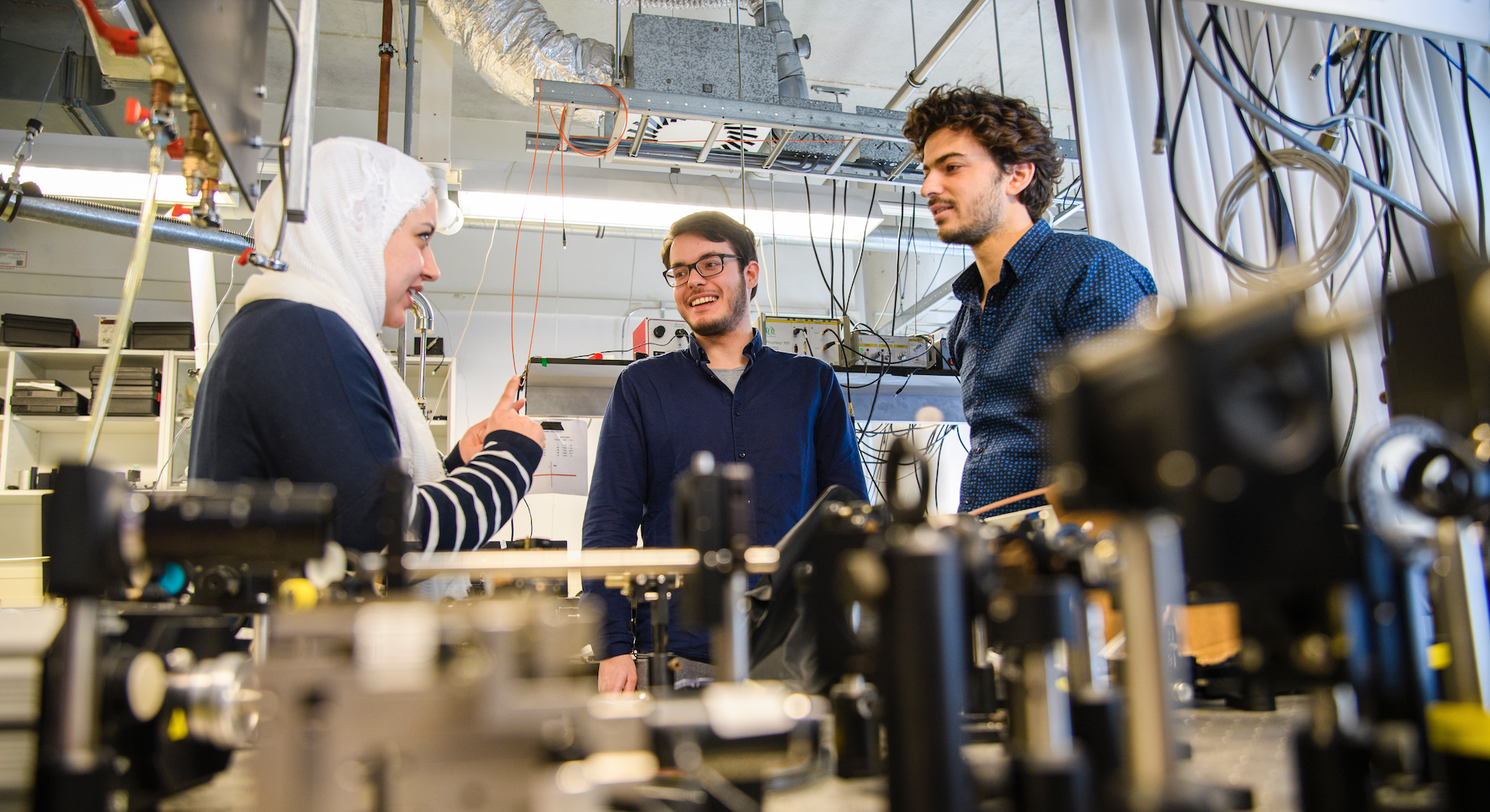 “To be honest, we knew it was hard and challenging since scientists have been chasing this dream for so long. We knew it was a big dream and that if we achieved it, that would be revolutionary” said Fadaly. “I started researching this project four years ago, and my team started even before that, but I didn’t see it coming this fast.”

But above all, Fadaly is proud to be a female setting an example.

“I’m really proud: Being an Egyptian, Arab female made me very proud to set an example that girls can do something in such complicated fields,” she said. “Given that the percentage of females in physics is quite low, I’m proud to have done it -- for myself, my family and my community.”

However, “this isn’t really a single-person achievement at all,” Fadaly stressed. “When science wasn’t as advanced as it is today, people like Einstein were able to make a breakthrough on their own. Now, we’re at the edge of science, and we need collaborations to make breakthroughs – especially if they’re experimental.”

Fadaly’s team is diverse, bringing together members from the Netherlands, United Kingdom, Austria and Germany. Since the research began back in 2012, the team expanded to include 20 co-authors and three equally contributing authors, including Fadaly.

Where It All Started: The AUC Days 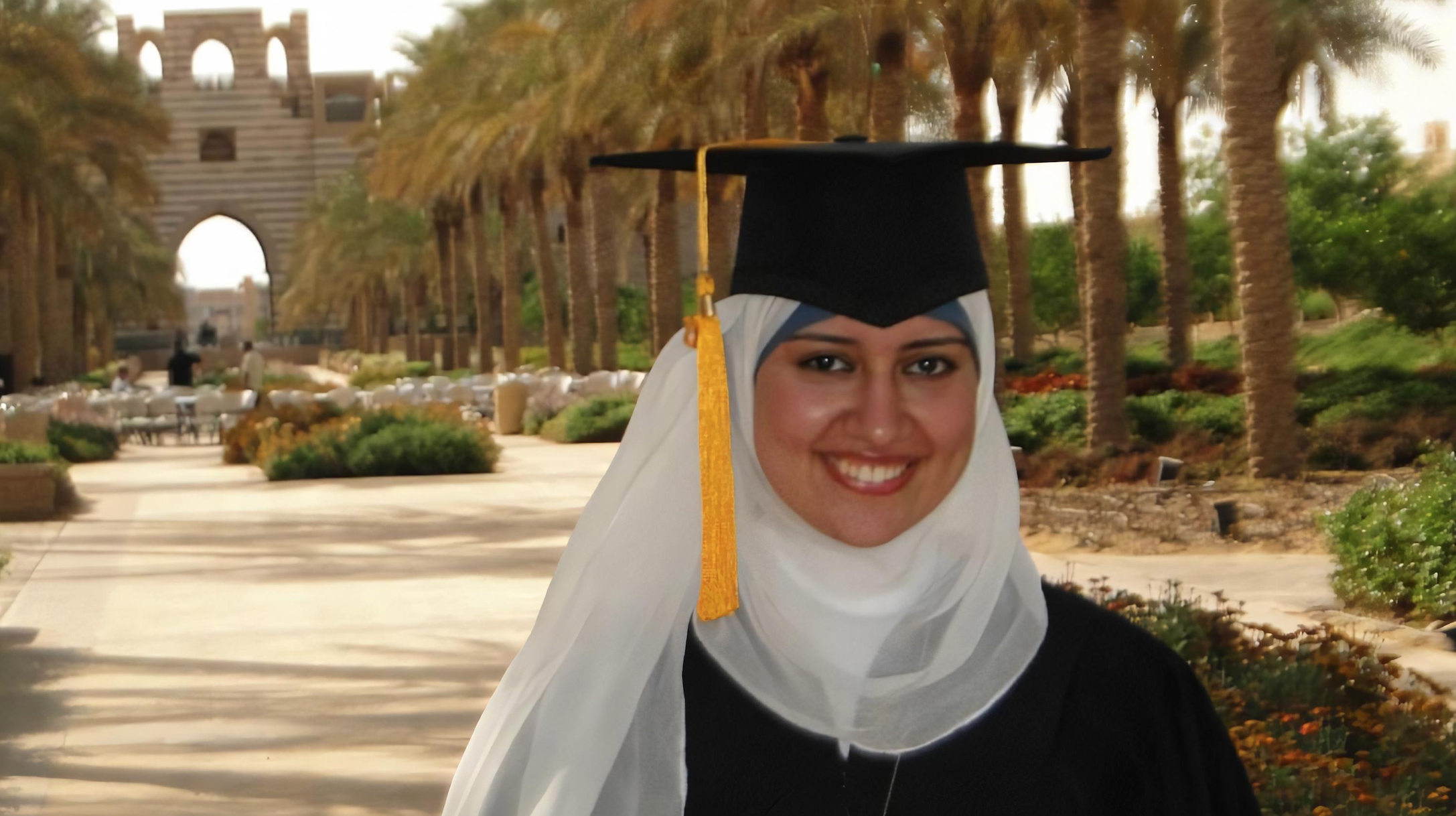 Before starting her electronics engineering education at AUC, Fadaly had spent her education in Arabic schools in Beni Suef, which made her transition to AUC “quite challenging” after she was awarded a full scholarship from the USAID-funded Leadership for Education and Development (LEAD) program.

“I must say that attending AUC was a really transformative step in my life,” she said. “Apart from the cross-cultural environment, the liberal arts system and, of course, the top-notch education, it was about the activities.” From extracurricular activities to clubs, camps and ceremonies – Fadaly joined as many activities as she could, and those were her favorite moments.

Closely following that, her major AUC memory is her semester abroad during her junior year at Drexel University, Pennsylvania. “It was the biggest step for me; I had a dream of studying abroad and pursuing my graduate studies,” she said. “There, I attended courses and labs in the physics of electronic devices, and I was fascinated. When I came back, I decided that was the field I want to continue in. If it wasn’t for AUC and the opportunity to attend that exchange program, my life would’ve been different.”

Giving credit where it’s due, Fadaly is especially grateful to one of her professors, Sherif Sedky, professor of physics, who offered her a one-month internship at AUC’s Clean Room.

“Before that internship, I didn’t know AUC had a Clean Room, and this was my very first step inside the nanotechnology field; it was at AUC,” she reflected. “I was lucky to have the education, facilities and equipment around me.” 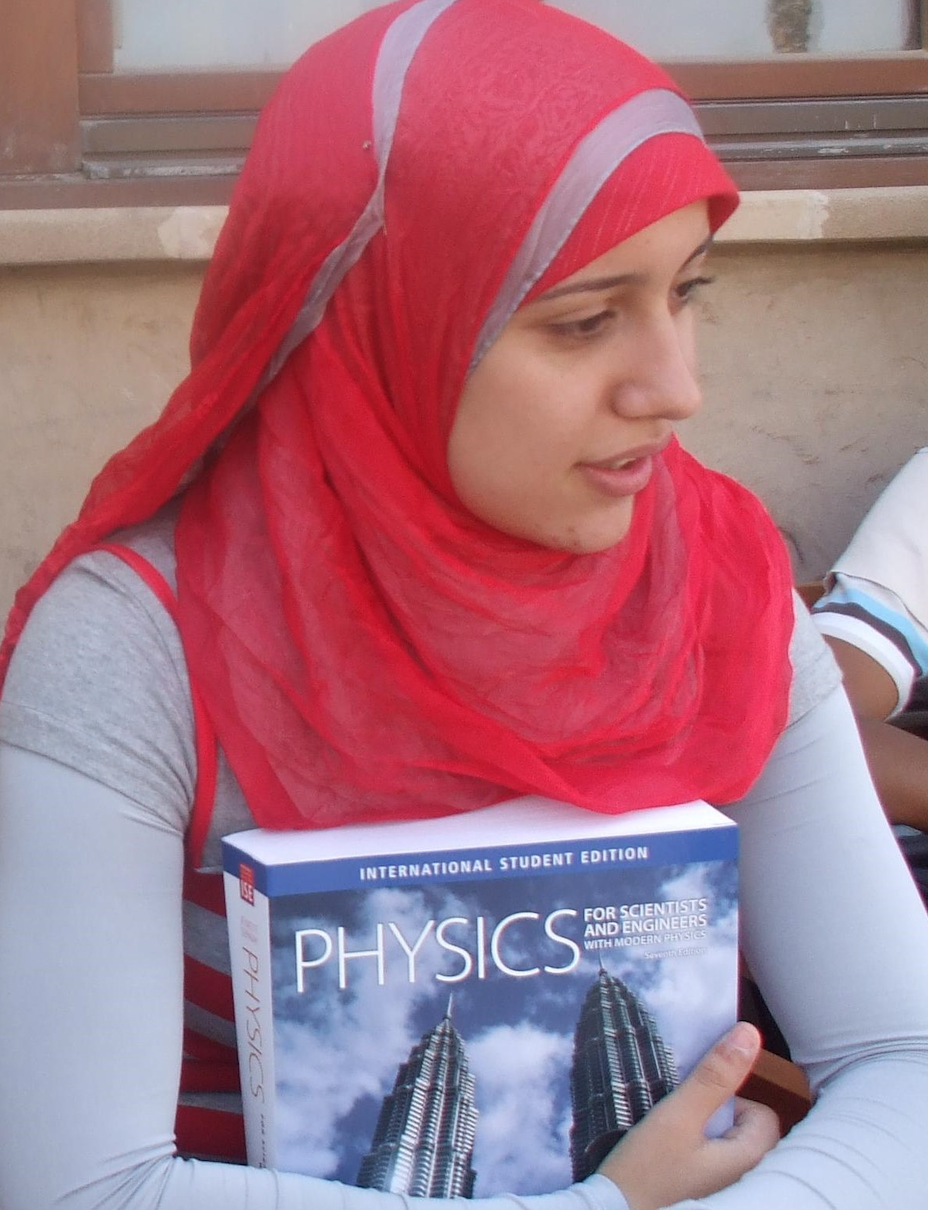 As of now, Fadaly resides in the Netherlands, where she’s a PhD candidate in the Applied Physics Department with the Advanced Nanomaterials and Devices Group at Eindhoven University of Technology. Having studied in Cairo, raised in Beni Suef, and pursuing her higher education studies starting from Belgium, passing through Sweden and now in the Netherlands, she calls herself “scattered,” and more than anything else, she misses “the spirit of the people and warmth of social life in Egypt.”

Moving forward, research is always her object of desire. Precisely, her passion lies in the physics of materials and extending it to industrial applications.  Yet she plans to bridge the gap between academia and industry soon by joining an industrial environment where she would be able to apply her findings. However, there’s no doubt she would like to come back to research and academia in a few years.

“I love research for its value. This is all I dream of -- to continue adding to scientific knowledge in a way that benefits humanity and the scientific community,” emphasized Fadaly.