AUC's Board of Trustees Votes Unanimously to Renew President Ricciardone 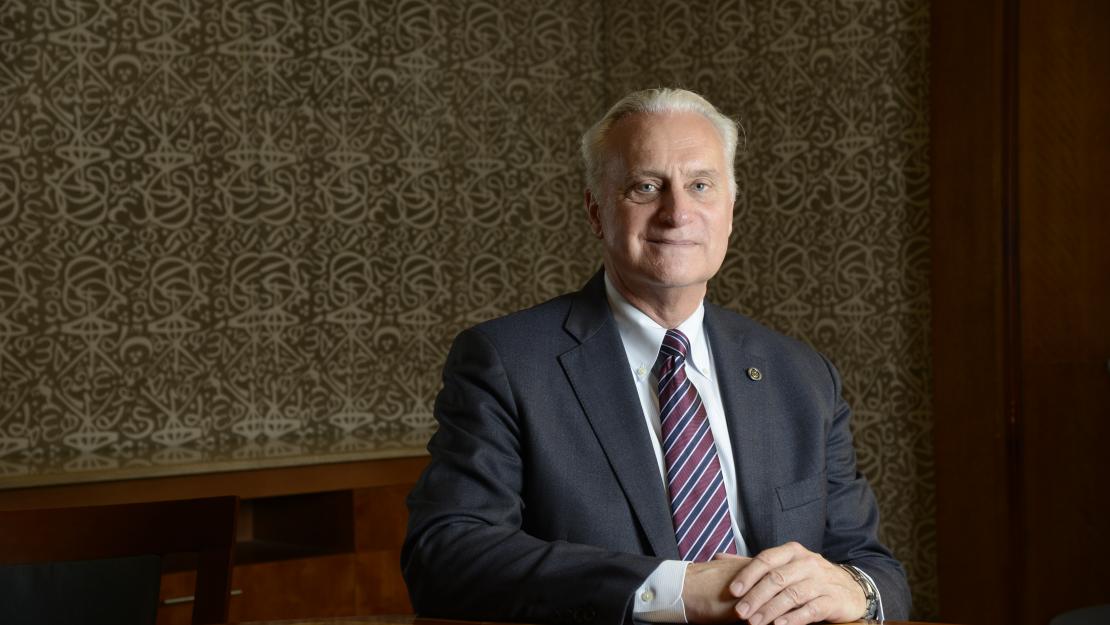 The American University in Cairo’s Board of Trustees voted unanimously to renew President Francis Ricciardone for a second four-year term, effective July 1, 2020. At its May board meeting in New York, the Board commended President Ricciardone for his leadership of the institution. “We are pleased that President Ricciardone has agreed to continue his fine service of AUC for another term and look forward to working with him to fulfill the alluring promise of AUC's second century,” said Board Chair Richard Bartlett.

President Ricciardone began his current term at AUC in 2016. “I have felt deeply privileged and personally gratified to serve AUC over my first three years at our fine institution,” said President Ricciardone in accepting the renewal. “I am honored and delighted that the Trustees have afforded me the opportunity to continue serving and collaborating with such dedicated faculty and staff and ambitious, creative students, over many more years ahead.”